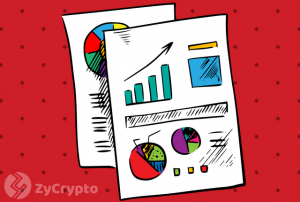 The current market data as of press time shows that there’s about to be a collision between Ether and XRP in market capitalization as both tokens rake in a total of $13 billion. While XRP sits on the most promising end, with a $647 million addition to its market cap, a competition is spurring up as Ether whose $13 billion precedes a total of $104 million as of this writing.

Seeing that these tokens are known for their competitiveness in market cap, there’s a possibility that Ether can overthrow the XRP and move its way back up to the second spot between the next few days, however, if new bullish trends surface in today’s market, the overthrow might take place in the next 24hrs.

As of this writing, Ripple XRP is showing itself to be slightly more in control as it rakes in 0.02% in gains, while this is not enough to maintain stability for the next 24hrs, XRP is the only cryptocurrency amongst the top five that is currently amassing gains.

Not only will this give it an edge against Ether, but a boost in market volume will also make the needed impact required to keep its token afloat. XRP had also suffered an upsurge in trading volume within the last 24hrs, as of yesterday, XRP closed with a trading volume of $376.38 million, as of this writing, trading volume has dropped by up to $27 million as it now sits at $349.27 million.

This drop in XRP’s volume did not change anything for Ether whose trading volume has also dropped significantly in the past 24hrs in an even more intense rate than Ripple XRP. Ether closed at $125 in trading price, at which time trading volume was at $2.22 billion, this amount has dropped by more than $100 million since the past 24hrs.

Although Ether has declined by 1%, the battle in market capitalization is still ongoing as Ether has now grossed a total of $23.11 billion against XRP’s $13.65 billion at the moment of this writing, if market movement continues in this pattern, the next 24hrs will intensify the battle between these two tokens, which will lead to change in rankings and positions.

The post $13.57 Billion against $13.10 Billion; Ethereum may retake the second spot from XRP in no time appeared first on ZyCrypto.

Golem initiated a token migration from GNT to GLM to become an ERC-20 token. We’re glad to announce that CEX.IO…

Ripple Inc. has done well in focusing on lifting the banking industry from the impact of the last financial crisis…