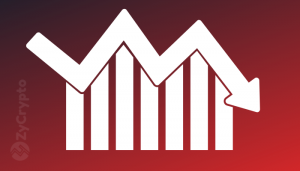 There are a lot of speculations that the recent announcement of the Ethereum Constantinople hard fork that will take place around Jan 14th to Jan 18th must have been a major factor that had been playing around the second largest cryptocurrency, in terms of market capitalization, Ethereum.

However, its resistant against falling below the $150 mark could only be sustained between Jan 5 to Jan 7 as it is presently trading at $148.52 at the time of writing, after attaining a present year high of $160.82 on Jan 5th. 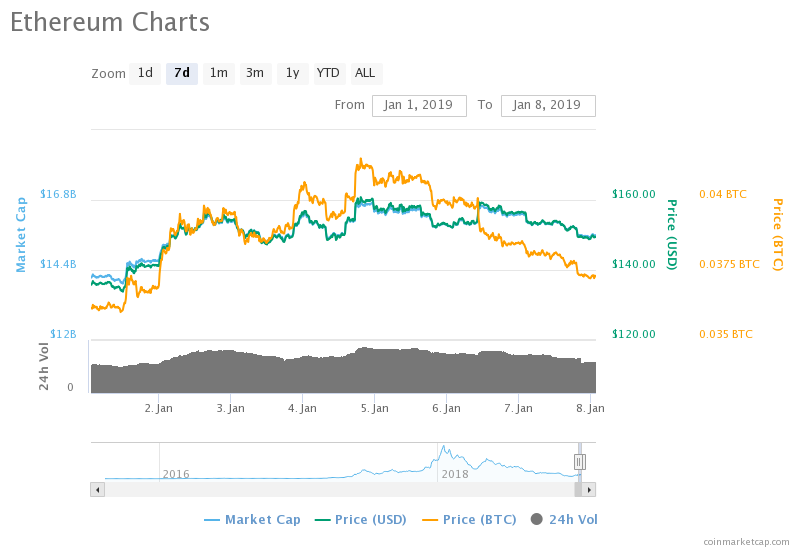 This might not be unconnected with some factors in its present market:

Also, ASIC mine rejection by the ethereum team: ASIC mine has helped to ensure that miners remain in profits and coins are mined faster. Some miners could have reacted negatively against the news as they had maintained that ethereum developers should allow ASIC mines to be used since it cost them a lot to purchase it from its main manufacturer Bitmain. Mining activities are one of the factors that are necessary to sustain activities in a block.

It Could also be To avoid the repetition of the Bitcoin Cash crisis as it should be noted that few days for Bitcoin Cash to be hard forked in Nov 2018, the prices of both Bitcoin and Bitcoin cash crashed a lot. So, ETH holders might have been exchanging coins since the trading volume moved from around 3.33 billion on Jan 5th to 2.71 billion on Jan 7th. This is over 600 million reduction in 3 days.

The post After Strong Resistance for 3 days Ethereum (ETH) Breaks Below $150 appeared first on ZyCrypto.

Tether USDT has made a move today to reclaim the 8th position on the market capitalization ranking list. Tron (TRX)…

Bitcoin (BTC)’s Present Value Compared to Oil, and the Future

Making comparison shows that the fate of bitcoin is likely going to be like that of oil, from all indications.…