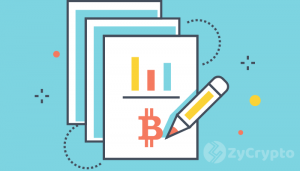 Back in 2008 after the economic crash, there was a developer called Satoshi Nakamoto who wanted to create the ideal financial system taking all the power away from the institutions who caused the pain and suffering for the working-class citizens.

Bitcoin was his solution.

Now 10 years on we have both hated and loved the Bitcoin vision set out by Satoshi with governments fearing the impact it could have on their economies and giving everyday people without access to banks a means of buying items online and store of value as well as eradication of large transaction fees abroad.

Bitcoin has been on a very bumpy ride and has had a lot of controversy surrounding it:

The Dark web only accepted Bitcoin at one point in hope of hiding the identities of the buyer and sellers giving the project a tainted image in the eyes of regulators and the governments.

Attacks on Bitcoin exchanges and wallets exploited bugs and insecurities on the systems meaning a lot of everyday investors and supporters lost their Bitcoin and lost faith in the project.

Manipulation on the exchanges: Because the supply of Bitcoin has been limited since day one early investor who bought and mined got large amounts of Bitcoin really cheap. The “whales” can now exploit the exchanges by adding fake sell walls and buy orders in effect manipulating the prices of Bitcoin.

The above is only some of the problems we have faced as a community. But the real dilemma in my eyes is the community and tribalism surrounding projects.

Project CEO’s in the crypto space are very egotistical and have a lot to say about other projects that they don’t support, this has caused tribalism and toxicity in the space. Reddit and Twitter are cesspits when it comes to toxicity with community members claiming their tokens are the best and all the rest are “shit coins”.

When Satoshi created Bitcoin, I have no doubt in my mind that he wanted there to be a hand full of projects with Bitcoin at the helm with a united community supporting the space, not the toxicity and spam we get today about “get rich fast” crypto projects.

The idea of the world currency being Bitcoin fully traceable and recorded accessible by anyone anywhere which is totally decentralized so can’t be blocked or sanctioned by governments is the dream, but we have not yet reached anywhere near this 10 year on.

Has the dream failed, will we ever see it?

The post Are We Living Up to Satoshi’s Dream? appeared first on ZyCrypto.

Buying your first bitcoin is a big step for any cryptocurrency investor. It marks the point where investors overcome their…

Bitcoin is worth nothing and Backed by Nothing. Really?

Skeptics and critics have continuously attacked Bitcoin as worthless and a useless speculated object backed by nothing. I once came…