Asia has cemented its position as a major hub for blockchain and crypto innovation thanks to a combination of friendly policies and a thriving tech scene. The continent has embraced blockchain openly, led by countries like Japan and Singapore, even though other significant powerhouses like China and India are taking a warmer stance toward disruptive technology.

More recently, the region has emerged as an educational hub for crypto as well. The upcoming Asia Crypto Week, hosted in Hong Kong from March 11th through the 17th, is just the most recent example of Asia’s growing support for crypto. With a variety of independently arranged events and some major networking opportunities, the week promises to be a big opportunity for industry leaders and enthusiasts. To get the most out of the events, it’s best to know what’s happening, when, and how it may help you. Read on to explore the full rundown of Asia Crypto Week.

What is Asia Crypto Week?

Asia Crypto Week is a developer-oriented week of independently planned educational events held in Hong Kong. The event aims to encourage mass adoption of blockchain and crypto by raising awareness and providing first-hand access to the sector. There are significant events planned for the week, as well as several smaller, yet equally valuable educational and networking opportunities.

What is the Main Event?

Headlining the week is Token 2049, a two-day event on March 13th and 14th that will feature over 100 speakers from more than 50 countries. The conference will dive into the token economy and how it has developed and evolved as well as where it’s headed. Token 2049 is also heavy on star power, featuring addresses from some of the hottest, and most significant, names in blockchain. The event will feature speeches from Litecoin creator Charlie Lee, TRON founder, and CEO Justin Sun, Cardano’s Charles Hoskinson, and Primitive Ventures founding partner Dovey Wan.

Another major event unfolding at Token 2049 is the inaugural Ethereum SuperMeetup. Nine Ethereum communities from across the region will assemble to discuss the future of the ecosystem and the broader community. Leading the conversation will be Ethereum co-founder Vitalik Buterin and other famous names in the sector. The event will cover a high-level overview of the Ethereum ecosystem, as well as regional breakdowns and a panel discussion to end the gathering. 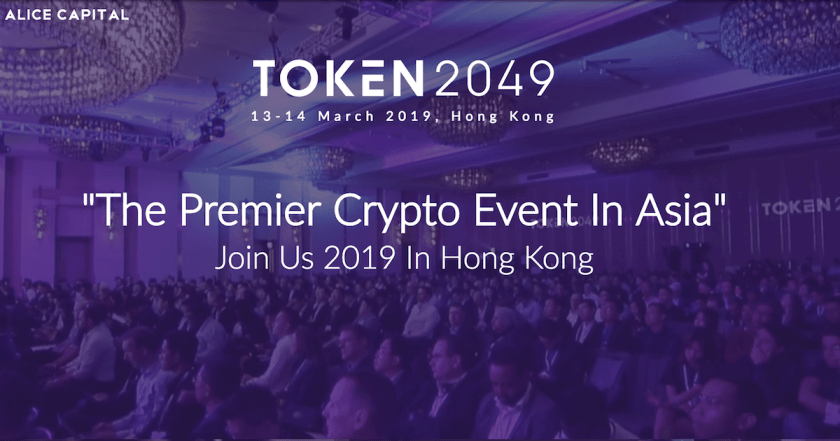 What Else is Going On?

In addition to Token 2049, there are several other big events, both educational and networking, planned throughout Asia Crypto Week. These feature informal gatherings led by industry VC firms such as 256 Ventures, 1KX, and Alice Capital, as well as seminars and conferences covering security topics and emerging trends. The list is still being updated as new events are announced, but there are already several intriguing topics scheduled.

One of the more notable events offered is a discussion hosted by TenX on cryptocurrencies and the future of stablecoins, which will cover ideas of financial inclusion, making crypto spendable, and creating open protocols and standards for integrating blockchains. Another exciting opportunity is the screening of the documentary Cryptopia, which explores blockchain, bitcoin, and how they are helping shape the internet’s future.

For those interested in the investing side of the blockchain, Security Token Future, a group which hosts a series of global conferences about security token offerings, will also hold an event. The evening will feature two panel discussions and will include speakers from several VC firms, as well as industry veterans. In a similar vein, Blockpass will host its seminar focused on security tokens.

Additionally, entrepreneurs can take advantage of the Blockchain startups workshop, which offers an introductory view of blockchain from technical, legal, financial, and regulatory perspectives. If you are seeking to break into the industry, this event will be especially valuable, occurring on the last day of Asia Crypto Week.

A Landmark Opportunity for Blockchain

All in all, Asia Crypto Week is slated to be one of the biggest crypto events in 2019. For investors, it represents the opportunity to learn about emerging trends and network with new and exciting projects. For developers and entrepreneurs, it offers an educational opportunity, as well as the chance to put in face time with some of the leading venture capital funds attending the event.

More importantly, it is a massive undertaking that should help shed more light on the fast-growing blockchain sector. The key to unlocking blockchain’s mainstream appeal is by showing the world a thriving ecosystem while simultaneously pushing for innovation and education. With Asia Crypto Week, the blockchain industry is taking another significant step towards heightening adoption and furthering community expansion.

The post Asia Crypto Week 2019 Is Upcoming Up This Month: Everything You Need To Know appeared first on CryptoPotato.

MicroStrategy Inc. has purchased more Bitcoin by paying $50 million at an average buying price of $19,427. The company CEO…