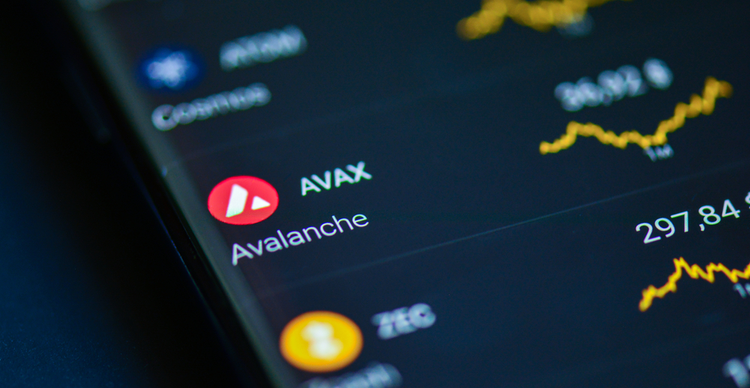 Avalanche (AVAX) is the talk of the town this month, with a 154% climb in the last 7 days

After a $180 million liquidity mining initiative kickstarted Avalanche’s historic rally last week, AVAX has risen by 200% in price over the last fortnight, and the coin is on the verge of posting a new all-time high above $59.40. As one of the biggest gainers among the mid-cap and large-cap coins, investors are flocking to Avalanche as it rises to prominence

Learn where to buy AVAX in this article, as well as getting to understand more about the Avalanche project itself.

How & where to buy Avalanche in the UK and elsewhere

You can purchase Avalanche (AVAX) tokens from a variety of different cryptocurrency platforms, so it can be tough to discern the best place to buy AVAX. We’ve shortlisted two of the top licensed vendors for your convenience—sign up and fund your account to start trading Avalanche today.

Avoid DEXs and unregulated brokers as these sites have a tendency to leave investors vulnerable to bad actors.

Avalanche is a multi-chain DeFi ecosystem that combines scalability primitives such as fast transactions and low fees to create one of the most usable and least cost-prohibitive environments in the decentralised finance world.

This has attracted a slow but steady stream of defectors from other chains such as Ethereum, where slow transactions and high fees have made DeFi somewhat inaccessible, especially to inexperienced users and those without large capital reserves.

Should I buy AVAX today?

After a $180 million liquidity mining initiative was announced last week, Avalanche has attracted further interest and looks poised to have a crack at a new all-time high. The coin’s current record price is $59.40, set six months ago in February.

AVAX is currently hovering around $49, and if the steady gains of the last two weeks can continue, there is an argument to be made that it is only a matter of time before a new all-time high is registered.

The post AVAX pumps 200% in 2 weeks: where to buy Avalanche appeared first on Coin Journal.

Crypto exchanges susceptible to breaches due to design | Bybit CEO