Binance Coin has continued to thunder rising another 13% over the past 24 hours of trading, reaching an imaginary new all-time high against the Bitcoin at 0.004 BTC per coin.

The cryptocurrency is now trading for $15 and has outperformed the entire top 20 cryptocurrencies over the past year. While Bitcoin had decreased 65% over the last year, BNB is now 51% up dollar-wise on the annual return (!).

Over the past few months, we have witnessed BNB begin to deviate away from the trend set out by Bitcoin. During February and March, we have seen this deviation increase substantially to the point where now we can consider Binance to be uncorrelated to Bitcoin. This pretty much makes BNB the only coin that has been able to break away from its ties to the Bitcoin trend and correlation.

Binance Coin has now ascended into the 7th ranked position of the leading cryptocurrencies by market cap, as it holds a $2.14 billion market cap value.

The year of 2017 was fantastic for the crypto markets, led by Bitcoin with 20x gains, while many altcoins gained even more: Of the major ones, Ethereum had outperformed, as it became the “coin of the ICOs.” Thanks to the Ethreum blockchain based ERC-20 token mechanism, projects could easily raise funds in ETH via their ERC-20 ICO smart contracts.

We do identify some similarities between BNB of 2019 to ETH of 2017, whereas BNB is the coin used to participate in fundraising events taking place on Binance Launchpad. Following two successful fundraising events, Binance is looking forward to March Celer Network fundraising. 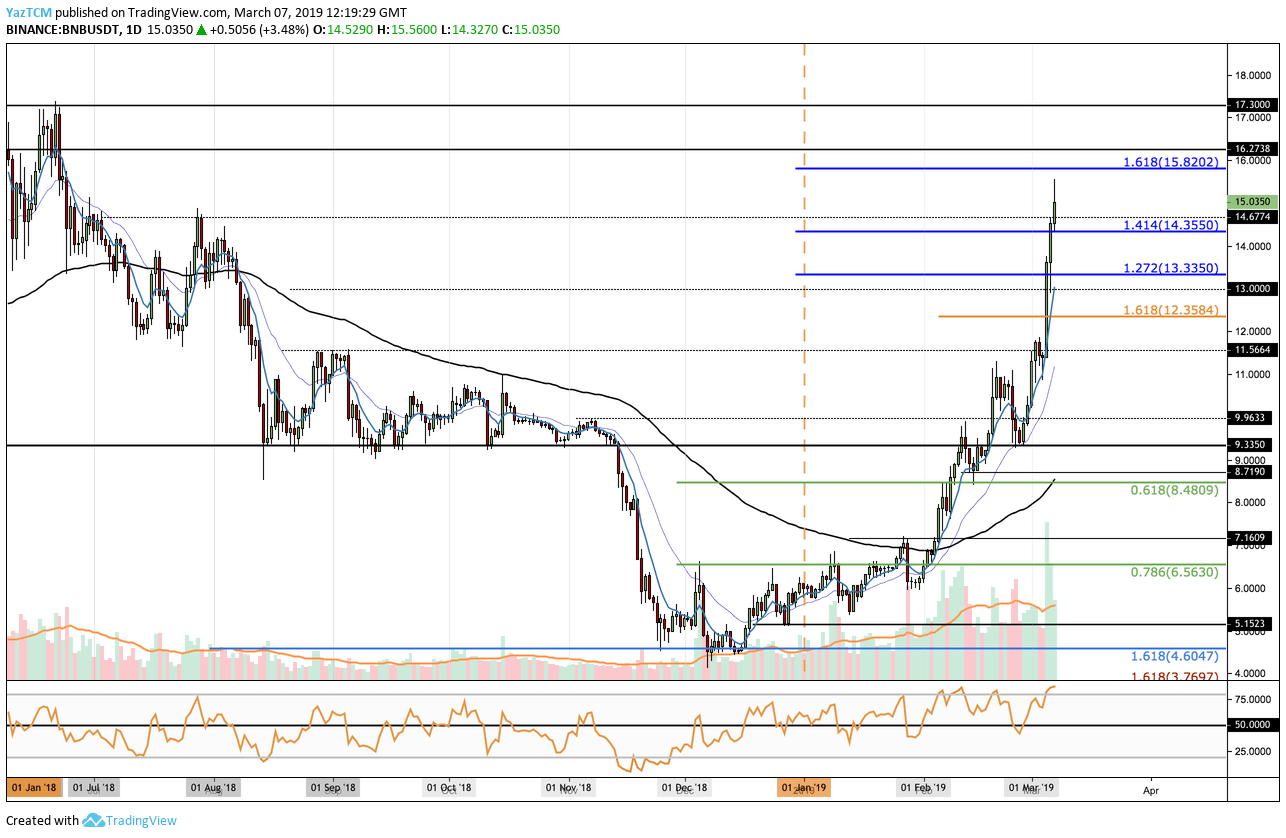 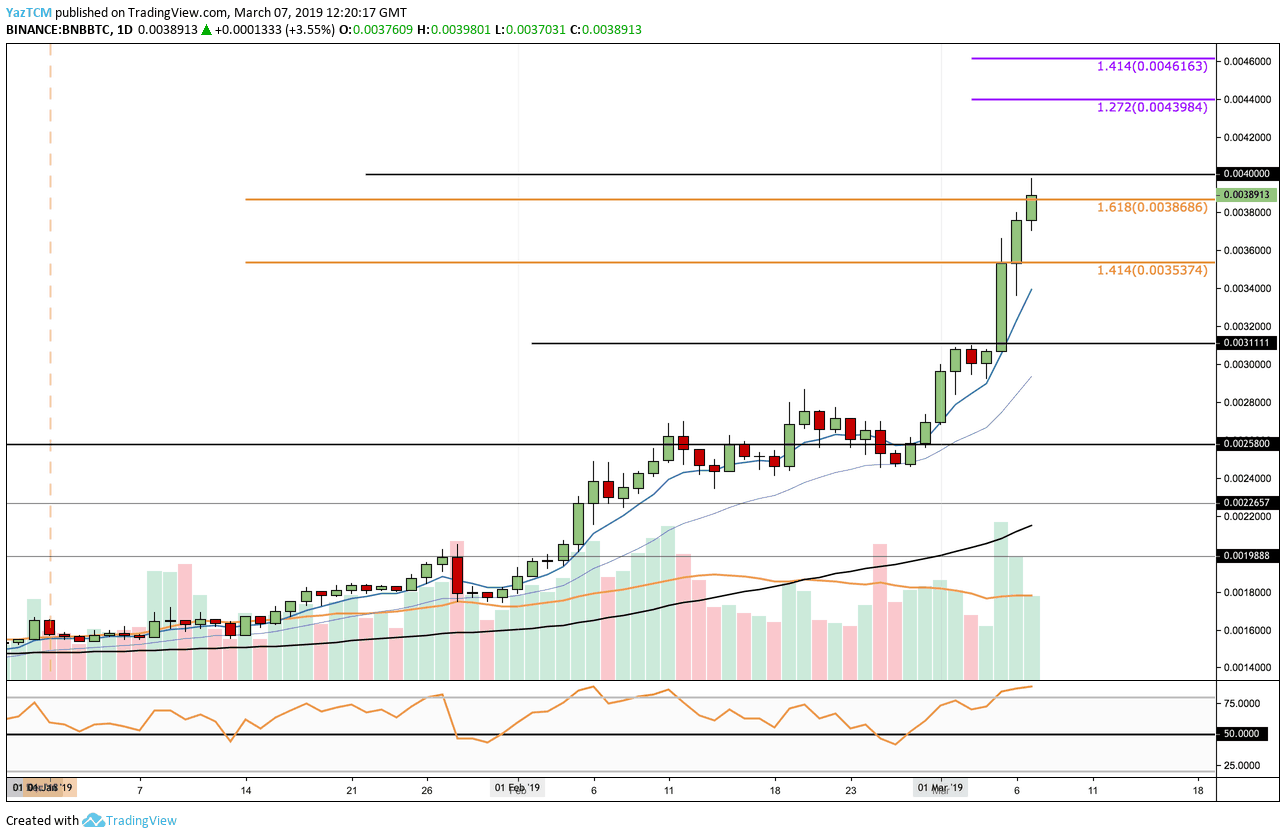 The post Binance Coin (BNB) Is Unstopable: Becomes The 7th Largest Crypto Following 100% Monthly Gains. This Could Be The Reason appeared first on CryptoPotato.

Bitcoin Halvening Draws Closer, But What Is Quantitative Hardening?

Bitcoin halvening is approx 31 days and a few hours away. Its that event when the Bitcoin block rewards are…

1 Satoshi is Now Worth More Than 7 National Currencies

As it turns out, the smallest denomination of Bitcoin is already worth more than quite a lot of national currencies.…