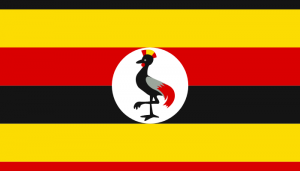 Binance, the world’s largest and most valued cryptocurrency exchange, has been making big moves from time past and last year, the exchange made it clear that it will not be slowing down anytime soon.

With more than 100 coins/tokens, including Bitcoin and Ethereum, listed on the exchange and tons of traders trooping to Binance for trading activities, it springs no surprises why the exchange is establishing new branches and offices outside its headquarters in more than two counties, including Hong Kong.

As Binance continues to stretch its services with its newest new fiat-to-crypto exchange in Jersey, it will be important to note that the exchange had previously launched a fiat-to-crypto branch in Uganda.

Interestingly, the exchange was welcomed with a high acceptance rate as Ugandans quickly patronized the BinanceUG service. However, a month later, the BinanceUG hype has dyed down, leaving speculations that the exchange may not be Uganda’s top choice after all. So, what exactly is going on with the only cryptocurrency exchange in Uganda?

BinanceUG has secured over 40,000 Ugandans

In the aspect to acceptance, BinanceUG garnered a total of 40,000 users between October and November. It was reported that more than 70% of Ugandans were without bank accounts. Using this pattern, if users are still showing interest in the exchange, which should most likely be the case, the figures can be estimated to have now landed between 60,000 to 80,000.

At present, the Binance Uganda twitter page is no longer up and running, for reasons undisciplined. However, the last major move made by the exchange was its listing of BnB and Paxos token alongside BTC and Ether. Following that, Binance also made a strategic move, one that was not only valuable for Ugandans but for exchange as well, as it donated the sum of $54,000 in BnB to the Ugandan landslides victim, all of whom will also receive free virtual asset wallet for cryptocurrency storage.

The post Binance Uganda; A Quick look at the Exchange’s Progress so far appeared first on ZyCrypto.

At press time the cryptocurrency market is outperforming in leaps and bounds, market structure has been looking highly promising with…