Glassnode has spotted Bitcoin’s on-chain activity surging to a new all-time high as over 22.3 million addresses sent or received BTC in January

January 2021 was a record month for Bitcoin’s price as well as network activity. The largest cryptocurrency by market cap passed 22.3 million unique addresses actively sending or receiving BTC over the course of the month.

The milestone was first spotted by crypto market data aggregator Glassnode, who posted a tweet about this historic event:

In January, more than 22.3 million unique addresses were active in the network sending or receiving $BTC – the highest monthly number in Bitcoin's history to date

Despite the increase in unique active wallets holding Bitcoin, Glassnode also noted that the number of “active entities” on the Bitcoin network has decreased by a large margin ever since BTC surged to new highs in early January. Glassnode stated that an entity is, according to their definition, “a cluster of addresses controlled by the same network user.”

Bitcoin trade volume was also the subject of news in January as is spiked to record levels. Last month’s Bitcoin surge past the $30,000 mark to post all-time highs of $42,000 on 8 January was the period of a significant volume increase. However, the volume has descended ever since as BTC entered a three-week consolidation period. 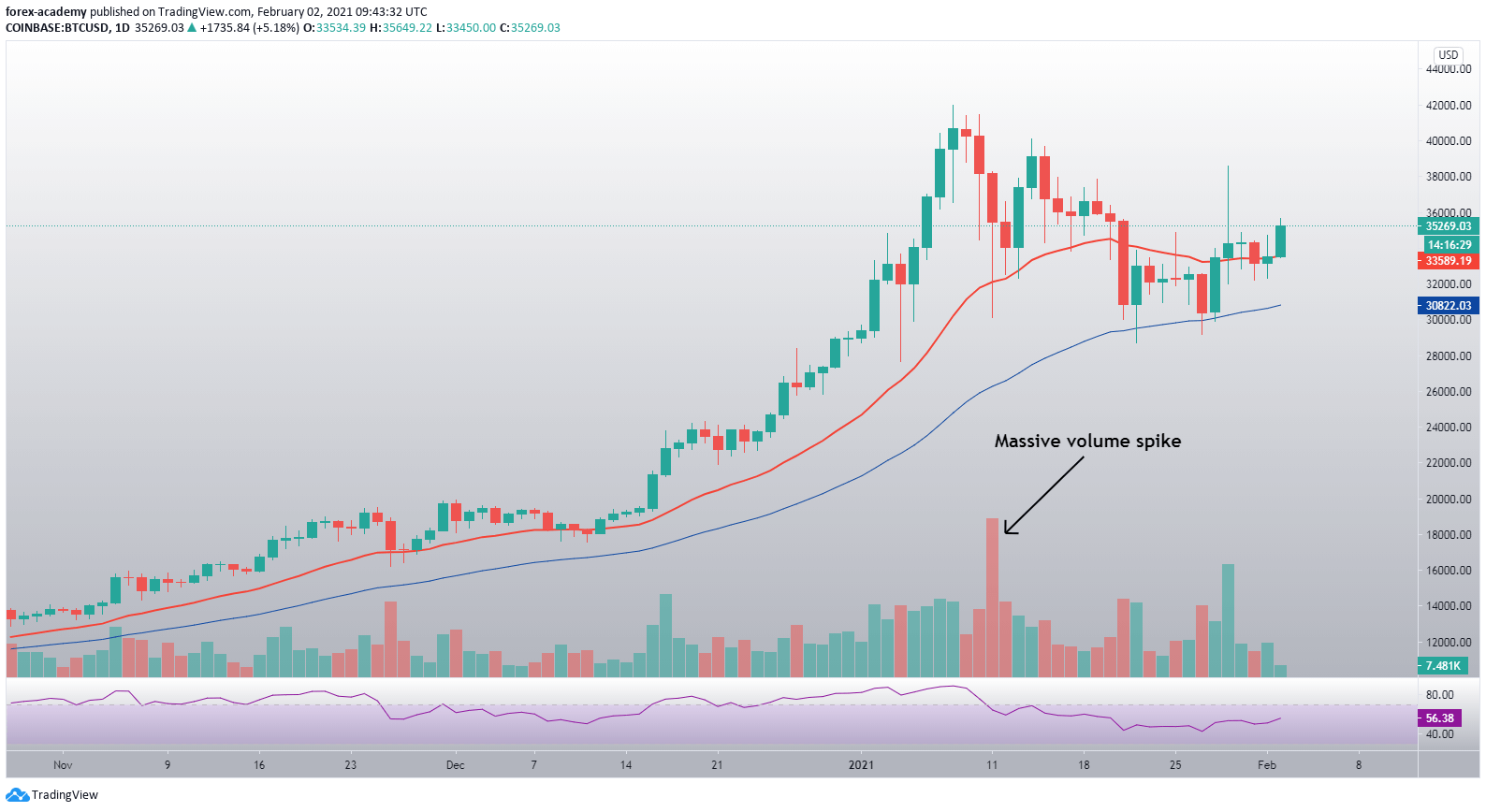 US-based exchange Kraken posted an announcement on 2 February that it had processed more transactional volume just during the month of January 2021 than it had during the entirety of 2019, with $56 billion worth of assets moving on the platform last month.

The month saw numerous crypto exchanges experience outages, which were mostly caused by the massive increase in volume, which caused them to crash. Kraken and Coinbase have, as the leaders in the crypto exchange space, made an announcement that they plan on taking certain steps with the goal of preventing any future failures in the event of a massive traffic and volume surge.

The two central banks say the wholesale CBDCs project is only experimental. Bank of France is one of the…