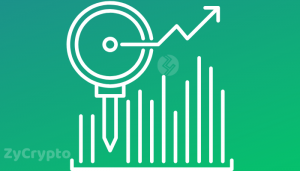 In a surprising move, the crypto market has made a bullish rally. At the time of press, the market is recording gains of over $9 billion with the crypto leader recording one of the more insignificant gains in the last 24 hours.

While most cryptocurrencies have been recording gains of more than 10%, Bitcoin is at the time of press up by 7%. Despite the small gains, the leader has been able to climb above the $3,500 position, one of its psychological positions. With the coin now over this key resistance level, it is likely to rally and hit $4,000 in the short term.

Is This The Recovery?

One of the highest gainers at the time of press is Litecoin which after beginning to rally yesterday has extended its gains and is rallying by over 27%. Following it close is Cardano ADA, Ethereum ETH, EOS, Bitcoin Cash BCH, and Monero which are rallying by over 10%. So, is this the recovery the market has been waiting?

Well, this will remain subject to the crypto leader reaching the $4,000 threshold and remaining above it. Since the dawn of cryptocurrencies, Bitcoin has always dictated the market’s movement. When the leader has rallied, the altcoins have followed and when it has turned bearish, the loyal followers have done so too.

Given this predicament, the real test will remain in the hands of Bitcoin, with the $4,000 mark remaining the key test for the coin. For the rally to remain convincing, the coin will need to break this key resistance level and remain above it. Anything less will be characterized as a classic example of a pump and dump.

While many will like to believe that the current rally around altcoins could persevere despite Bitcoin’s movement, sadly, the truth is far from this. In the past we have seen these coins react negatively to a Bitcoin drop, losing billions in minutes.

Previously, pundits have indicated that the $5,000 mark is the real test for Bitcoin as long as the long term prediction is concerned. This remains true, however, the coin will have to go past its short term goals before getting the real test, and the short term test is around the $4,000 mark.

If Bitcoin can hit $4,000 and successfully stay above it, it will be more likely to hit $4,500 and eventually $5,000. As we continue to monitor the movement of the market, we only hope that this is not a pump and dump orchestrated by whales.

The post Bitcoin (BTC) Rallies As Market Crosses $120 Billion, Is The Rally On? appeared first on ZyCrypto.

Speculation still remains the number one use case for cryptocurrencies. The launch of stablecoins, especially USDT, led to an explosion…

SWIFT too Scared to Face Ripple at the Paris Fintech Forum, 2019