Bitcoin price continues climbing higher in what seems to be an unstoppable bull rally, breaking all correlations with the stock market and any other global market. The current price of BTC is $17,800 and the market capitalization is at $327 billion for the first time ever. The last all-time high was $324 billion on December 16, 2017. 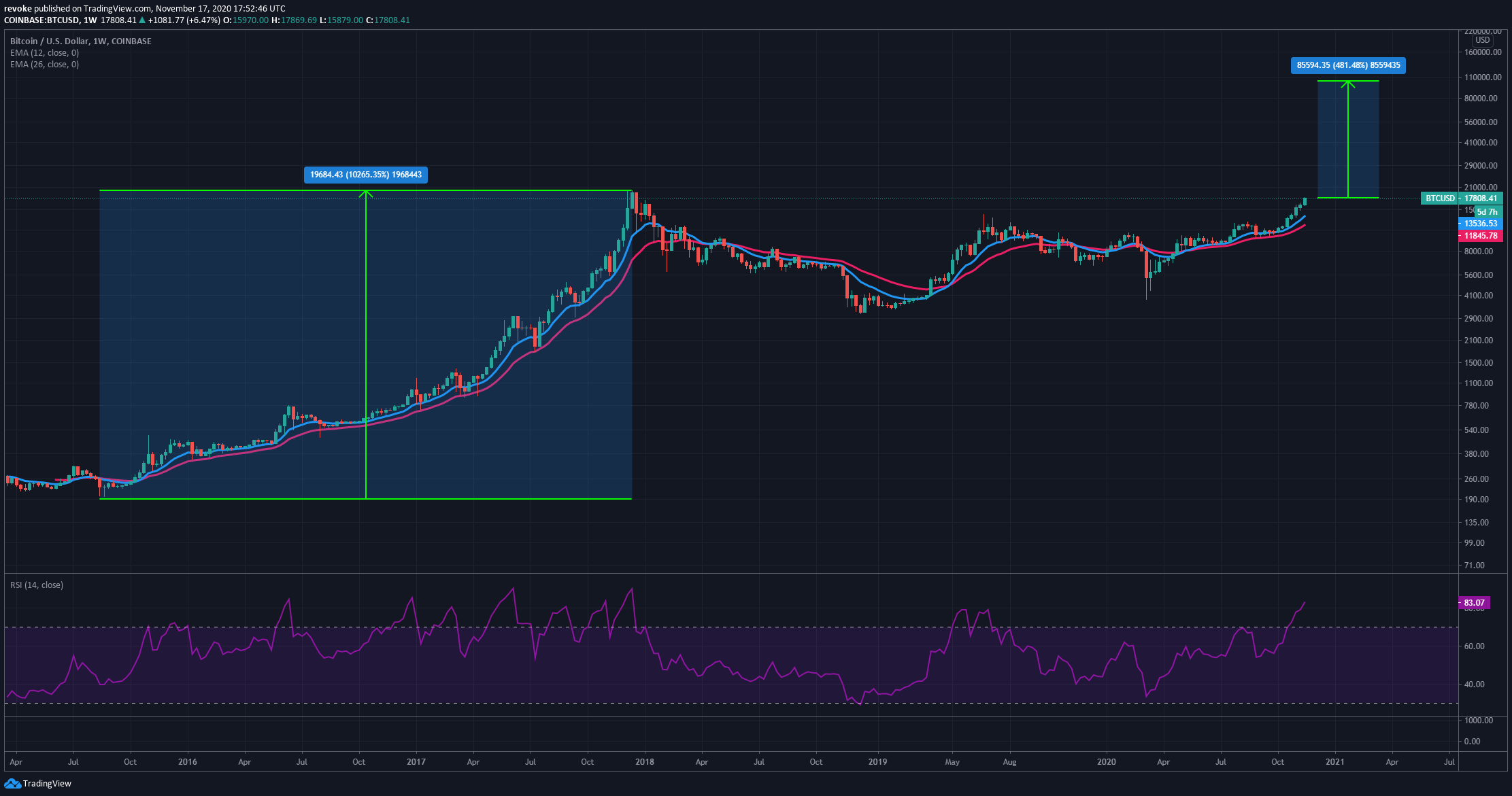 Key Differences Between Other Bull Runs and The Current One

The main difference between the current rally is the significant increase in trading volume. Back in 2015, the cryptocurrency market was still new and institutions did not participate. In the past year, we have seen dozens of big companies investing millions into Bitcoin.

Most notably, the Grayscale Trust Fund has over $6 billion in Bitcoin. It’s also important to notice that this rally started far slower and had a significant pullback in March 2020 due to the coronavirus pandemic.

It is far healthier than it was in 2015-2017 and has more volume behind it. Investors clearly view Bitcoin as a great alternative to gold with many calling it the digital gold again.

On the 4-hour chart, the price of Bitcoin formed an ascending wedge from which it has broken towards $17,000 and above. The next psychological price target is $18,000 followed by $19,000. However, there seems to be very little resistance on the upside as these levels have only been seen during a few weeks in 2017. 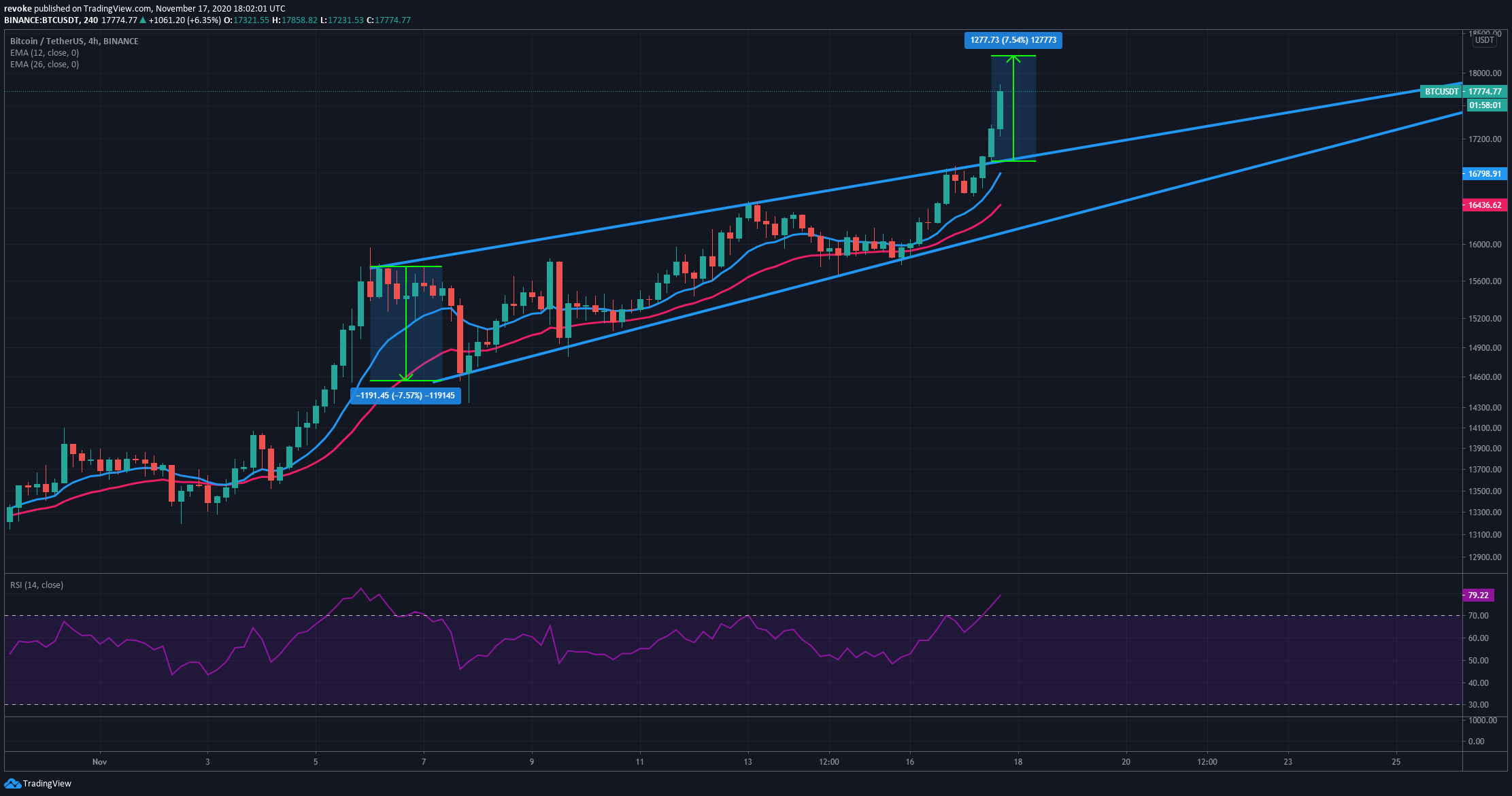 With this breakout, Bitcoin is at least aiming to hit $18,200 in the short-term using the 4-hour chart. Of course, the RSI is overextended on practically all time frames but is not a very reliable indicator right now.

On-chain metrics like the IOMAP chart show virtually no opposition to the upside. Interestingly, the number of new addresses joining the Bitcoin network has decreased over the past week. Similarly, the number of active addresses also declined by 14% in the past seven days, perhaps hinting that Bitcoin is slowing down in the short-term.

Easy Guide: How to Buy Bitcoin on Binance!

Despite the relatively easy process, some people still find buying Bitcoins or other cryptocurrencies hard. We often confuse between having…