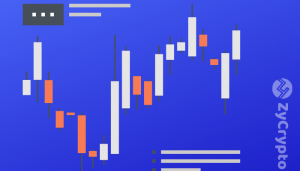 Litecoin is starting the year 2019 with the great milestone of moving a step up the ladder to become the sixth largest cryptocurrency today after outperforming Stellar Lumens in a bull run today 6 January 2019. BTC has also experienced a bull run after a long time, coming up to $4,000.

Despite the bear market, Litecoin has over the last seven days shown a bullish trend with a cumulative rise of 18%. While it has been a bit of ups and downs, the cryptocurrency today saw a price surge from $34.78 to the current $39.72.

Although Stellar Lumens is also in the green zone at press time, it hasn’t seen the kind of surge Litecoin experienced. XLM has itself seen some bullish moves in the year 2018 when it took over the 4th position from BCH before sliding back to the 6th position which Litecoin has finally taken.

Litecoin has reached a trading volume of over $800 Million in the last 24 hours, most of it coming from OkEx Exchange’s LTC/BTC and LTC/USDT pairs, the latter contributing $66 million. Its market cap currently stands at $2.3 billion compared to XLM’s $2.2 billion.

LTC may be off to a good start in the year with this feat and if the trend continues may be getting ready to take the place of EOS in the next few days as it is only $2 million at press time.

Meanwhile Bitcoin, the top cryptocurrency has been struggling to stay at $3,900. In fact, it has spent most of December 2018 in the $3,800 range before today entering the $4,000 price again after about a month since the last time it reached the price.

Ethereum (ETH) however started the year quite well reclaiming its second spot from XRP after a long time in the third position. The number two cryptocurrency has been on a bullish ride and has just reached $160.

With Litecoin and Bitcoin breaking major points today, does it mean the market is in for a better market in the coming days, months and the rest of the year? We will be watching very closely and keep you posted on the market trends as things may be turning around for the space in line with the 2019 expectations.

While big whales buying Bitcoin to keep it afloat, new assets were boiling in the background, and Ethereum was preparing…

Ripple has been on a hiring spree the past few months. They have been aggressively searching for top-notch tech talent,…