The price and trading volume are on the rise. Resistance at $3,700 has been breached and the support is currently in this range. The next resistance is at $4,000. It could be said that rapid rises cause volatility and instability, so the moment, it cannot be said that this is a change in trend, but it is defiantly a boost for the Hodlers. 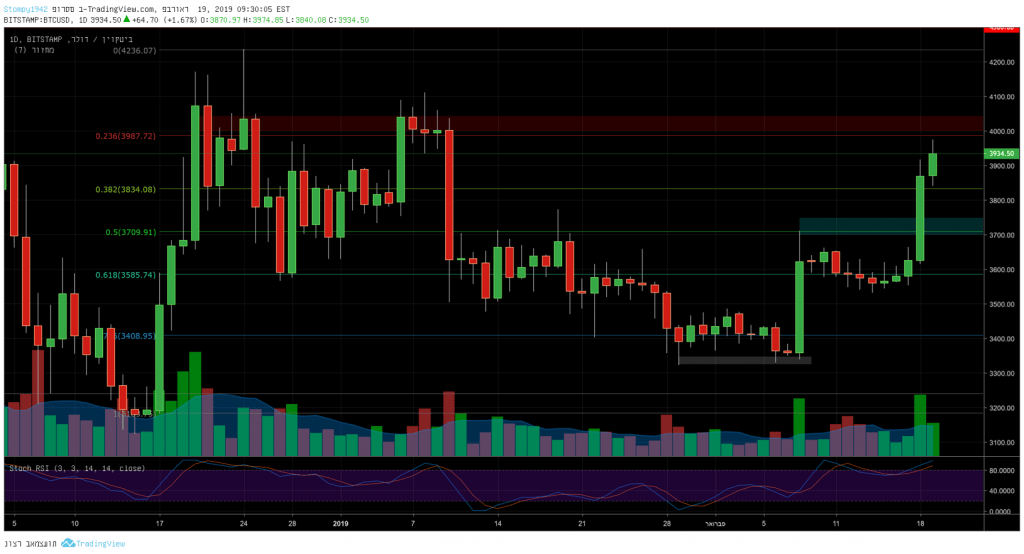 Against the dollar, it seems that the market continues to check the resistance around $150. The support can be estimated around $140 and from there we will mark a change in trend for ETH. What is surprising is that the Fork of the code upgrade still affects trading, and we did not find another reason for the uptrend, except, of course, the effect of Bitcoin on the market. 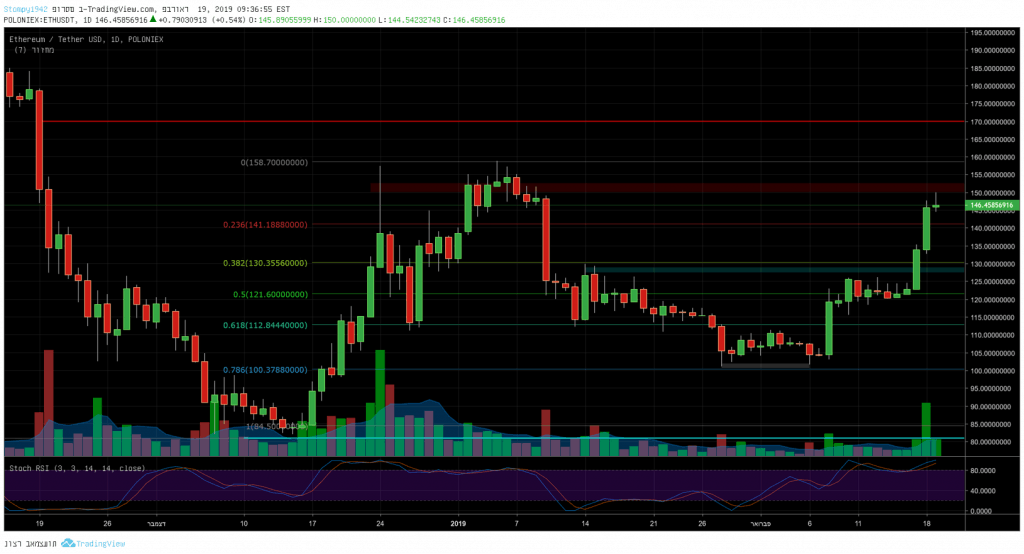 Against the Bitcoin, the uptrend continues with the resistance at 0.038BTC and the support at 0.035.BTC. It is possible to see how the rate plays right on Fibonacci levels, both in support and resistance. 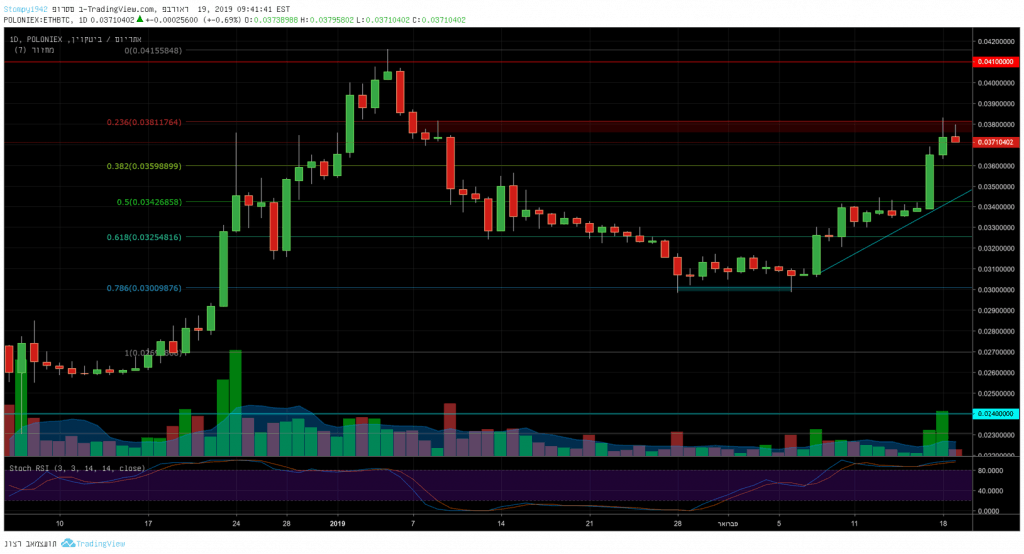 Against the Dollar the downward trend from January breached up to $0.35 where the resistance in this range supports $0.32. The daily RSI is a bit high and did not need much to break the trend. 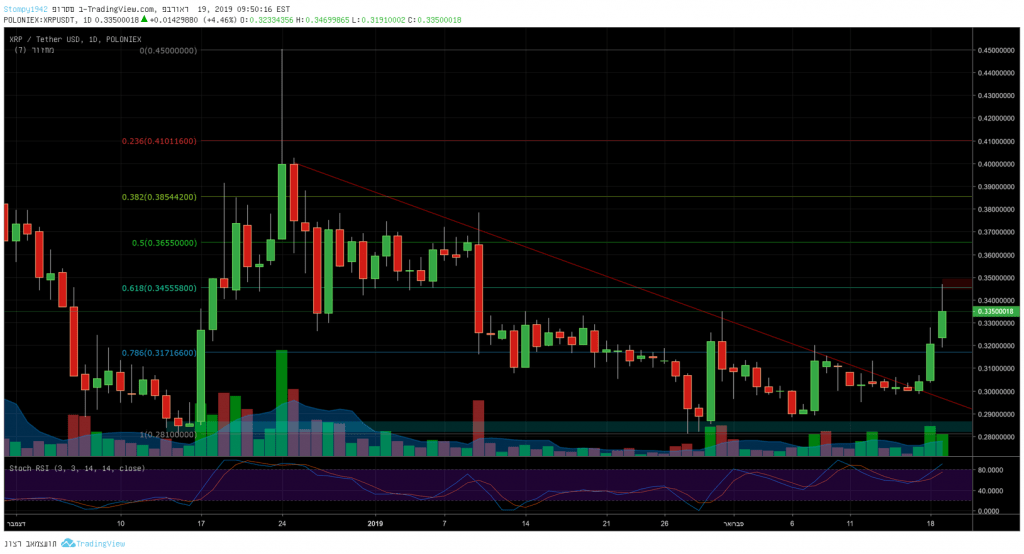 Against Bitcoin this week we received additional approval for support around 8,200SAT, and together with most of the market, jumped, in almost the last 24 hours, to the resistance at 9,000SAT. 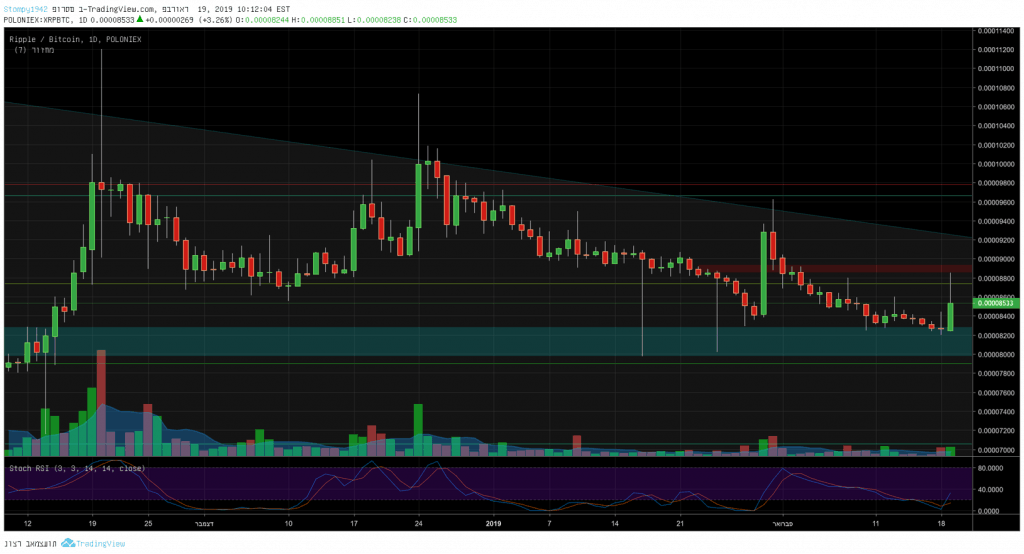 Against the dollar resistance broke out at $3 and the rally in this range was stopped at $3.8. If breached, we will see resistance around $4.6 and support around $3.5. The trading volume looks good and the floor at $1.5 seems to be far off. Still far from the peak, but it already seems like a change in trend. 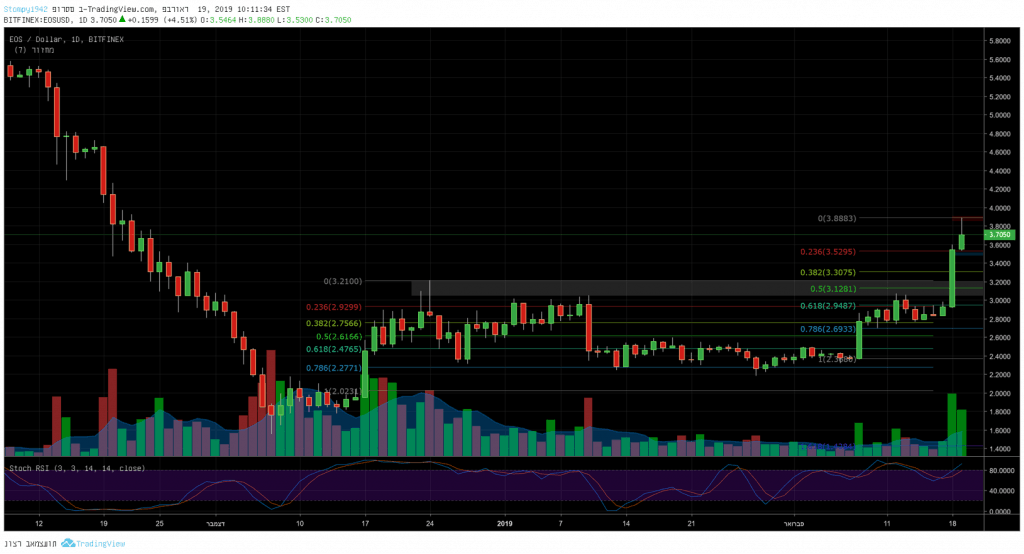 Against Bitcoin we returned to a price we have not seen since August. Trading volume increased here as well, and support in this range holds around 0.0009BTC, although a little fragile. Resistance at 0.001BTC. A change in trend has also reached here. 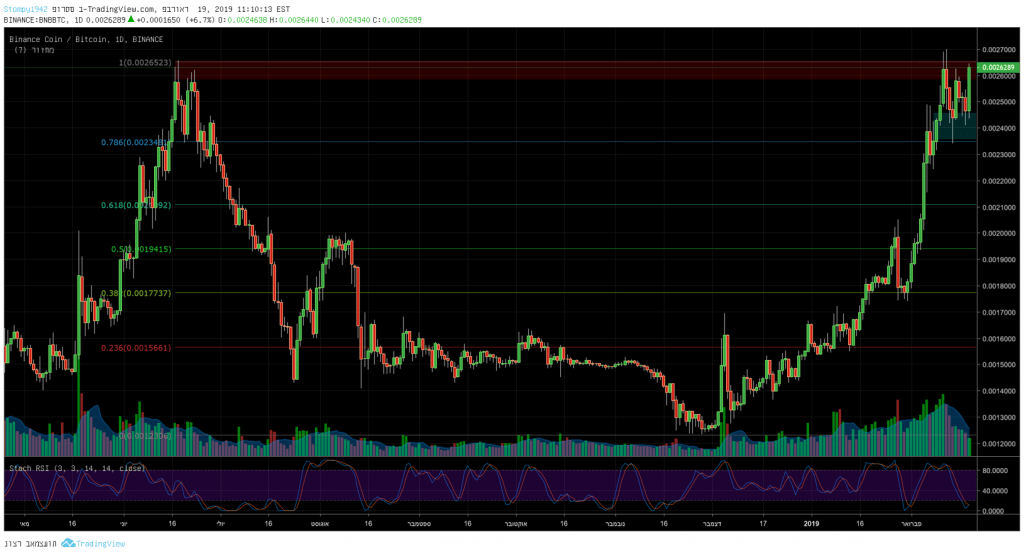 Against the dollar, the trend continues and the trading volume looks great in relation to such a bearish period. Support seems to be based around $8 and resistance around $11 is being tested. Has the Alt’s season begun? 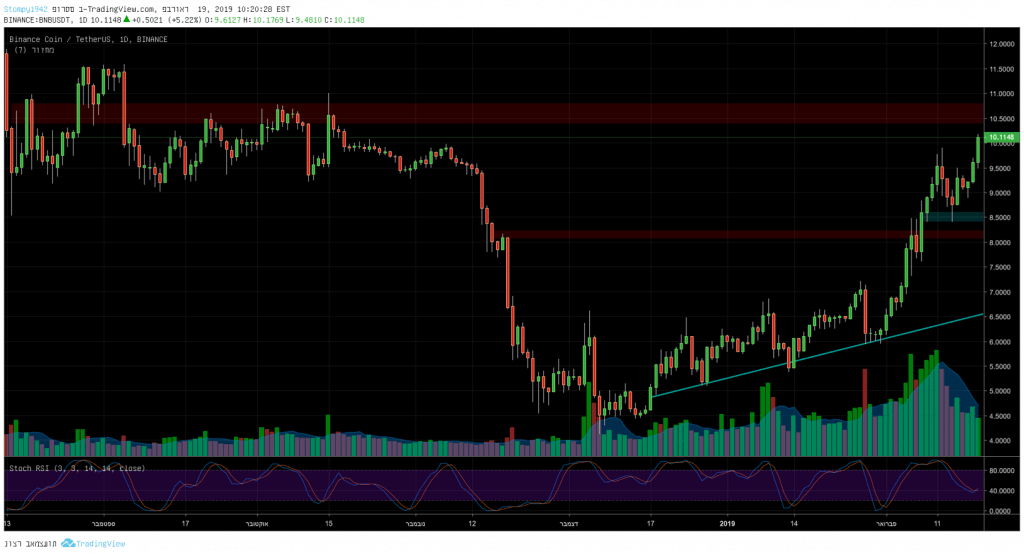 It is interesting to see that all the declines have been erased and a double top pattern is emerging, which can be a bit frightening, but if the resistance around 0.0027BTC is breached, we will get a new ATH support at this range at 0.0024BTC.

3 reasons why Ethereum price should reach USD 1,000 again, and climb to new highs

2020 has been a great year for cryptocurrencies, especially for Ethereum. Advancements in the DeFi infrastructure, big tech using blockchains,…

Litecoin has seen a decent price surge over the previous 24 hours, which totals over 15% – bringing the LTC…