Since our previous price analysis, whereas the market was hovering around the $3600 mark, Bitcoin had been moving sideways with not much price action.

However, this set-up reminds me of Bart’s head pattern from January 6th:

In both cases, Bitcoin raised around 10%, in both cases the consolidation was around the 38.2% Fibonacci retracement level. Looking at the January set-up, it lasted for about four days before completing Bart’s right side, declining towards the baseline.

This was just one incident of Bart’s head. Barts are said to be related to price manipulations as the heavy traders are making their profits by longing and then shorting the market.

Remember, there is always the other scenario, so nothing is for granted. 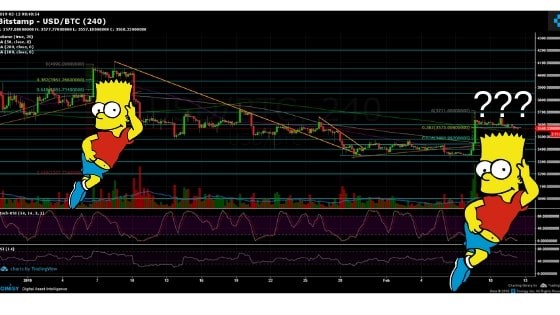 After a gloomy start for 2021, the world was shaken by the big protest that happened yesterday. Trump supporters stormed…

Starting this week, Anycoin Direct customers have the ability to pay with their credit card when purchasing cryptocurrencies on the…