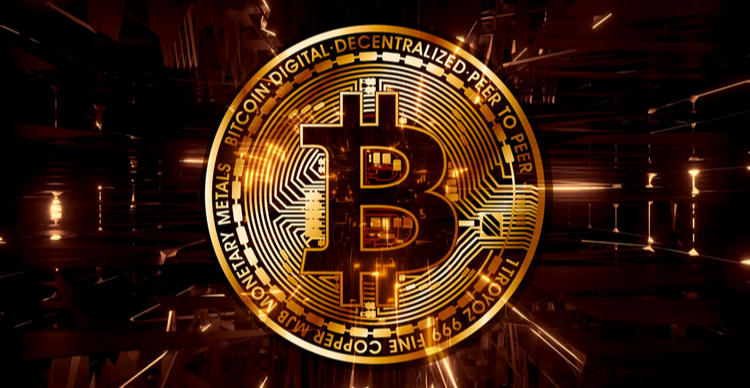 Despite the outflows, Bitcoin’s price has surged 16% this past week to break above $46,000

According to data from CoinShares, weekly outflows from Bitcoin investment products hit $33 million, up from $19.7 million registered over the previous week.

The total digital asset investment product outflow for the week stood at about $26 million. However, overall withdrawals are significantly lower compared with those recorded in May and June, CoinShares added in the report.

Notably, too, Bitcoin’s inflows are still a healthy $4.2 billion year to date and total crypto investment assets under management (AUM) have increased to $50 billion. 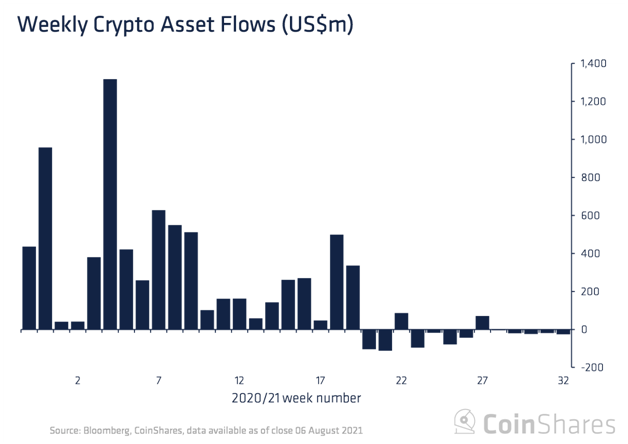 Outflows in Bitcoin funds continued despite the top coin’s price gaining throughout the week, with CoinGecko data showing BTC is up about 16% in the past seven days.

Bitcoin price is trading higher on the day, up by about 4.8% as buyers attempt to rally to $46,000. At time of writing, the benchmark cryptocurrency is changing hands at around $45,878, which puts BTC up 36% against the US dollar in the past 30 days.

With potential gains in the offing over the next few days, BTC price will likely test and even surpass its 11-week high of $46,433.43 reached on Monday 9 August.

Unlike Bitcoin, Ethereum and other digital asset investment products recorded slight inflows. Ethereum inflows were $2.8 million, amid increased interest in the lead-up to the London upgrade.

“Ethereum market share is again rapidly rising and now represents 26% of investment products, compared to just 11% at the beginning of 2021,” CoinShares’ James Butterfill wrote in the report.

The second-largest cryptocurrency’s price has soared more than 20% over the past week, reaching a 7-day high of $3,181.83.

Meanwhile, Ripple (XRP) added $1.1 million as the price jumped 10% and Bitcoin Cash inflows grew by $1.0 million in a week; its price increased nearly 8%.

Report: Bitcoin to Bounce Back From Black Wednesday Crash

A report from Stack Funds suggests that Bitcoin dominance is about to experience a bounce, supporting Bitcoin’s price in the…