The prices of the two largest cryptocurrencies by market cap — Bitcoin and Ethereum — started 2021 with excellent progress. Bitcoin managed to make a new all-time high of $41.999 by 10th January. After that, however, the world’s first cryptocurrency saw an unfortunate drop. As for Ethereum, it finally hit an all-time high of its own, according to CEX.IO.

According to CEX.IO, Bitcoin reached its all-time high of $41,999 per coin on 8th January. After that, the coin saw a minor price drop, and then it traded sideways for a few days. However, come 10th January, the coin saw a drop that took it down to $30,333. BTC then attempted to surge once more, reaching $36,600, but then faced yet another drop.

On 13th January, BTC started a new recovery, which took it up to $40,100 on the very next day, the highest point that the coin has reached since.

For the entirety of last week, Bitcoin has been slowly declining, with corrections and recoveries coming one after another. The coin’s weekly low was only reached on 22nd January when it reached a daily low of $28,810. The price has recovered somewhat since then, reaching and hovering around $33,400. 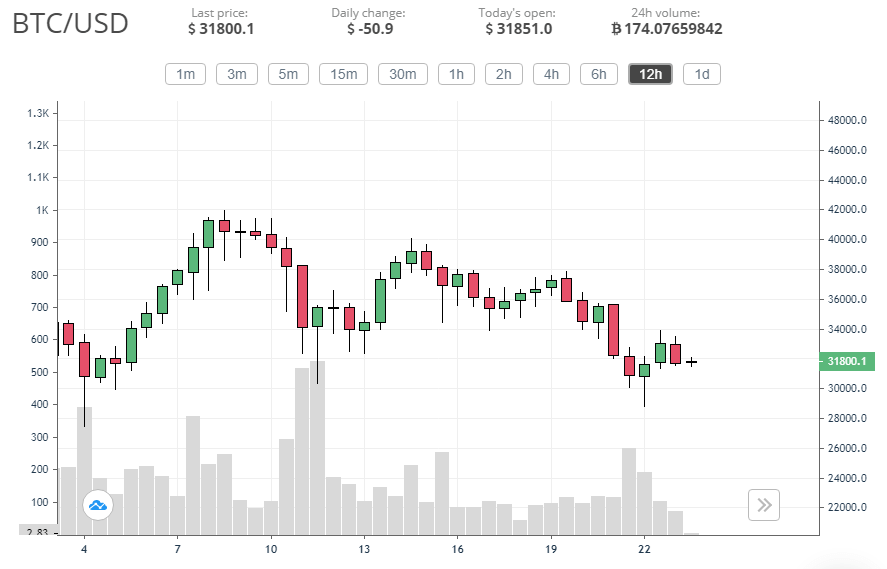 The coin’s price troubles may have dropped due to US President Joe Biden’s new pick for the Treasury Secretary, Janet Yellen. Yellen is known for not being a fan of digital currencies, much like her predecessor.

She noted that she mostly sees the use of crypto in illicit financing. She added that she has a plan for cryptocurrencies, and that it is imperative that the authorities find a way to reduce their use, while making sure that money laundering does not occur.

As it was to be expected, the cryptocurrency community did not appreciate the comments, and many influential names in the crypto world responded. Kraken’s Growth Lead, Dan Held, for example, pointed out that 0.3% of crypto activity in 2020 was illicit, while 90% of US dollars have cocaine on them.

Anthony Pompliano, a partner at Morgan Creek Digital, stated that the US dollar is the choice currency for criminals across the world, while Janet Yellen continues to worry about cryptocurrencies. He added that traditional banks launder more money than Bitcoin’s entire market cap, which is over half of the total crypto market cap at any given time.

As usual, Ethereum’s price surge followed after Bitcoin’s, with a bit of a delay. The coin hit its own market cap on 19th January, after trading sideways for over five days, according to CEX.IO.

ETH finally reached a new record at $1,440, which was followed by a strong drop on 20th January. The coin’s price was rejected strongly, sinking down to $1,250.

Later in the day on 20th January, ETH surged back up to $1,386, but the resistance at $1,400 rejected it before it could reach it. The coin then kept dropping for two days, eventually reaching $1,040. 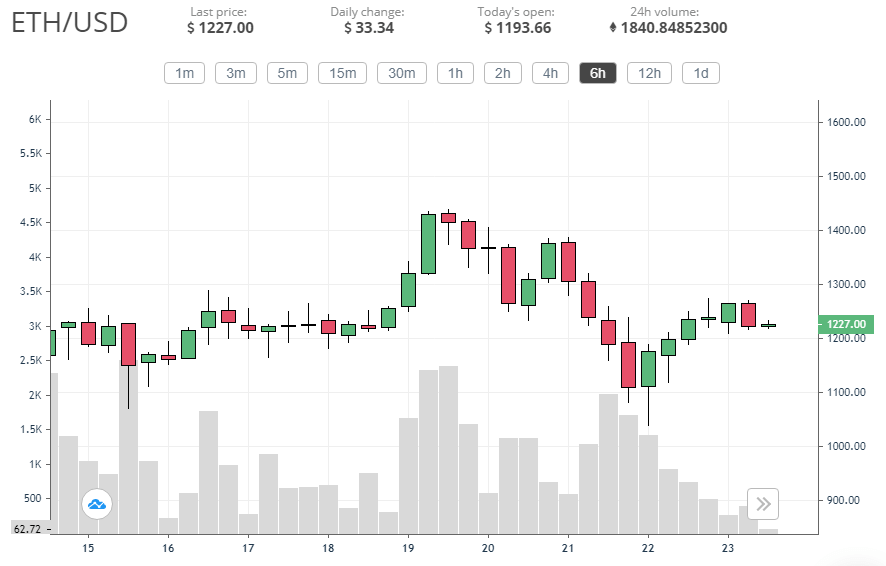 Fortunately, the support at $1,000 was strong enough to stop the coin’s drop, and ETH started recovering once more. On the 23rd January, Ethereum climbed back up to $1,270, which was followed by yet another minor drop to $1,217. The coin could still go further up or further down before the day ends, but for now, it would appear that it lost its momentum, just like BTC.

Some predictions say that Ethereum is still massively undervalued, however, and that it could yet rally by 650% to $10,500. This prediction came from Fundstrat Global Advisors’ cryptocurrency team. Other analysts believe that Ethereum is set to reach the $2,000 mark in the near future, and for a variety of reasons, such as Ethereum 2.0 arrival and ETH futures’ performance.

What will the future bring for BTC and ETH?

While there is no way to say for sure, I believe that both Bitcoin and Ethereum have a chance to keep growing significantly.

Bitcoin, for example, has seen great demand from institutional investors, and its demand is significantly greater from both supply and production rate. As a result, I expect Bitcoin could easily see another rally that would take it to $50,000 by the end of the current quarter. As for the end of the year, I believe it could reach $90,000.

Ethereum reaching a new all-time high is also something that I predicted earlier, as the coin tends to follow Bitcoin’s lead, but its achievements typically arrive later on. The launch of Ethereum 2.0 in late 2020 has been a major milestone for the project, of course, and the growth of the DeFi sector has continued strongly into 2021.

Polkadot (DOT), ChainLink (LINK) and Dogecoin (DOGE) tokens have all traded higher since Bitcoin’s (BTC) rush to highs near $24k …

XTZ/USD has touched its highest price level of $4.41 for the first time in over a year but could retreat…