Popular cryptocurrency exchange Bitfinex recently completed a $1 billion private sale where it allocated Unus Sed LEO tokens. Following the event, the token is already up 70 percent and is trading at around $1.72, showing absolutely no signs of slowing down. It has a current market capitalization of around $1.7 billion.

LEO Up 70% Since Private Sale

Cryptopotato reported back in May that popular cryptocurrency exchange Bitfinex intends to raise $1 billion worth of USDT through a private sale of LEO tokens. At the time, the company’s CTO, Paolo Ardoino, took it to social media, revealing that the sale was conducted among private companies which have invested $100 million each, while a lot of other investors have put up more than $1 million each. The entire thing was over in 10 days.

Less than a month after that, LEO is already breaking grounds, sitting on an impressive market capitalization upwards of $1.7 billion.

The cryptocurrency is currently trading at around $1.72, which marks an impressive increase of around 72 percent since its private sale. 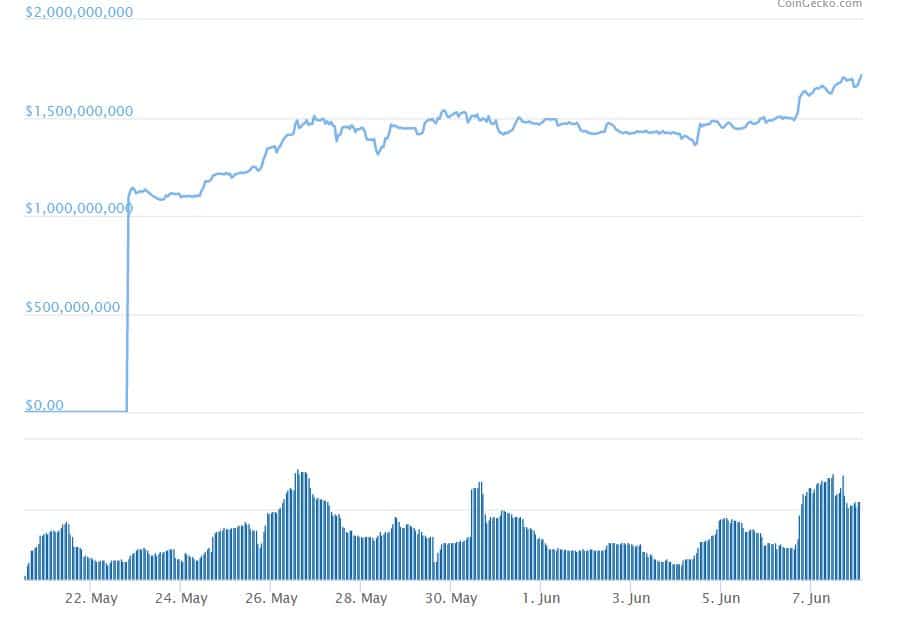 As seen on the chart, today was also a rather positive day for the cryptocurrency. After having dropped to about $1.64, it experienced a serious leg up of about 5 percent within just less than an hour, bringing it to its current price of about $1.72.

What is LEO All About?

According to the official white paper of the project, LEO is going to be used to reduce fees, as well as for other discounts on both Bitfinex and EthFinex. It will also be used for similar fee reductions or for other features and benefits on future trading platforms of iFinex.

What is more interesting is the repurchase and burn commitments on behalf of iFinex. On a monthly basis, iFinex, as well as its affiliates are going to buy back LEO tokens from the market equal to a minimum of 27 percent of the gross revenues of iFinex, excluding Ethfinex, from the previous month.

The repurchases are going to be made at prevailing market rates. In addition to that, 95 percent of the recovered net funds from Crypto Capital will also be used to repurchase and to burn outstanding LEO tokens, as well as 80% of the funds recovered from the Bitfinex hack. All of these should, in theory, have a beneficial impact on LEO’s market price.

The post Bitfinex’s LEO Up 70% Since Private Sale And Shows No Signs of Slowing Down appeared first on CryptoPotato.

T1Markets: The Newest Broker Put To The Test

T1Markets is a relatively new CFD and forex broker based in Cyprus. It offers a wide selection of asset classes.…