BNB is currently trading at $31 after a massive price move today from a clear breakout of an important daily chart pattern. The digital asset is on the verge of surpassing the market capitalization of BCH at $4.492 billion and only needs $10 million more to position itself as the 5th largest cryptocurrency behind XRP, USDT, ETH, and BTC. 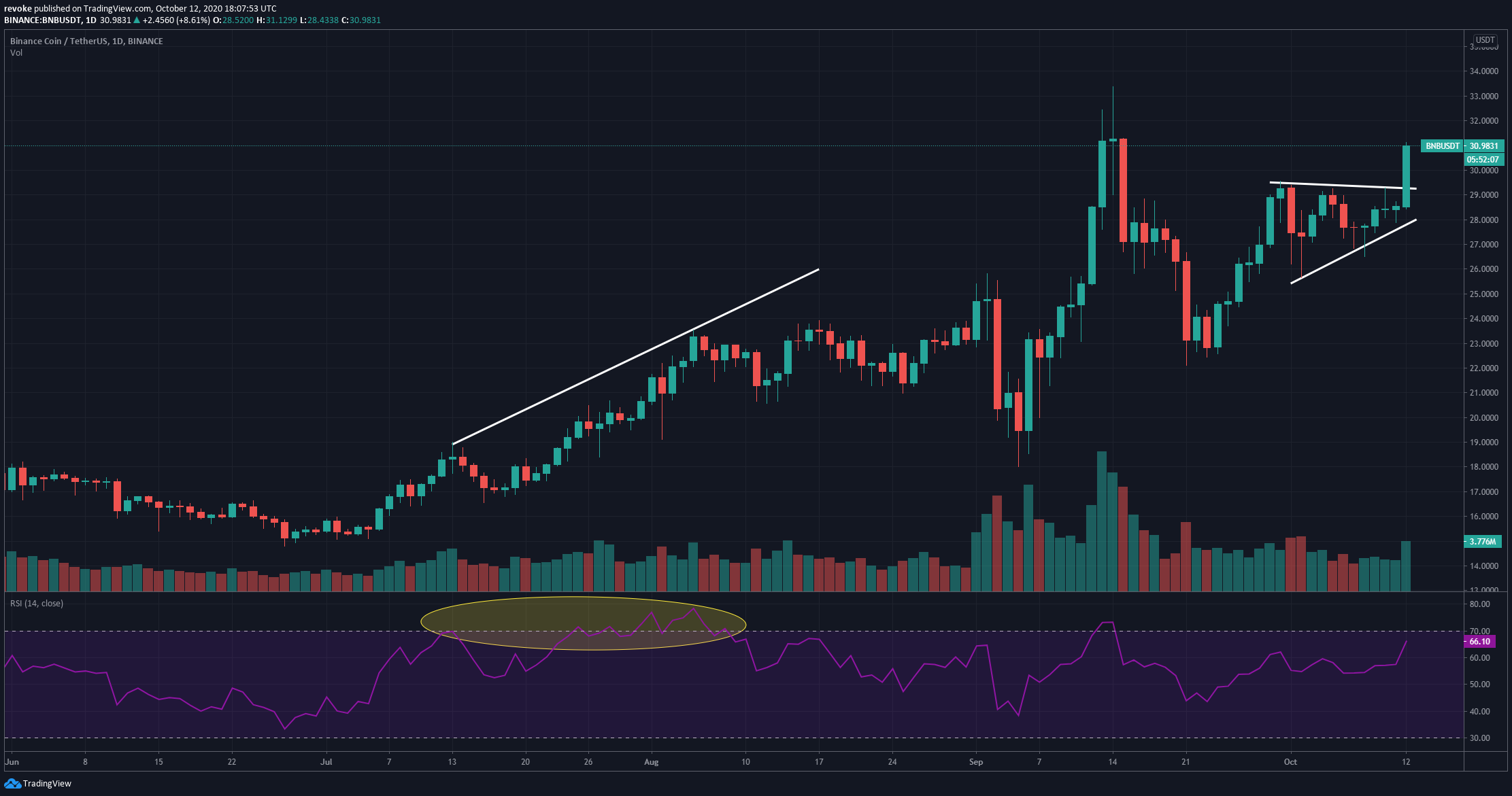 The daily chart presented a symmetrical triangle formed on September 30. The upper trendline was the most critical resistance level in the short-term, bulls managed to push the price above it today in great fashion. BNB is up 9% from a low of $28.4 to a high of $31.12.

The bullish breakout indicates that bulls are in full control of the daily chart and BNB price is eying up the 2020-high at $33.38. The RSI is on the verge of overextension which could pose a threat to the bulls.

However, there is a clear example of how an overextended RSI doesn’t always equate to a major pullback. Back in July 2020, the RSI got overbought briefly and the price of BNB dropped from $19 towards $16.54 before resuming its bullish uptrend towards $20. The RSI then got overbought several times until $23.54, but it clearly didn’t stop the price from climbing more.

The Long-Term Picture For BNB

Observing the weekly chart, we notice a clear uptrend that is leading the price of BNB towards its all-time high at $39.59. The 50-SMA and the 100-SMA had a bullish cross on August 2020 and have remained that way until now. 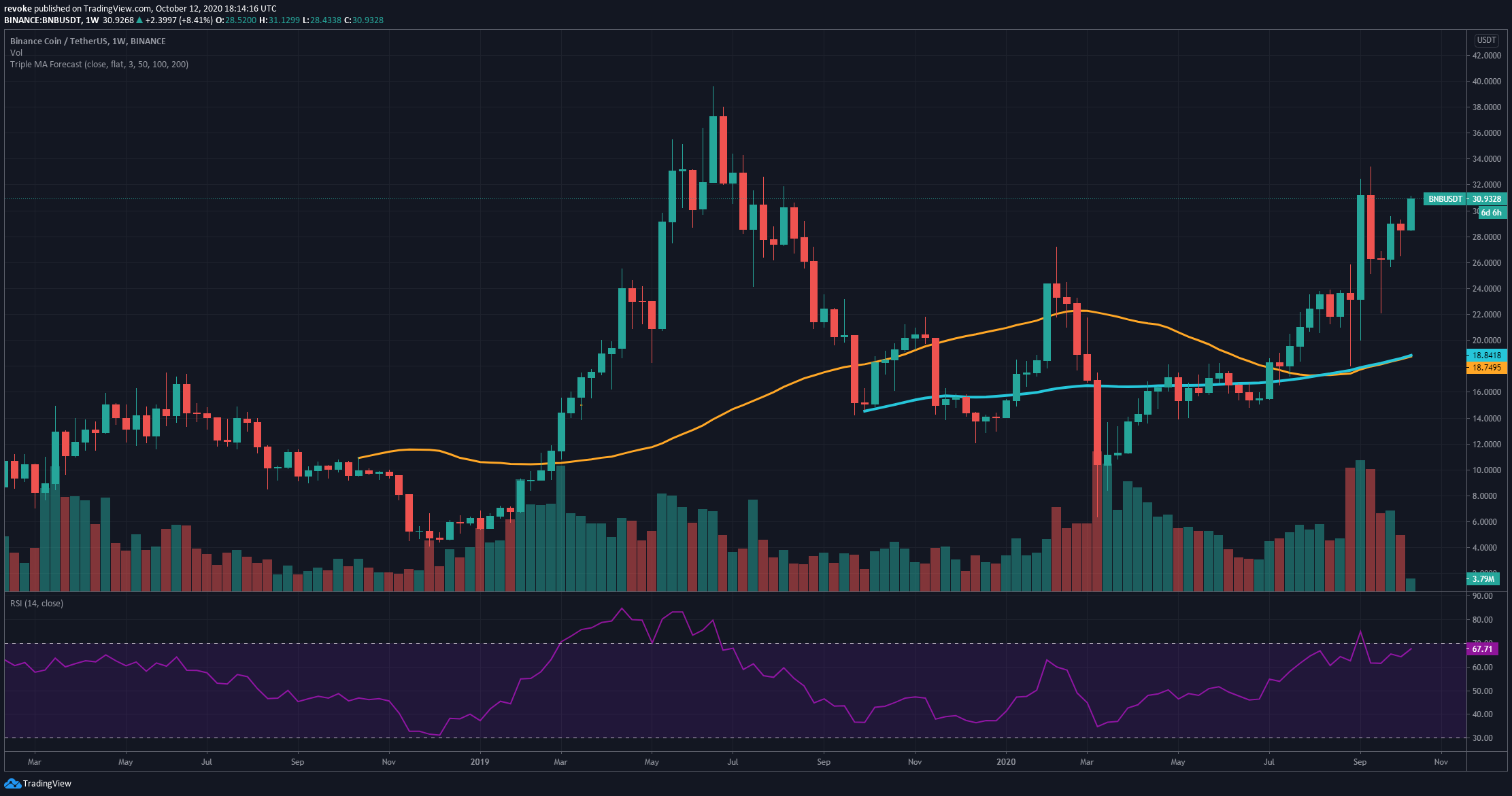 Besides the resistance level at $33.38, bulls are virtually facing no other crucial resistance points until the all-time high. The only concerning trend for BNB is the lack of trading volume. During March 2020, the volume spiked to $42 million per week and has been slowly declining to a low of 9.4 million on June 29.

The trading volume had another major spike on September 7 to 39 million, however, it is already slowing down significantly with the last week only getting 16.9 million. This could be a small indicator that bulls aren’t as strong as it seems.

Chainlink and FLETA partnered on June 26 for development and advancement of blockchain based medical applications and services. According to…

India Aims at Another Crypto Ban!

These past months it has been exciting, tumultuous, and downright thrilling to be part of the cryptocurrency market. From all-time-highs…