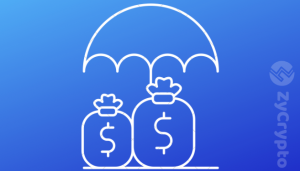 Mike Novogratz, the former Goldman Sachs partner, and billionaire investor has been talking about the anticipated arrival of “institutional investors” for a while. The term is often thrown around by investors in the space and refers to the major financial organizations around the world that power the global economy.

Now as the space is maturing and an ETF seems to be finally nearing Galaxy Digital Holdings Ltd. founder, Mike Novogratz says that the herd has arrived. Novogratz appeared on Bloomberg Television and predicted a run that will see BTC hit $8000 in the coming months.

“All the architecture that institutions need to feel comfortable with this is being put in place. You’re going to start to see custody come online.”

Novogratz claims that as these bullish dominoes continue to fall, BTC should steadily gain value in the coming months.

His statements resemble many others in the industry that have claimed that these major institutions may have interest, but won’t be jumping into the crypto-pool head first.

These organizations have too much to lose and way too much at stake to enter the sector prematurely. Major financial organizations will not risk their assets on projects that are not ready for the big time.

If they were to enter the space and hit some technical snares or face some early growing pains a lot of people would feel the pain. Mistakes could have terrible implications for investors and the space as a whole.

If major projects like Bakkt show that they are viable and developments such as the Lightning Network pan out, interested yet wary financial giants could be ready to enter the crypto space.

The post Bolstered Infrastructure and Maturing Tech will Bring the Awaited Institutional Money to Crypto appeared first on ZyCrypto.

The most aggressive CEO, Justin Sun is at it again, never seizes to dole out surprises. He is planning big…