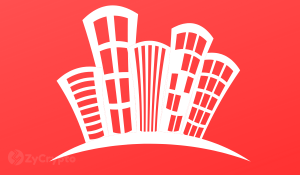 Banking giant JP Morgan has announced the release of its cryptocurrency JPM Coin, which is the first to be issued by a bank. The token will be used mainly to settle payments using the money, securities, and other assets by between the company’s payment business clients.

This will be just a tip of the iceberg as the banking giant is looking to jump into blockchain technology fully to explore its use in other potential investment areas. The launch of JPM Coin may be considered a testing stage, according to Umar Farooq, head of J.P. Morgan’s blockchain projects. He said:

“So anything that currently exists in the world, as that moves onto the blockchain, this would be the payment leg for that transaction. The applications are frankly quite endless; anything, where you have a distributed ledger which involves corporations or institutions, can use this.”

Although JP Morgan chairman Jamie Dimon has been greatly opposed to Bitcoin and cryptocurrency, it has become obvious that blockchain, the technology that underlies most cryptocurrencies is taking center stage as the leading technology in every sector globally so it is just a step in the right direction for the come.

JPM Coin will be used for settlements to replace traditional wire transfers to increase speed and cut cost. This presents a fierce competition against Ripple which is the lead remittance blockchain technology firm in the industry. The coin is also likely to see probably more rapid adoption than Ripple’s XRP with a large chunk of Fortune 500 organizations being clients of the company.

JP Morgan’s wholesale payment business is currently worth $6 billion in daily transactions and not just that, the Wall Street Bank is expected to move in the same direction in a few months.

The rapid adoption of blockchain even among those who have stood against it in the past only shows that the cryptocurrency industry and blockchain technology are unstoppable. Although many have predicted the year 2019 will not be the best year for crypto, it definitely is a good foundation year for its best growth yet and major mainstream companies will play a vital role in laying that foundation.