Let’s first look at the history of Ethereum. According to Coinmarketcap, the average highest price ever reached by ETH was $1,432 on January 13, 2018. At its peak, the digital asset had a market capitalization of $137 billion.

Clearly, reaching a $1 trillion market capitalization is difficult but far from impossible for an international digital asset like Ethereum.

So Ethereum could reach $10,000 realistically, but what are the technical indicators saying? The current price of ETH is around $370 after a wild 2020. Before the pandemic, the digital asset was trading at around $287 but had a huge crash towards $86 on March 13. 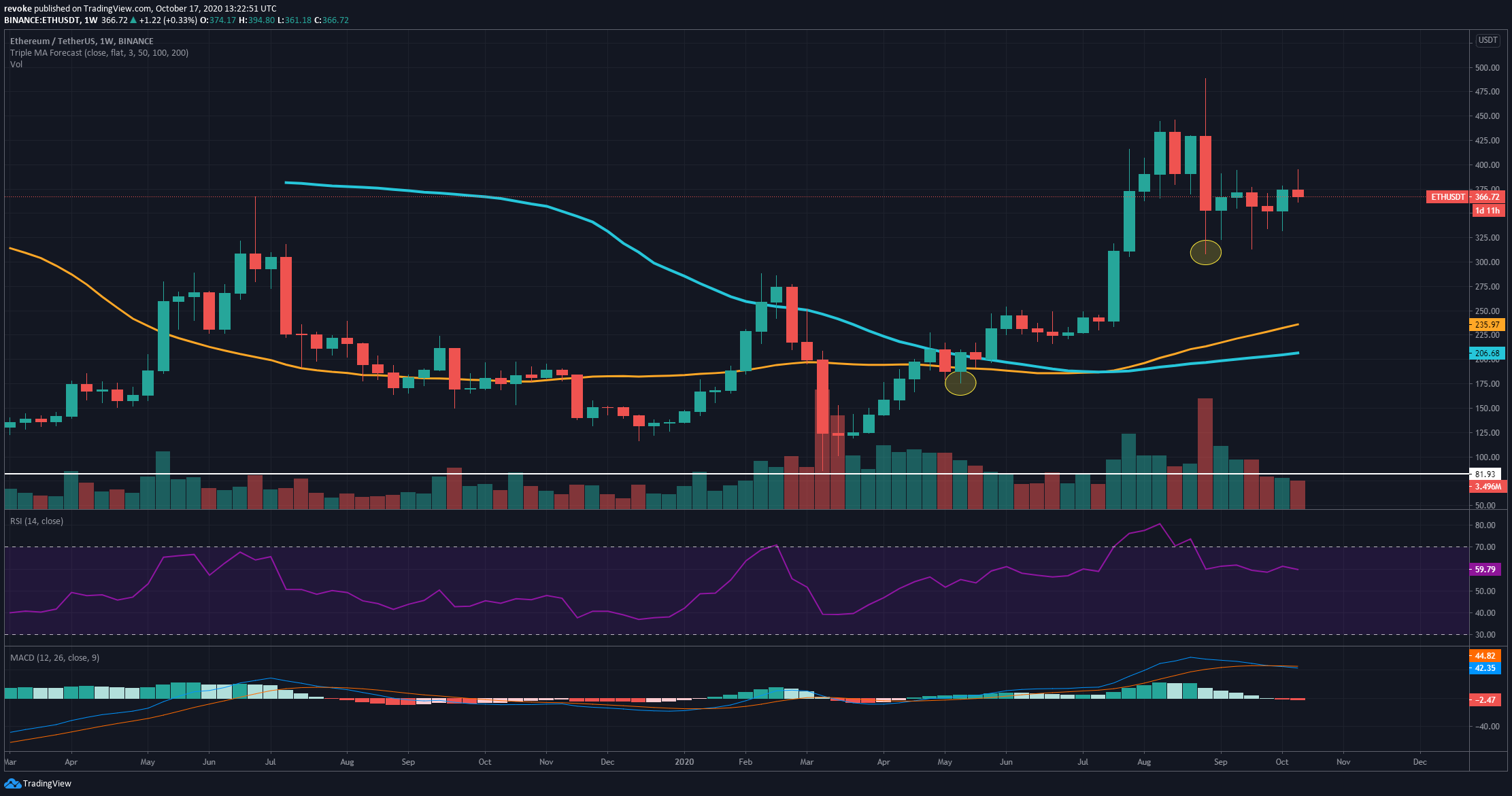 Ethereum has recovered significantly from that low reaching a new 2020-high at $488.84 on September 1. The current momentum of ETH remains bullish but can it continues this way?

The uptrend formed on the weekly chart remains intact with a new higher low established at $308.42 compared to $176. On top of that, we see several on-chain metrics heavily turning in favor of ETH.

For instance, metrics provided by Santiment show that the number of ETH whales holding at least 100,000 coins and a maximum of 1,000,000 ETH is increasing a lot in the past month, from a low of 159 holders to 165 currently. This would represent at least $216 million worth of ETH. 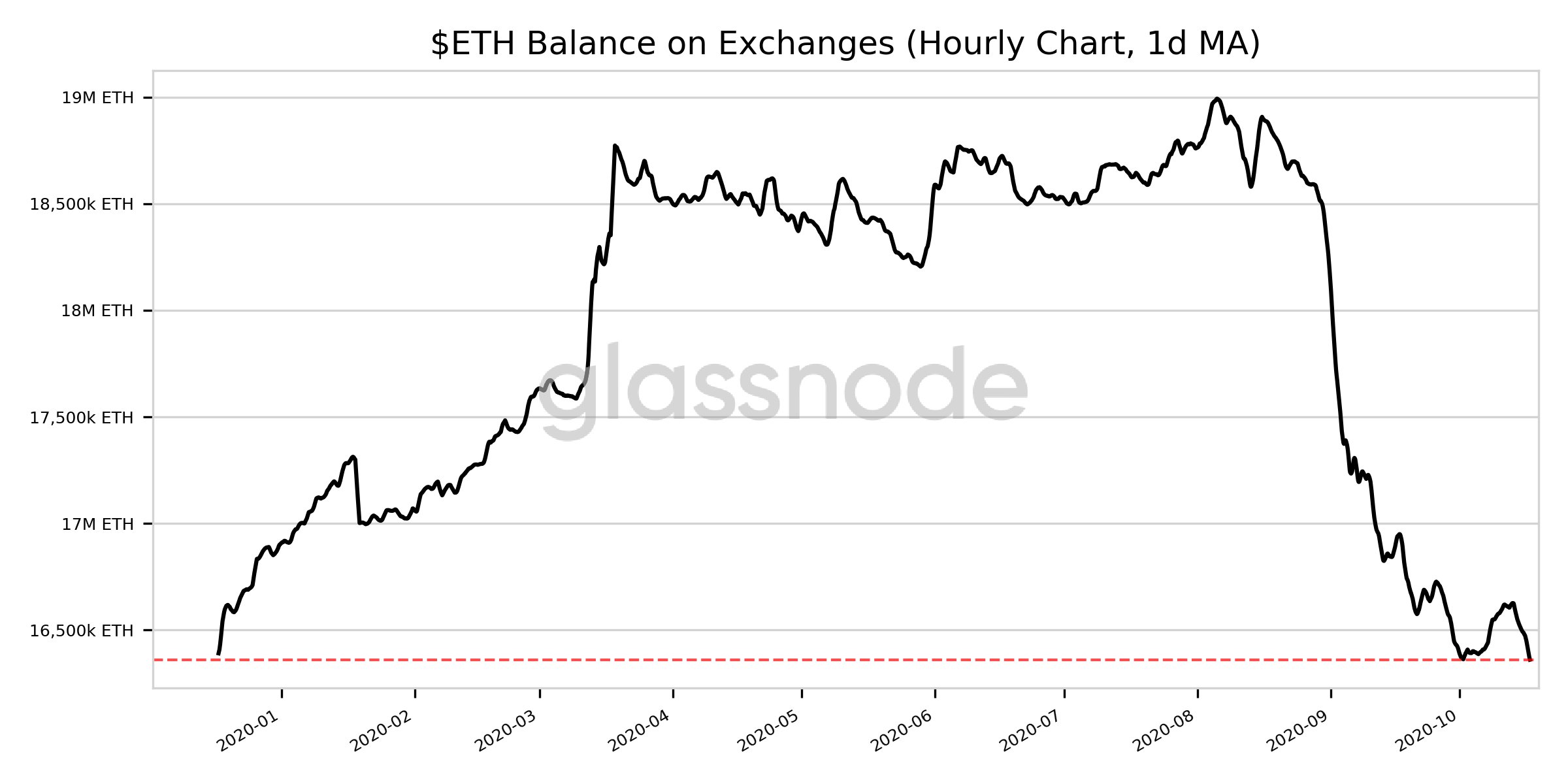 Furthermore, the number of Ethereum coins inside exchanges has hit a 10-month low according to Glassnode. This metric is extremely helpful to show the current sell pressure for an asset, in this case, it indicates that investors are not eager to sell right now.

How Will ETH 2.0 Affect The Price?

One of the most anticipated upgrades in the history of blockchain is the upcoming ETH 2.0 update. The launch has been delayed several times in the past, however, investors are still patiently waiting.

One of the main characteristics of ETH 2.0 is the shift from the current Proof of Work consensus algorithm to Proof of Stake. There are other several improvements aimed at making Ethereum faster and more scalable.

The upgrade itself is likely to increase the demand for Ethereum because of faster transaction speeds and decreased costs. Most tokens are already being deployed on top of the Ethereum blockchain, which means that this upgrade will also have a positive effect on them.

Many analysts speculate that a successful upgrade could easily push Ethereum at least to its all-time high at $1,432. However, given all the positive metrics in favor of the digital asset and the continuous interest shown by institutional investors, is not crazy to think it can reach $10,000.

Etheruem has been trading inside a downtrend since September 1 after peaking at $488 on Binance. The digital asset is…

Bitcoin is used as a form of collateral, because of it’s market cap and excellent liquidity. For users looking to…