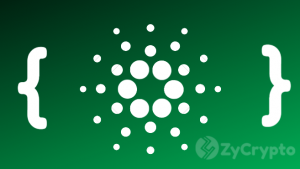 Anyone who’s been following Cardano knows that the project has been struggling in recent months. The project has failed to meet investor expectation and its token ADA has been taking big hits in the market.

After starting strong and maintaining a respectable position in its ranking when it was launched, recent months have seen the token slip below the top ten ranking. As we reported, this has since seen the project announce that it will be re-launching its roadmap.

It is, however, no secret that what the project has achieved this far is nothing short of admirable. Without a fully launched project and with no dApp on the platform, the project’s token ADA has achieved to be in the top 20 coins in the world and hold a value of more than $1 billion at the time of press. This achievement has been recognized by Weiss ratings which in a recent post noted that Cardano could become the ‘king of dApps’ when fully launched.

In a previous post, Weiss rating shared statistics showing that EOS was the current king of dApps with Tron following close, this is despite Ethereum holding the title for years, including in 2018. Ethereum’s slip up has been as a result of competition something it plans to remedy through its upcoming upgrade. In the more recent post, Weiss ratings stated that it was highly optimistic of Cardano stating it was expecting great things from the platform once fully launched.

“#Cardano hasn’t fully launched yet, therefore, usage is low and there are no #dApps running on it. Once finished, we expect great things out of the protocol, quite possibly taking #EOS’s place as the number one dApp platform. We are cautiously optimistic. #KingOfDapps”

At the time of press, ADA is recording gains of under 1%, trading for a little over $0.041. Extended gains look likely over the coming days as the market is still strongly bullish. For the short-term, the coin is sending clear signals of a bullish trend but its long term prospects are shrouded with doubt. The project will need to boost the token with positive news, with the outcry of development growing among investors and enthusiasts.

The post Cardano (ADA) Continues Struggling Getting Back Up But Statement Suggests Its Project Could Become ‘King of dApps’ appeared first on ZyCrypto.