Binance’s Launchpad is preparing to launch their 3rd ICO. The exchange’s two previous ICOs (BitTorrent and Fetch.ai) were highly successful. Both reached their fundraising goals within minutes and saw gains of 6-10x their ICO price.

Next up on the list is Celer Network – an exciting new project that aims to help blockchains achieve ‘internet level scalability’ by using off-chain scaling techniques to reach billions of transactions per second in a secure and trusted environment.

The US-based company has a goal of raising $34million, $30million of which has already been raised privately during the seed and private sales. Their token sale is set to launch on March 19th through Binance’s Launchpad platform.

Celer Network is developing an off chain scaling solution to scale the various blockchains that will run on its platform.

Off-chain (or layer 2) scaling solutions are theoretically superior because they allow the network to process smaller transactions off the blockchain, then bundle them into one single transaction that gets recognized On-Chain. By doing this, they can reduce the transaction bottleneck that occurs on the main chain while increasing the operational capacity of the system as a whole.

The Celer Network architecture is named Cstack, and is composed of four layers:

A CELR token is an ERC20 token built on the Ethereum blockchain. It is also the native token of the Celer Network that will be sold during the ICO.

CELR’s primary use case is as a platform currency, but it can also be used for other functions such as:

The Celer Network team consist of highly experienced founders who are each accomplish academically, having received PhDs from UC Berkeley, Princeton University, and MIT.

Mo Dongm, Co-Founder: Before founding Celer, he was the founding engineer and product manager at Veriflow, working on formal network verification. He is an expert in applying algorithmic game theory to protocol design and teaches full-stack smart contract courses.

Junda Liu, Co-Founder: Junda is a Ph.D. recipient from UC Berkeley. Prior to founding Celer, he worked at Google in 2011 to build its data center-networking infrastructure. He was also the founding member of Project Fi mobile service in 2014, and the Android Tech Lead for carrier services.

Qingkai Liang, Co-Founder: Qingkai got his Ph.D. from MIT. In his academic career, he focussed on various learning and control problems that emerge from networked systems, exclusively on online learning algorithms in adversarial networks. His work has been successfully implemented at Raytheon BBN Technologies and Bell Labs.

Celer Network first released their whitepaper in June 2018. Since then they have made significant progress in the development of the project, most of which can be viewed on Binance’s Research report which reveals their progress on their private GitHub accounts.

For 2019, Celer is focused on releasing and upgrading the different layers within the network. Their current roadmap focuses on quarter 1,2 and the second half of 2019. 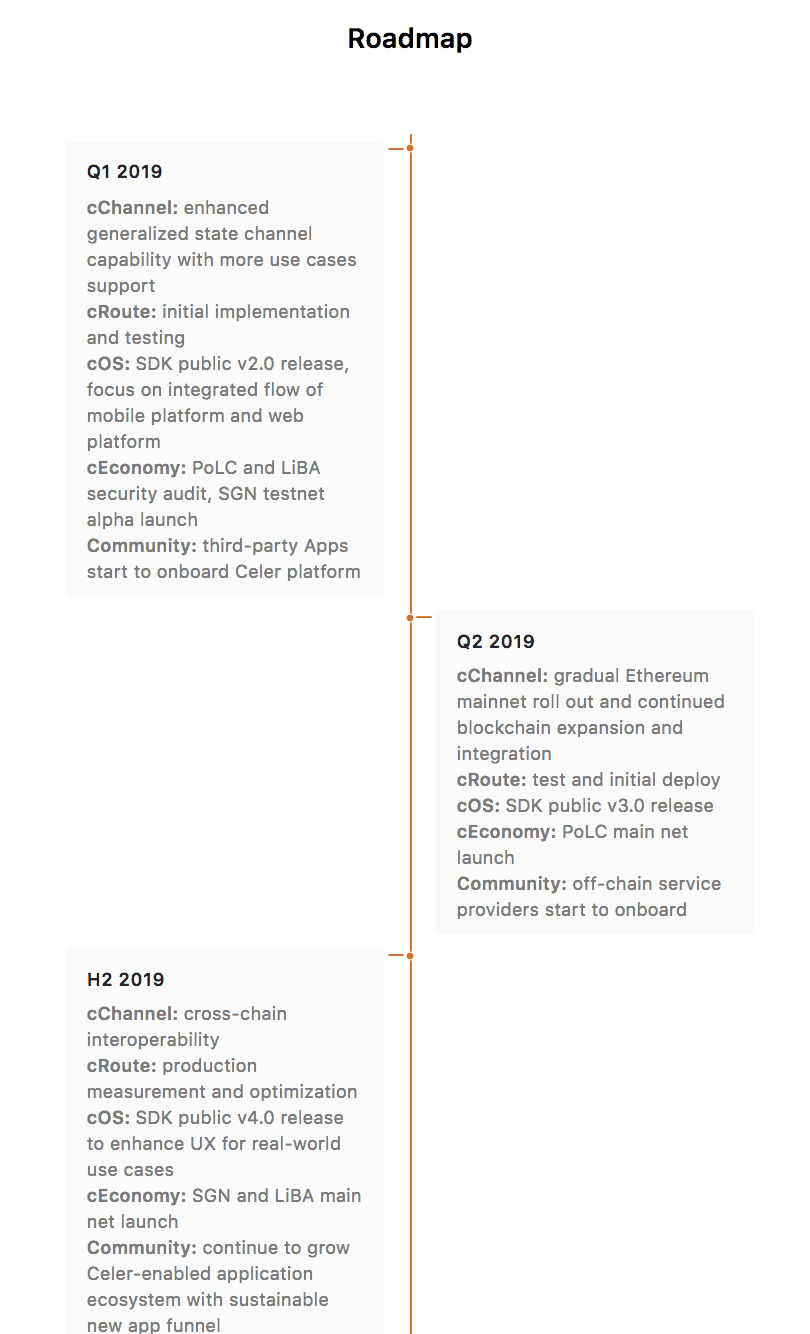 Short Term Project Potential:  The Celer token sale will be conducted on the top of the Binance Launchpad, this has already proven itself to be a major advantage in the current bear market with the latest tokens sales from BitTorrent (10X in ATH) and Fetch AI (5X in ATH).

Use case: The most significant progress that has occurred in the last year is the emergence and adoption of off-chain solutions (Lightning Network, Raiden, Plasma, etc.). These solutions solve one of the main pain points suffered by distributed ledger technologies, scalability. The fact that only 4-7 Bitcoin transactions per second can be processed is a significant obstacle in the path to mass adoption.

If Celer is able to execute their vision and overcome the existing solutions, it will have a substantial impact on its long term value.

Strategic Partners: Celer has succeeded in creating very impressive partnerships with some of the most influential institutions in the crypto market: Pantera, DHVC, FBG Capital, Fenbushi Capital, 500 Startups, NGC, Waves and many more.

Competitors: scalability is a subject that has been observed for a long time in the crypto industry, so there are some serious competitors in the current market. Of course, the most famous one is the Lightning Network (LN). LN provides an off-chain solution to the Bitcoin network. It currently has almost 4K nodes, 32.3K channels, and a daily capacity of more than 3.1M USD. It will not be an easy task for Celer to integrate into the off-chain solutions market and to get mass adoption.

Key for the evaluation: IF = Impact Factor WA = Weighted Average

Stage of the project: CelerX, the Celer Testnet app has already launched. According to the company announcements their private GitHub accounts are very active with more than 1,000 commits, Score: 8.4

Project Potential: Considering this ICO is being launched on Binance Launchpad the short-term potential is excellent, long-term this is also very interesting due to the strong use case and great implementation, Score: 9.1

Community: 30K on telegram and 8.9K on twitter. Also, this project enjoys a lot of attention since it is being launched on the Binance Launchpad, and the Binance user base is, in a sense, the community, Score: 9.25

Token Use: Not sure there are enough justifications for a native token, Score: 7.8

Token Sale Terms: 30M of the 34M USD has already been raised, the Public Token Sale will have a hard cap of 4M USD for 6% of the tokens, that is a small percentage of the tokens. With 27% already sold in the seed and private sale rounds, it is problematic. Score: 7.6

Technology and Code: Active. Most of the code is currently placed in their private GitHub, which according to the company statements has a lot of activity (~1,000 commits). The technology itself seems breakthrough and can overcome the current off-chain solutions. Score: 8.9 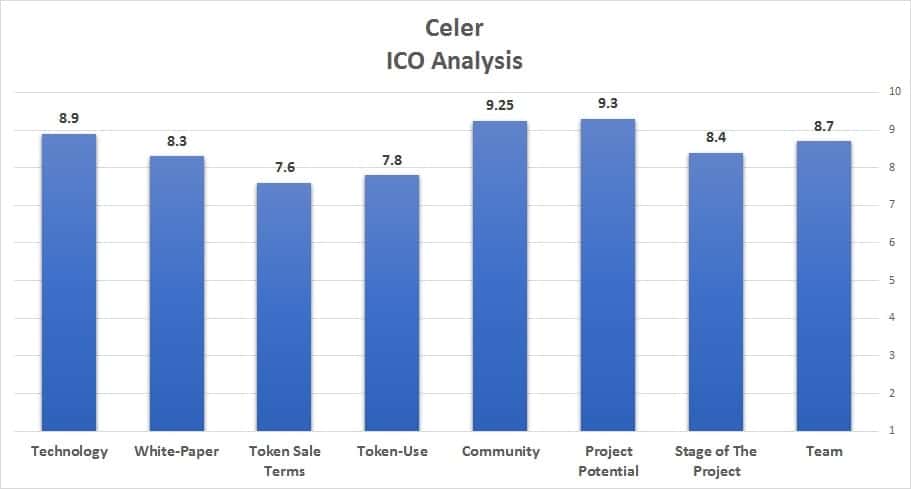 Bitcoin The resistant found at $9,400 was broken quite effortlessly. What followed was resistance at $11,000 which is currently being…

METAMASK Review – What is METAMASK and how to USE IT?

This article is a review on METAMASK. Increasing demand for Dapps and the failing centralized exchanges made a new way…