Breaking news
Everything You Need to Know About Solidproof’s Audit ProcessesNowMeta is Looking to Carve Out its Own Path in…Arkverse Metaverse Ecosystem for Animal Lovers Prepares for LaunchOASIS, the world’s first Metaverse construction gameWhat Happened to POKT Team? We Need Your Support to…

ChainLink is currently under heavy consolidation after the entire crypto market crashed on September 2. LINK price is currently $12.4 after a peak of $20.11 on Binance. On September 5, the digital asset bounced off the daily 100-MA, and also the lower trendline of the symmetrical triangle formed months ago. 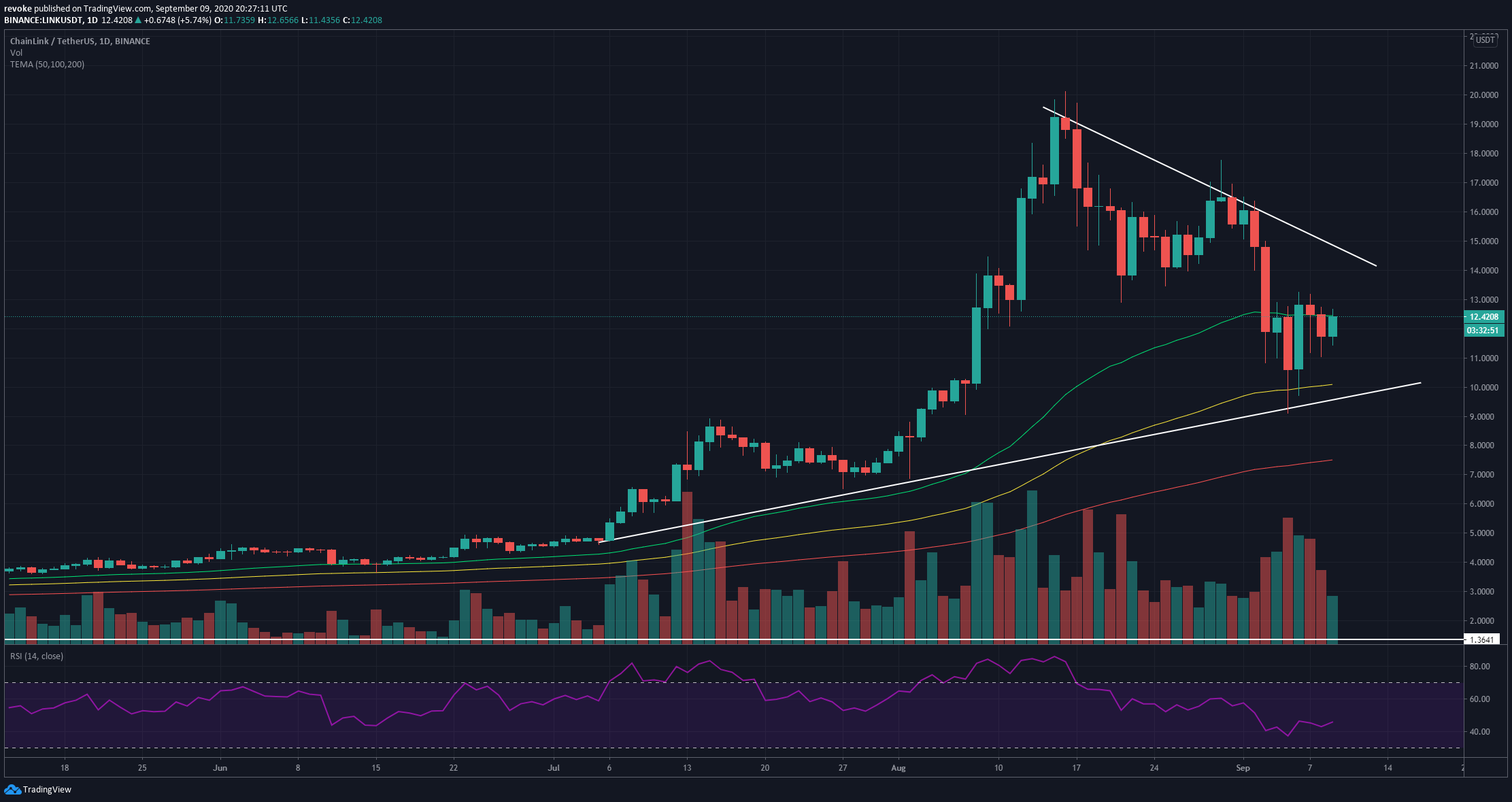 The upper trendline of the pattern is currently at $14.6. A breakout above this level would impulse LINK above $18. Similarly, a breakout of $9.65, where the lower trendline is currently located would create significant bearish strength and could take ChainLink price as low as $6.8.

Bulls are trying to climb above the daily 50-MA at $12,44, a resistance level that has been quite problematic after the recent crash. The daily RSI is also close to overextension, the last time the RSI got below 30 was on March 12.

While the daily trend looks quite dull for LINK bulls, the weekly chart seems better. It’s important to zoom out and check longer time frames. The weekly is clearly still in favor of the bulls and LINK is in an uptrend here. The last low would be $6.5 which means that anything above this level should be considered a higher low and a continuation of the uptrend. The 50-MA is down at $6 and could act as a strong support level. 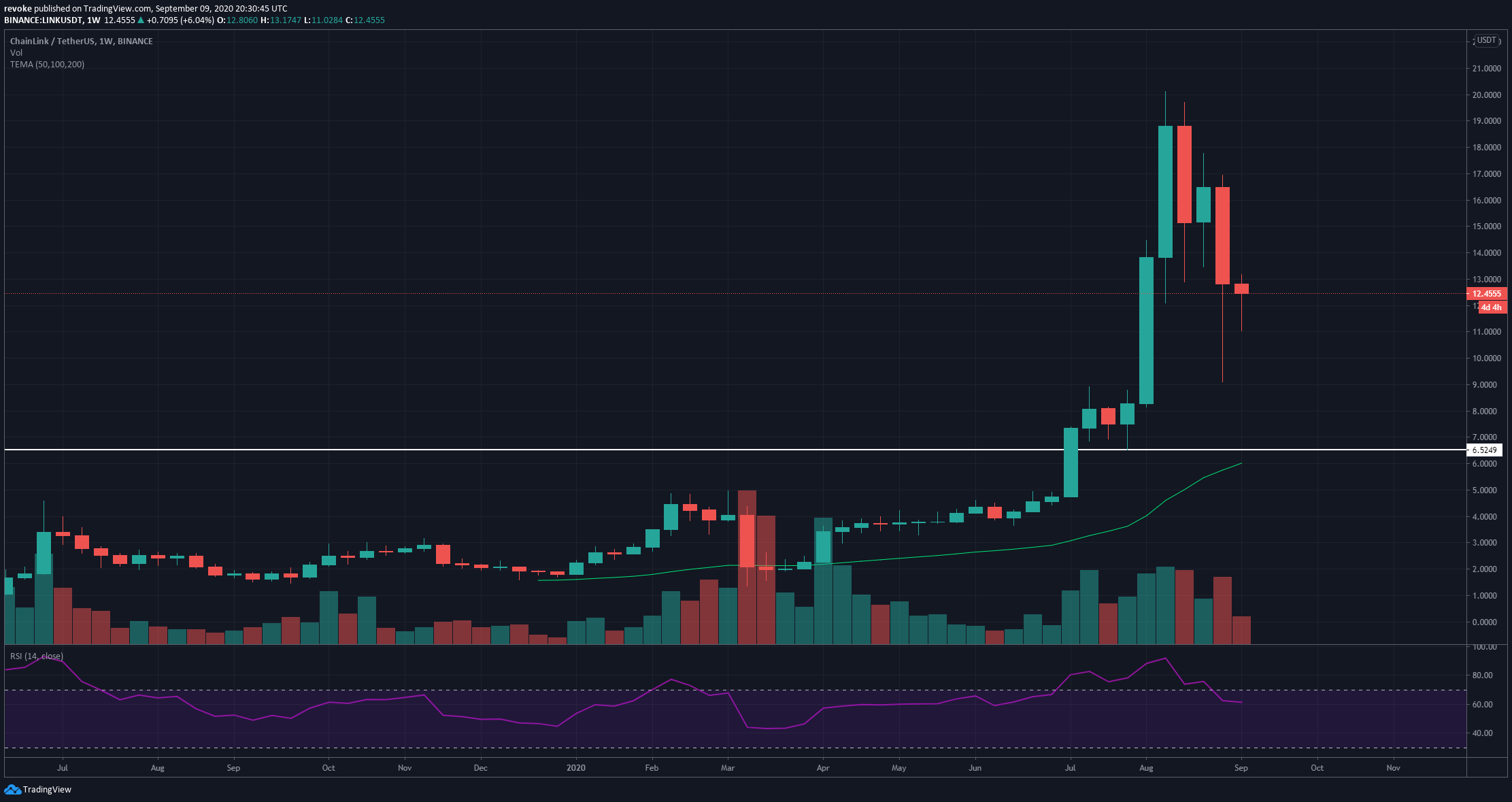 The RSI was heavily overbought on the weekly chart and led to a massive sell-off after ChainLink hit $20. The digital asset managed to reach $6.5 billion in market capitalization. The trading volume has been increasing significantly over the past few months and LINK has already survived several FUD attempts by other companies.

Let’s get back into the shorter-time frames to check where LINK is headed next in the next few weeks. The 4-hour uptrend was lost and bears have just established a lower high at $12.65 compared to $12.73. However, the entire market seems to be recovering slightly and could help the bulls surpass $12.73 and create an equilibrium pattern. 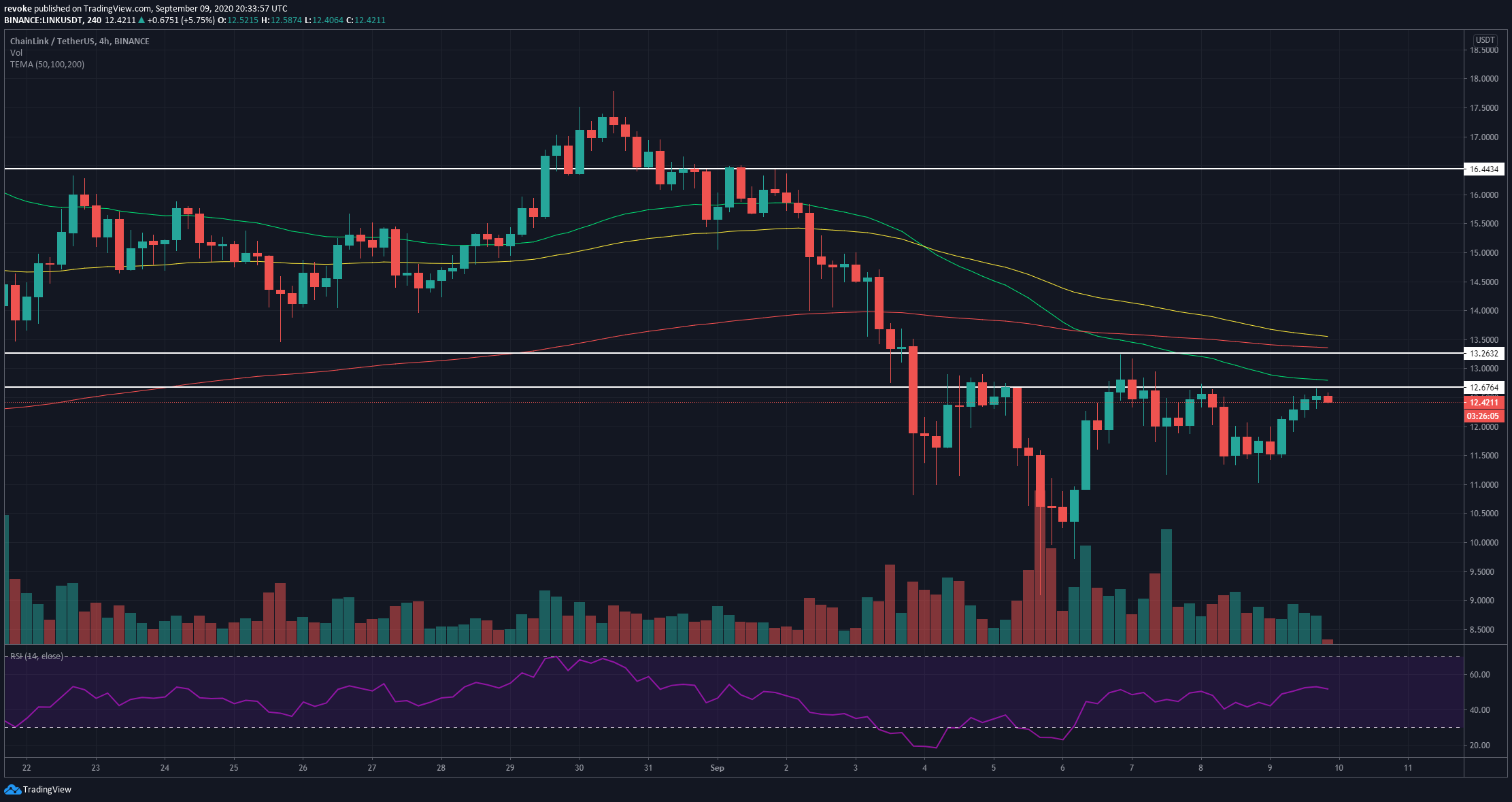 Bulls are facing a lot of resistance to the upside but the momentum of the market will be a key factor in their success. Trading volume has been declining notably in the past 6 days, indicating that a big move is nearby.

In a last minute announcement, the anticipated Digitex Futures platform has postponed its launch, sending the associated DGTX token plummeting…

Everything You Need to Know About Solidproof’s Audit Processes