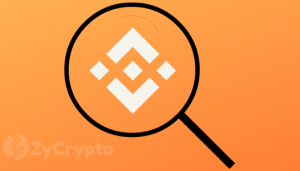 Binance, a Malta-based cryptocurrency exchange has announced February 20 as the date for the public testing of its decentralized exchange, Binance DEX, which runs on the company’s own blockchain, Binance Chain, according to a media report on February 12.

Per the report, Changpeng  Zhao (CZ), Binance’s CEO on February 11 publicized on Twitter that a launch date has been set for the public testing of Binance Chain testnet. The set date is February 20 where the general public has been encouraged to give the platform a try.

In an Ask-me-anything (AMA) session which held on February 7, the CEO threw more light on the new platform. According to him, early access to DEX has already been granted to selected partners such as blockchain explorers, wallet developers, and basically, anyone who has a tool to integrate on DEX.

When asked to proof the true decentralized nature of DEX, CZ responded by saying that the user’s private keys do not leave their device while they transact with the blockchain. An instance of this is the ability of a hardware wallet which has been connected to the Binance Chain still retaining its private keys.

“So from that perspective, it is decentralized. You’re guaranteed to know that you’re the only one holding your private keys,” said the CEO.

The responses during the AMA session also reveal that upon its launch, Binance DEX will be compatible with operating systems (OS) such as Windows, Mac OS, Linux, iOS and Android. Depending on the OS, one can access DEX or its client user interface using a web browser.

In the same vein, the CEO stated that the listing fee on DEX has been set to around $100,000 even though it will be adjusted with time. CZ also noted that it has been set to be high in order to reduce spam and scam projects. Likewise, validators that are to be listed will have to be voted.

One more question that is worthy to note, is Binance Coin (BNB), the exchange’s native currency role on Binance Chain and DEX. According to the CEO, BNB can be likened to using Ethereum coin on the Ethereum blockchain. Therefore, BNB will be used to pay for network transactions, like gas.

Reportedly, Huobi, Singapore-based virtual currency exchange in June 2018 also announced that they will be launching an open-source blockchain protocol. To that effect, 30 million Huobi Tokens (HT) worth $166 million at that time, were allocated.

XLM has in the last couple of hours managed to record some marginal gains. This comes off the back of…