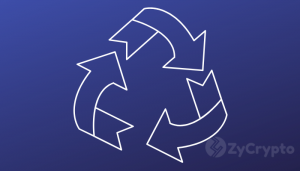 The feat attained by Bitcoin has made it the king of all cryptocurrencies and a benchmark of all digital assets. Bitcoin has become the yardstick to which all other cryptocurrencies are compared. In a bid to compare Dash to Bitcoin, this article seeks to bring to light some of the known features between the two.

Even though Bitcoin has a lot of advantages over Dash regarding adoption rate and institutional trust, Dash has improved features that make it convenient to use. Despite its popularity among the digital assets, Bitcoin takes an average of 10 minutes to confirm transactions and makes them irreversible after six confirmations.

Bitcoin also uses a pseudonymous structure which makes it possible for transactions to be traced to the sender. However, Dash makes use of InstantX masternode which speeds up the rate of transaction confirmation. Dash also uses PrivateSend to guarantee users full security and privacy.

The motive behind the creation of Bitcoin has become a model for all other introduced digital assets. Dash has a similar feature of transaction verification, blockchain technology, decentralization, and anonymity. It stands as one of the fastest growing networks in the cryptocurrency industry and playing an essential role as an instant medium of exchange.

Another talking point that calls for comparison is the maximum supply available to the market. According to economics, every asset must have a finite supply to protect its value. In the economics point of view, the price of an asset rises when demand exceeds supply, and this is important to investors who expect to see something better in the future. Bitcoin has a maximum supply of 21 million.

The post Comparing Dash to the King (Bitcoin) appeared first on ZyCrypto.

Could The Global Economic Anxiety In 2019 Play In Favor Of Bitcoin Hitting An All-Time High?

According to recent reports, the year 2019 is faced with great financial anxiety. The U.S economy, for instance, is expected…

Netflix Might Be Planning To Release A Documentary About Altcoins

Cryptocurrencies continue to attract lots of attention across the globe especially within the financial circles. However, it now seems like…