Some of the most popular cryptocurrency-related channels on YouTube indicated that the giant video platform is shadowbanning Bitcoin videos. Several well-known YouTubers complained that the new practice began two days ago, which coincides with a recent core update from Google.

It appears that now the Google-owned platform is taking another drastic action towards silencing the Bitcoin community. Popular crypto YouTubers outlined that YouTube is shadowbanning videos related to the ecosystem. Meaning, such content is removed from the feed of most users.

Alex Saunders, the person behind the Nuggets News Au channel, said that even subscribers with turned-on “show all” option settings are not able to locate his videos.

Carl Eric Martin, operating the popular channel “The Moon” that recently crossed the 100,000 subscribers, told CryptoPotato earlier today that he witnessed a change since yesterday (Monday). Since then, all Bitcoin-related videos uploaded to the platform start with the usual boost of views, but in a matter of a few hours, the numbers decrease significantly.

This can be seen on the following screenshot taken from YouTube analytics of two of the videos that were published today: 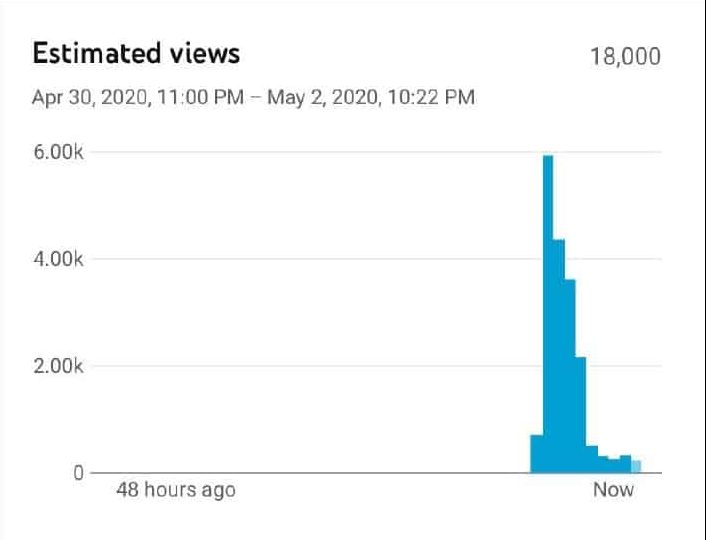 “YouTube has shadowbanned my videos about Bitcoin. Three hours after uploading my videos, the views completely drop off and no longer show up in the search results on YouTube. This is yet another attack against Bitcoin YouTubers.” – The Moon added.

He also confirmed that numerous other cryptocurrency YouTubers are affected, and he called it a “coordinated ban against videos talking about Bitcoin.”

Recently @YouTube began shadow banning videos so they don’t show in feeds. Even to subscribers with “Show All” settings on. You can clearly see how views just stop dead. I hope @TeamYouTube & @ytcreators can explain & fix ASAP? No doubt @LBRYio & others will gain market share! 🤓 pic.twitter.com/WHQnsDxGJj

Google Running The May 2020 Core Update

Shortly after the December start of the Crypto Purge, YouTube insisted that it was a “mistake” and restored most of the crypto content. However, the suspension and strikes kept happening occasionally, and it seemed that the platform had issues identifying if cryptocurrency videos are legitimate content or scams.

Now, though, the situation could be different. Approximately at the same time, when the reports on the shadowbanning began, Google, the parent company of YouTube, introduced a broad core algorithm update. Such huge updates are taking place once every couple of months.

According to Google, after this update, some of the previously high rated content could be lowered in rankings. However, it reassured that “there’s nothing in a core update that targets specific pages or sites.”

“Pages that drop after a core update don’t have anything wrong to fix. This said we understand those who do less well after a core update change may still feel they need to do something. We suggest focusing on ensuring you’re offering the best content you can.”

Additionally, Google said that its “automated systems use a mix of many different signals to rank great content.” Those included aligning “what human beings would agree is great content as they would assess it according to our Expertise, Authoritativeness, and Trustworthiness (E-A-T) criteria.”

While searching on YouTube for ‘Bitcoin,’ we do notice changes and removal of some of the most well-known crypto channels that are missing from the top results. However, as Google said, core updates take up to two weeks to settle if that’s the case.

With that being said, it’s unclear yet if this update is the primary reason; however, suppressing some legitimate videos could harm each YouTuber. Consequently, such events could push cryptocurrency content creators to search for an alternative.

Since our recent analysis, and the following update which was written just hours after as the break down took place,…

Upon printing billions of fresh USDT in the past few months, the most widely adopted stablecoin has become the third-largest…