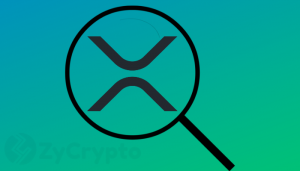 The crypto community is one interesting space that never runs out of drama. Given the nature of the industry, it’s understandable that every influential character would want to stay atop the masses’ attention to make good for their own ends. One such person is Craig Wright, the guy who actually qualifies as one of the most controversial characters in the crypto space.

Many people who don’t subscribe to his approaches in digital interaction would describe Craig as a loose cannon, a character who would say anything for a little attention. However, rough as his behavior may be, Craig has been instrumental in the development of the crypto world as we know it, the latest effort being the Bitcoin Cash fork that happened in November 2018. That controversial fork gave rise to two separate chains, namely Bitcoin Cash (initially known as Bitcoin Cash ABC) supported by Roger Ver, and Bitcoin SV supported by Craig Wright. But it’s Craig’s recent tweets that are currently attracting much attention.

In a tweet meant to discredit XRP, the popular crypto token created by Ripple, Craig Wright went all out in calling it retarded. In precise terms, Craig termed XRP as just “the other name for retarded.” Asked whether there really is a blockchain project that he endorses, Craig didn’t mince his words in proclaiming that there’s only Bitcoin.

XRP – the other name for retarded

As would be expected of such an aggressive statement, the tweet has attracted a lot of attention from various quarters, with some actually backing him up on it while a few others have expressed their displeasure about it. One Twitter user argued that at the moment, about 51% of the people don’t really distinguish between Ripple, the company, and XRP, the cryptocurrency. In a dramatic twist, Craig dropped his own reply, bumping up that percentage to 99%. Riding on the current rumors, another user toyed with the idea that XRP’s exchange volume might actually be fake.

No, it is a sham system that adds little – a false promise, shit tech with marketing and hype.

A security that is falsely marketed as something novel

https://platform.twitter.com/widgets.jsHowever, a few commentators came out in defiance of Craig’s opinion, with one calling him out for not respecting other people’s opinions. Another one wanted to know what Craig’s BSV is really for and how its future might look like, especially given that Craig has been throwing shade on others.

Craig’s attack against XRP comes just as Ripple’s Brad Garlinghouse attends the World Economic Forum in Davos, Switzerland. The forum, attended by various crypto enthusiasts and investors like Jeff Schumacher and Glenn Hutchins, has its main agenda focused on discussing the future of cryptocurrencies and the blockchain technology.

The post Craig Wright Believes XRP Is Nonsense, Calls it “Shit Tech” and A Security that is Falsely Marketed appeared first on ZyCrypto.

Bitcoin: 3 Best 2019 Predictions that are Being Realized

Margin Trading Platforms offer many opportunities to earn from the price movements of trading assets. But fees often can pile…