After Cronos Group reported fourth-quarter losses of C$11.8 million ($8.8 million) and Cannacord analysts Matt Bottomley and Bobby Burleson downgraded the stock to sell from hold, its stock fell to as low as $17.72 per share on Wednesday. 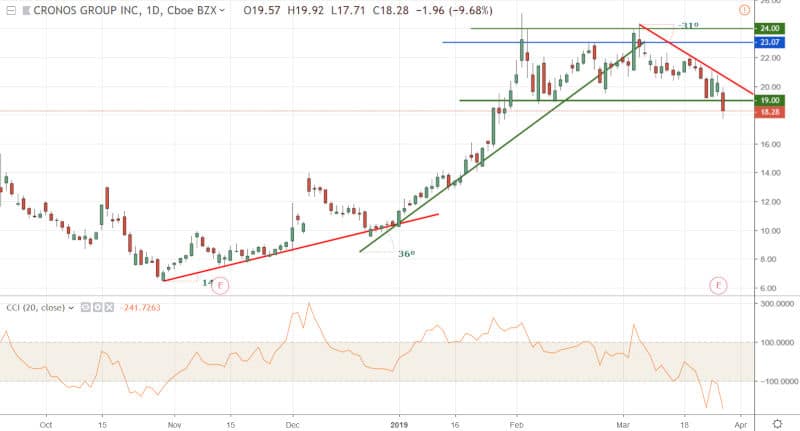 The stock of the Cronos Group went up 82% year-to-date to $25.10 per share in February and investors were expecting last quarter’s revenue to come around C$10. 4 million as it received C$2. 4 billion or US$1. 8 billion investment from tobacco giant Altria Inc. However, the actual sales came out much lower than what the analysts were expecting and amounted to only C$5.6 million, that put a big question market on the lucrativeness of the Canadian recreational pot market.

“Cronos has seen its share price almost double as one of only two licensed producers to receive a significant equity investment from a global strategic partner,” said Bottomley and Burleson about the company.

The downgrade was mostly predicted as other major Cannabis companies did relatively well last quarter compared to their size and market valuation. “We note that CRON’s first full quarter of recreational sales fell well behind its large-cap peer group, which reported net revenues that ranged from C$21M to C$83M for the same period,” said Cannacord in a note to its brokerage clients.

Furthermore, GMP Securities analyst Martin Landry noted that Cronos’ stockpile of pot has decreased to C$10.6 million by the end of 2018. Cronos Group only had C$1. 6 million worth of cannabis that was ready to ship and the supply bottleneck will likely have an adverse effect on its revenue targets in the coming quarters as well.

The downgrade of Cronos Dragged Most Cannabis Stocks Down 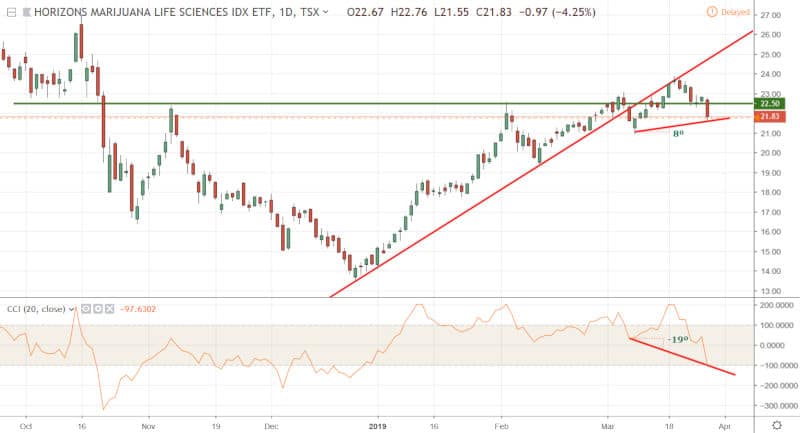 Horizons Marijuana Life Sciences ETF tries to replicate the performance of the North American Marijuana Index that tracks the leading cannabis stocks operating in the United States and Canada. Hence, it appeared that the fiscal performance of Cronos Group might be affecting the entire Cannabis industry and investors should take note about how the intrinsic valuation of other companies as well.

The downgrade of the Cronos Group certainly made investors nervous. While the financial performance of the Cronos Group justifies the initial reaction of the market to a certain extent, the fact remains that growing Cannabis industry in Canada and the United States still represents one of the most lucrative investment opportunities in 2019.

Besides Cronos Group, most major publicly traded Cannabis companies seem on track and their stock valuation to be at par with growth prospects of the industry.

If You Invested $1 Daily In Bitcoin For 9 Years, You Would Have $18M

Ethereum had a massive breakout today above a long-term resistance level at $366 on Binance and $363 on Bitfinex. This…