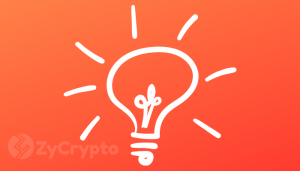 In the last couple of hours, Ethereum prices have responded exactly how many were expecting it to respond. Ethereum’s Constantinople Hard Fork is now hours away and the optimism of its success on the network is now boosting Ethereum prices.

Although Ethereum has been the highest gainer among the top cryptocurrencies, several other coins have also broken key resistance levels. For bitcoin, the last couple of hours have seen the coin surge above the $3,700 position. At the time of press, bitcoin is up by 3% and ranging $3677-$3,700. Bitcoin’s surge is evidence that the market is still very volatile despite popular belief that this would be the year it gunner’s maturity.

The last couple of days have seen the market take a nasty decline that has shaken a lot of investor’s faith. The decline saw the market wipe off gains from over 2 weeks in a couple of days. It was around this time that it was reported that investors who had not been active between six months and more than two years had begun moving their cryptocurrencies. This was a clear sign of panic.

This recent flash hike could well restore confidence among a few traders and see some stability set in on the market. If Ethereum’s upcoming Constantinople is successful this could also potentially see the wider market extend its rally.

Even though Ethereum is at the time of writing this trading just below the $130 mark, the coin has been testing the $130 position but encountering resistance. The bulls are expected to continue with their resilience and fully capitalizing on the upcoming event. This is expected to pay off seeing prices near their all-time highs of 2019.

At the beginning of the year, Ethereum hit a new year high of $156. The next couple of days should see the coin hit around $140 depending on the success of the upgrade.

The developments around the market are expected to carry on through the week, with the real test coming as we get to the weekend. Towards the end of the week, the market has been struggling to stay green. Additionally, at this point, the results of Ethereum’s Constantinople hard fork will be clear.

The last couple of days have seen Ethereum ETH surge and mark a new high. The surge was facilitated by…

The Reserve Bank of India, one of the biggest in India according to report, is forcing customers to reject accepting…