Bitcoin traded around the resistance range at $5,200 and from there the next resistance level is at $5,500. Following the correction and the current Tether Saga, the market is looking to understand where the wind is blowing to and it is quite likely that the way up will go through some pitfalls as the next support is at $5,000. 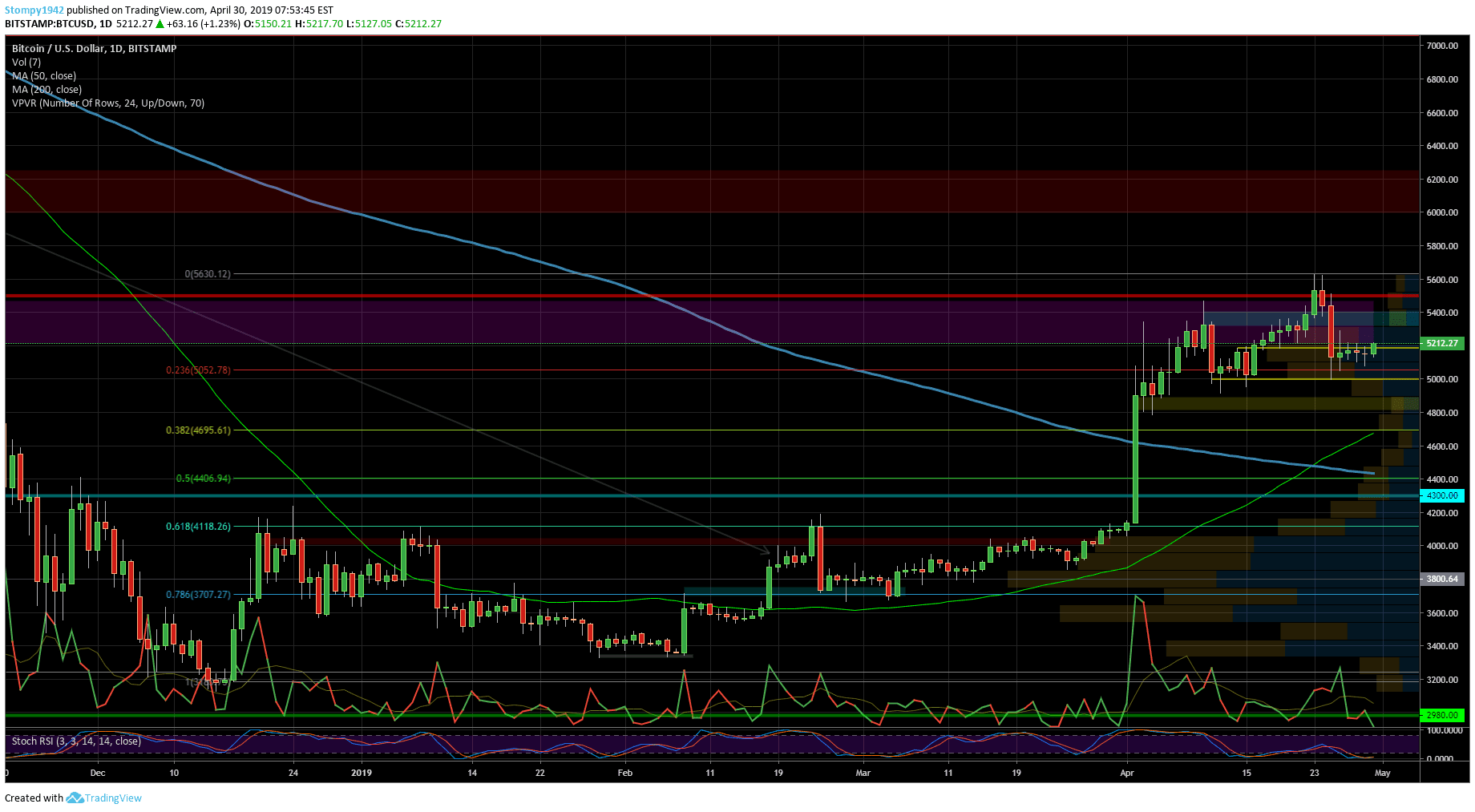 Against the US Dollar, the support at $160 has become resistance. The graph is showing an uptrend starting from February and the support is currently sitting at around the 50MA at $150. Nevertheless, there is still fear and a significant drop in the trading volume. The events during the past week added more noise to the market which is waiting to see Bitcoin’s response in the short term. 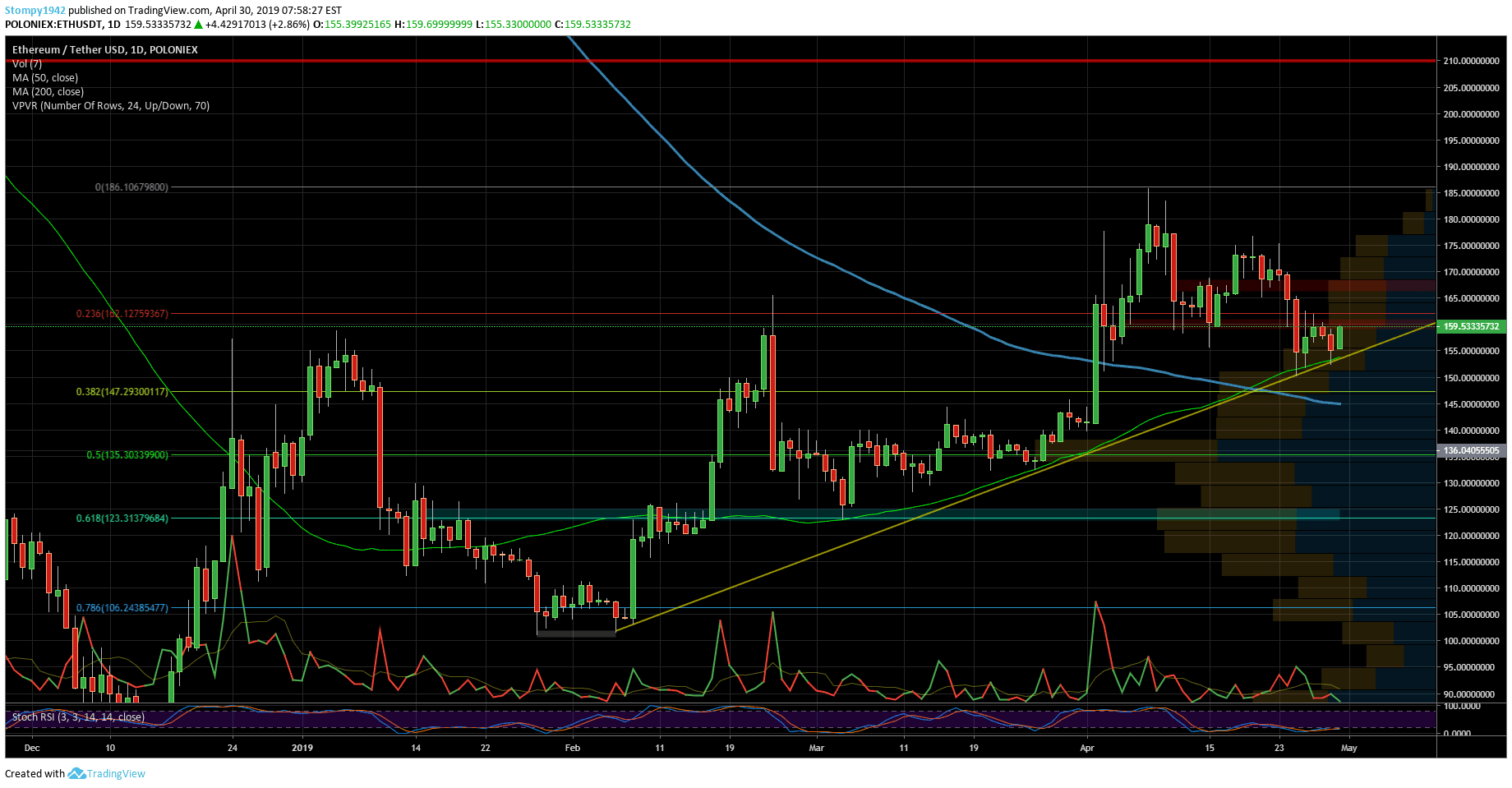 Against Bitcoin, ETH is returning to January’s support where it held at around 0.03BTC. If the support holds, we will see the formation of a double floor and a type of W which is the resistance center at 0.04BTC in an attempt to breach above it since last time in mid-February. Meanwhile, the resistance is found at 0.032 BTC. 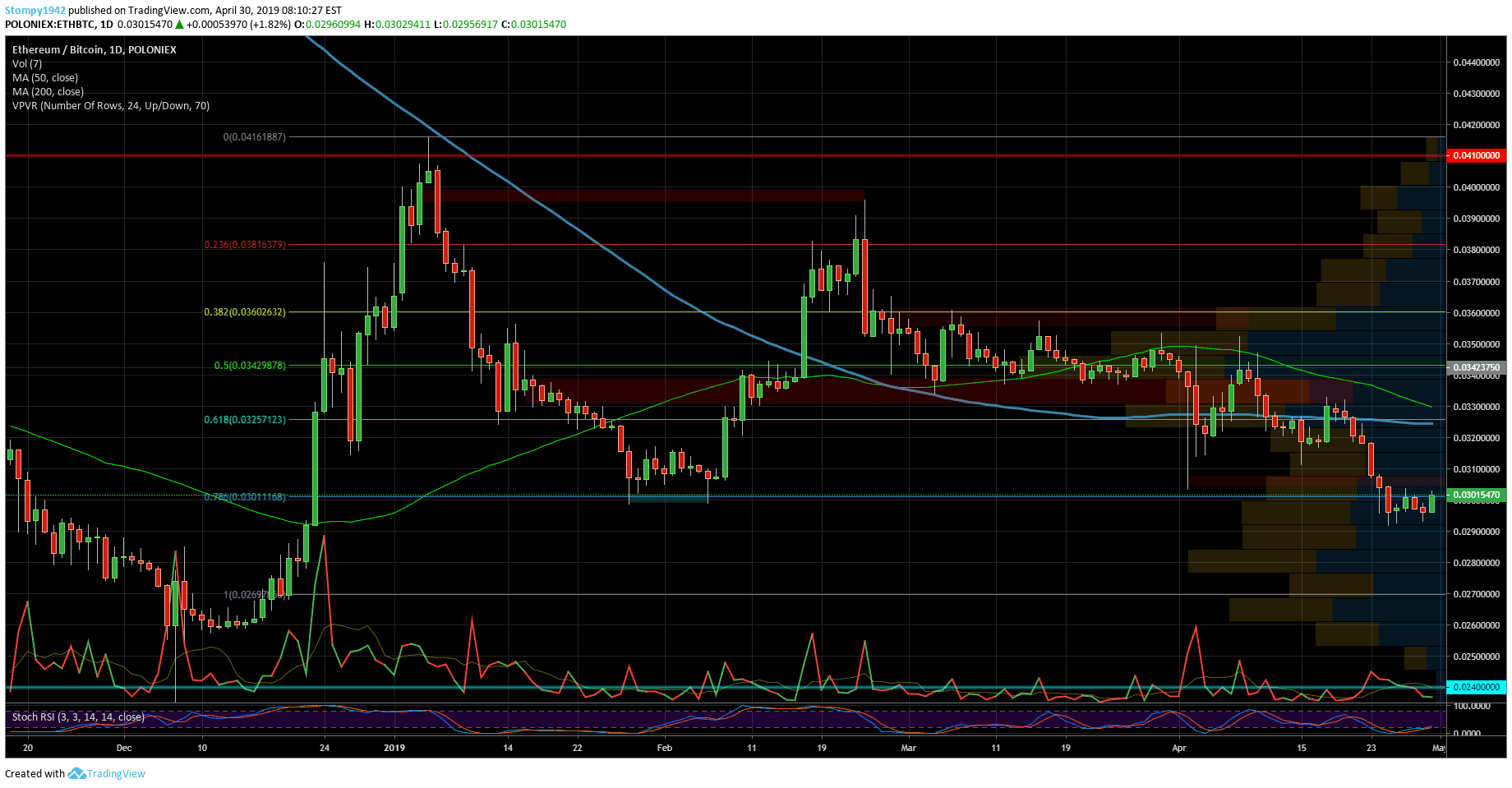 Against the USD, support holds at around $0.29 with a respectable volume back up to $0.30, which is the range in 2019. The year so far appears to be stable compared to the previous two years. However, the strength of the network and the hype around Ripple’s co-operations which come on a regular basis fails to wake up XRPs price. It started 2019 trading at around $0.45 and behaves differently from Bitcoin, Ethereum, and other altcoins which have yielded a positive return. Resistance is found at $0.32. 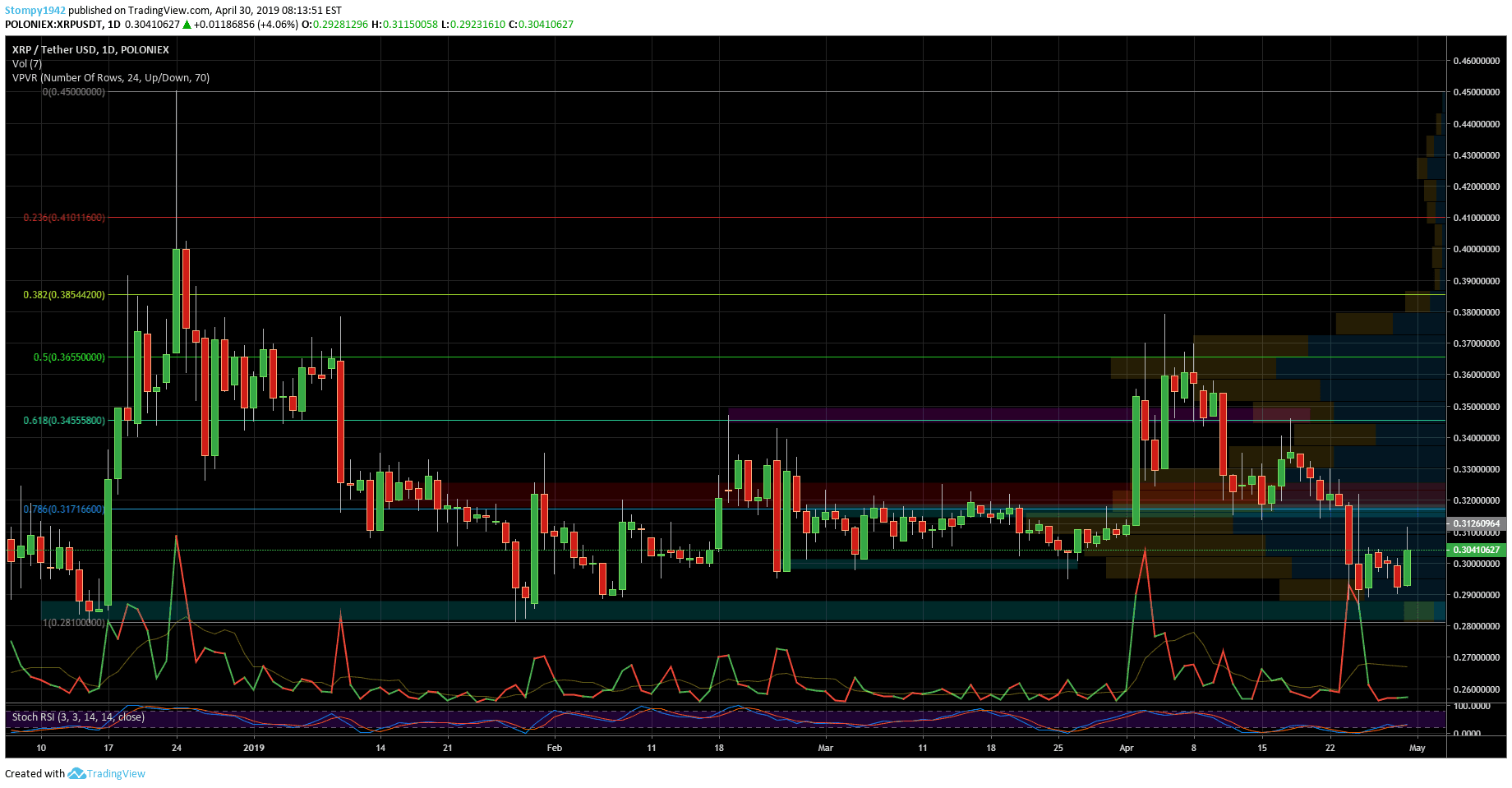 Against Bitcoin, the weekly chart displays a clear downtrend and support at around 5000SAT as the floor is at around 4200SA and it can be tested as well. On the way down, all of the support levels were broken, while the resistance lies at 7000SAT. The trading volume is also on the decline, as is the RSI. 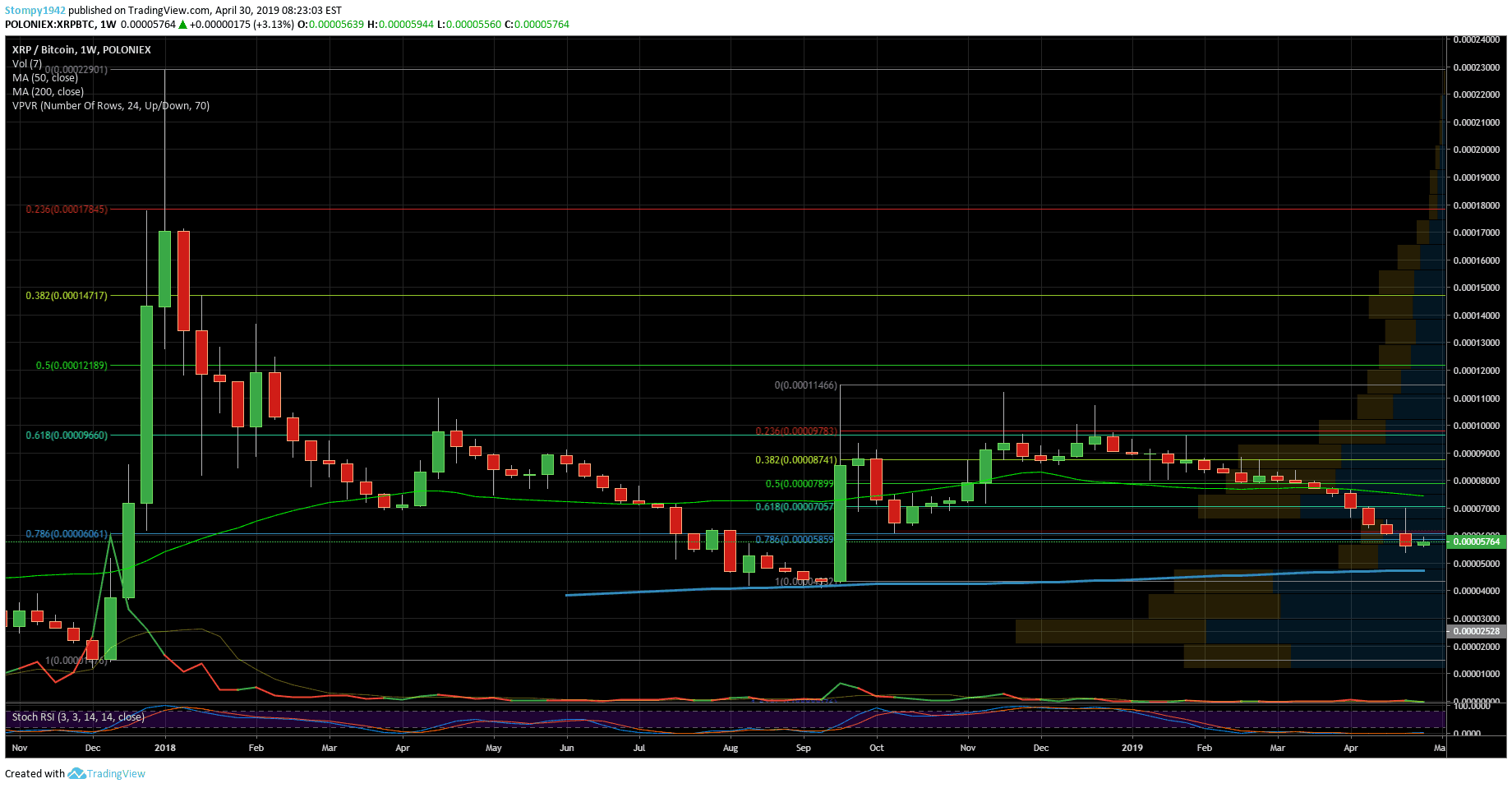 Against the US Dollar the floor was set at $0.20. The hype in the first 24 hours following the announcement of cooperation with Jaguar Land Rover led to a sharp and quick jump to $0.33 with a correction to the support level found at $0.28. 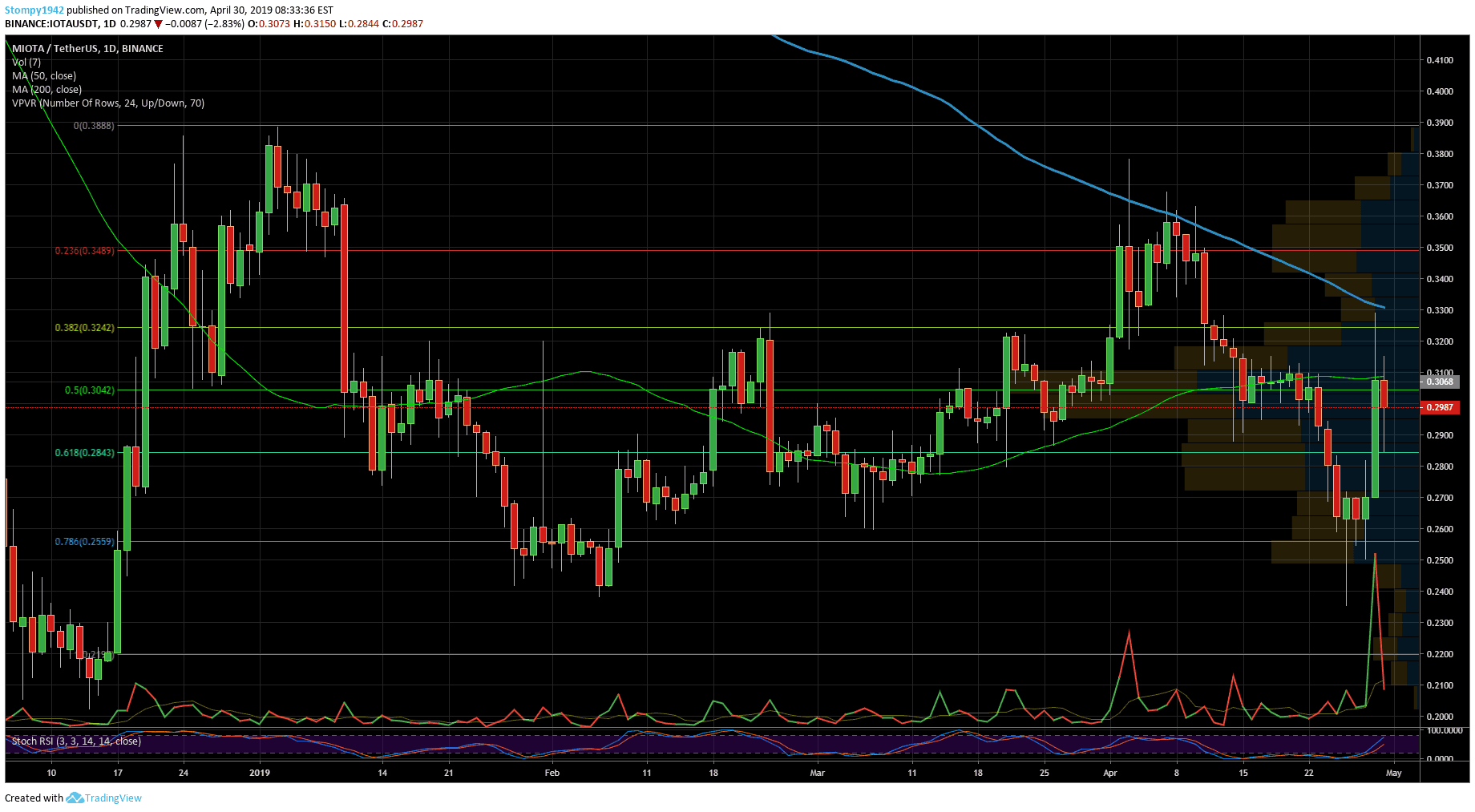 Against Bitcoin, it also appears that the news has had an impact, as IOTA shot up to 6200SAT. Of course, here too, the correction didn’t take long to happen, brining the price to 5600SAT. The resistance is being built at around 5800SAT. 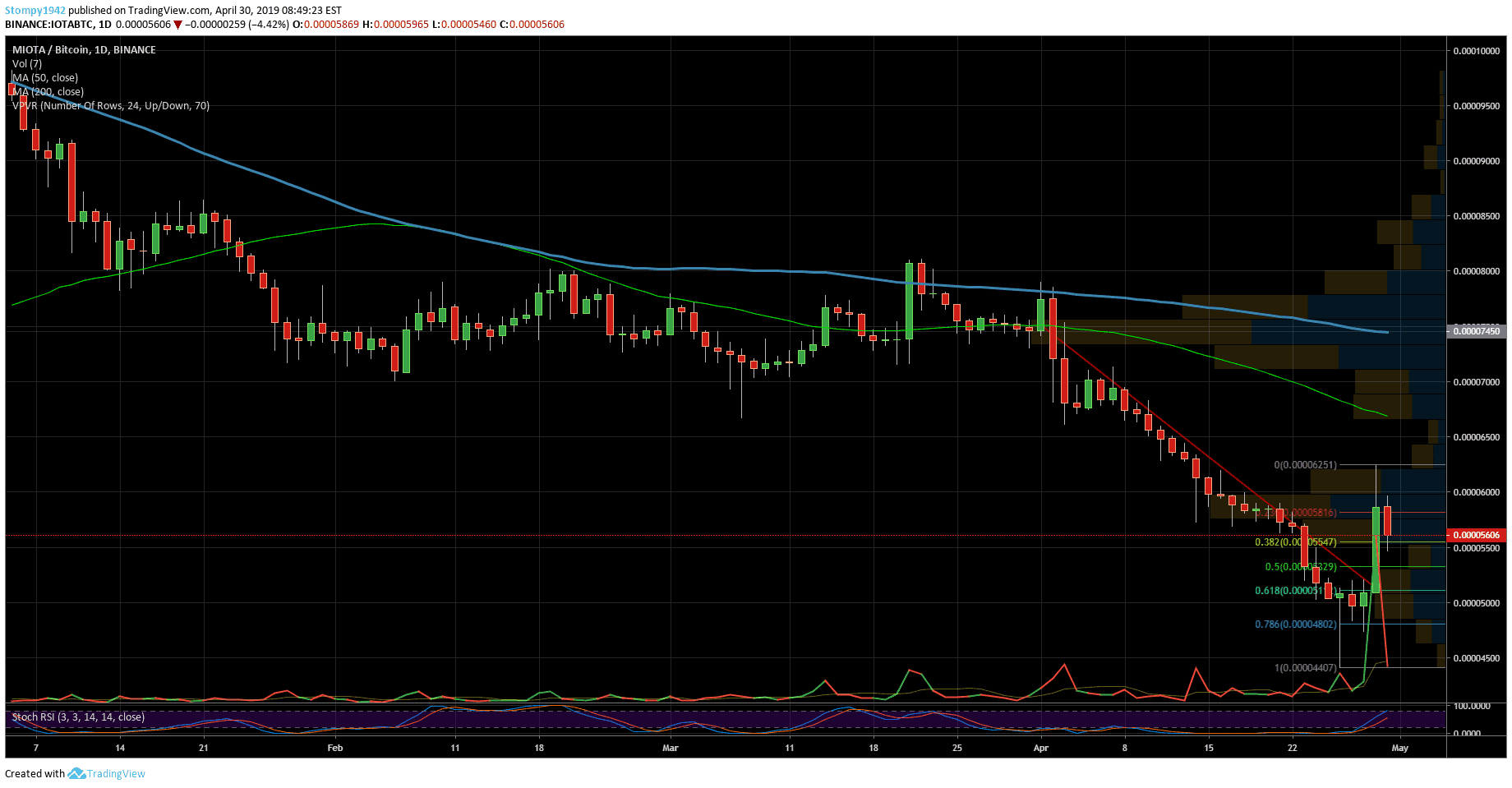 Bitcoin Cash is the first hard fork of Bitcoin. The reason for the split was a long standing debate within…