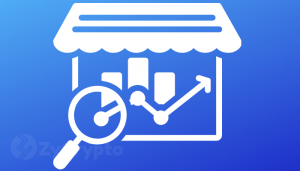 Many cryptocurrencies giants such as Bitcoin saw a quick decline after the first half of 2018, though analysts are optimistic cryptocurrencies will keep rising in 2019. Generally, the possibility of cryptocurrency replacing the outmoded banking and financial system is still gaining traction as we are seeing many other cryptocurrencies projects emerging.

The goal of most of these cryptocurrencies is to provide innovative technology that enhances the fast, reliable and consistent exchange of data among members. However, some new projects are expected to rise and keep inclining in the long term. Therefore, let’s take a look at three rising stars in 2019 and beyond.

By identifying Bitcoin’s shortfalls of being a practical blockchain for Enterprise data solutions, blockchain innovations company, Factom, is aimed at becoming the industry’s top provider of blockchain data source solutions at all stages.  The company reacted to the difficulty in synchronization and the challenge of protecting distributed records and data by developing the Factom blockchain as open source, achieving complete decentralization in May 2018.

Factom in Q4 2018 announced important partnerships with one being China’s most prominent independent business-to-business online video networks, Yooya, which is set to power the Factom Harmony platform through Wancloud, Factom’s re-seller in China. Factom have announced other good partnership that will help integrate the Factom Harmony blockchain-as-a-service platform into their solution.

Nonetheless, the price of Factom now is $6.07, and its current circulating supply is 8,745,102 FCT with a market cap of $53,057,143. There is a link with this adoption and the price rise of Factom, with analysts predicting a long term rise.

Another amazing rising star is Jetcoin. Development mainly to support up and coming athletes and talents, Jetcoin gives fans a bit of future earning of various talents they follow, that is the more success the talent achieve, the more fans of that talent gains financially.  Explicitly, Jetcoin is a means fans and investors to support various chosen talents enthusiastically.

Jetcoin has many partnerships, with one being the Lagardère Sports Group partnership in 2018 to market the agency’s brands, like designer sneakers, during 13 English Premier League matches. Also, recently, Jetcoin Institute allied with an Irish company called Prime Sports Rights, to represent football stars such as Manchester City players Danilo Luiz and Fernandinho and Real Madrid player Marcelo Vieira, to monetize exclusive social media engagements. These and many other partnerships promise a great future for the cryptocurrency.

Moreover, Jetcoin now has a price of $0.027 and its current circulating supply 6,822,895 JET with a market cap of $186,252. Jetcoin has the potential to transform the finance industry profoundly. It also has many positive predictions from analyst and should be a long term choose on your list.

0x is one of the hottest and recently trending cryptocurrency. 0x was created to be used for “powering decentralized exchange.” For now, 0x only supports ERC20, but stories going around suggest that 0x might incorporate into other chains in the future.

Many factors might drive the value of the 0x up from time to time, and independently, 0x might be turned into one of the most valuable coins in the crypto marketplace which is absolutely a plus for the cryptocurrency.

Also, due to the strong links of 0x’s advisers to Coinbase, this links bought rumors occasionally that 0x will be added on Coinbase before becoming a reality as Coinbase now allows you buy and sell ZRX.

To quickly say 0x protocol could be the future of cryptocurrency exchanges is not absurd as all indicators make the cryptocurrency a brighter star. In any case, 0x is now priced $0.237360, and its current circulating supply is 584,053,225 ZRX with a market cap of $138,631,058.

The post Cryptocurrencies: 3 Rising Stars In 2019 and Beyond appeared first on ZyCrypto.