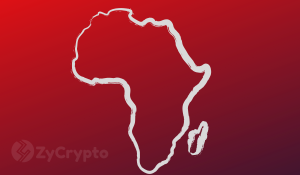 Africans are yet to fully integrate digital currencies into its highly lucrative economic system and this is mostly because of its very strict governmental policies which have remained firm over time past.

Despite the fact that a good 40% of Africans have displayed great interest in the economic and innovative value that precedes cryptocurrency, two of the most powerful industrial and social structures have continued to dominate the financial community whilst hindering maximum support for major adaptation in the world of cryptocurrency.

While a few policymakers are beginning to create a more flexible regulatory process that considers the implementation of cryptocurrencies, the government and traditional banks have remained unmatched in their quest for dominance.

The traditional banking system in Africa has made its mark in the financial sector of Africa as the oldest and most adopted, but as cryptocurrency presents itself as a stronger medium for speed and security, traditional banks are slowly becoming a second option for the general public. If this is the present state of things, it may be a wonder why banks have not fully bottomed in the African continent yet.

Well, looking at countries like Nigeria which is the most populous country in Africa, it appears that every state in the country, even ones as small as Bayelsa State and Port Harcourt have a minimum of five existing banks with more than five thousand customers each. When the rate of traditional bank usage is considered in leading countries, It becomes less puzzling that countries like Uganda, with a reduced level of bank usage, are bigger on cryptocurrencies.

The African government has remained the topmost opposer of cryptocurrency dominance in Africa. For countries like Nigeria and Ghana, regulation of cryptocurrency is still against the government’s policies and will take more than just a few individual entrepreneurial interests.

However, with a few countries like Uganda having a crypto exchange, Senegal allocating land spaces for the Akoin, and South Africa considering to tweak regulatory policies, it is no doubt that cryptocurrency has indeed come to stay. Whether this progress is as quick as a drone or as slow as a snail, the path of cryptocurrency in Africa is already set in motion.

The post Cryptocurrency in Africa; A Dilemma Between the Government and Traditional Banks appeared first on ZyCrypto.

Mercury FX is trying to change the way people and businesses make international transactions. Their mission is to beat banks…