Breaking news
Bitcoin is at a Critical Price! Will it SOAR UP…ArenaSwap: The First BSC Based Platform Making Yield Farming FunHotbit — A New Era of  GameFi, NFT Crypto Trading…Ethereum is ON FIRE! Up 11% in the past 7…Uniswap Front End “Delisting” Of Problematic Tokens Highlights Centralization Dangers 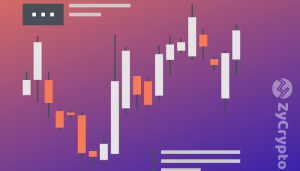 The cryptocurrency market has failed to live up to expectation leaving investors with nothing but hope for a better tomorrow. The last seven days was different from what we have been seeing for the past months.

In the last seven days, all or most of the top cryptocurrencies showed a positive growth market capitalization led by Litecoin. The digital asset recorded a 35% increase as at 10 AM GMT yesterday, (9 February 2019).

Though the momentum is fading slowly, the asset is still enjoying a high seven days percentage rise as at 20:50 PM GMT. EOS also made a lot of surprises having recorded a high jump of 16% within the last seven days.

Bitcoin, the king of all cryptocurrencies had its share of the market surge, having recorded a percentage rise of 4.8% to trade at $3662 as at the time this article was being written. The movement was made from its $3480 price zone on 2 February 2019.

Bitcoin Cash surged by over 5% to record $127 as at the time this article was being written. It was trading somewhere around $120 on 2 February 2019.

The Pattern and the Cause

Checking from the Coinmarketcap chart, one thing is clear among all the top cryptocurrencies. Almost all of them surged higher in price from Friday, 8 February 2018. This had a significant effect on their seven days journey. The question is: what happened? The answer to the sudden improvement in performance can be linked to two main factors.

Yes and No. Yes because of this may be a step to a higher level of market performance. Who knows? More speculations on the positive price movement can attract more investors to take the price even higher.

No, because the cryptocurrency market is unpredictable. A lot of good initiatives may have a temporal effect on the market and then go back to default after a quick run.

NB// The prices quoted above are valid at the time this article was being written. They may be subjected to change sooner or later.

Comparing Dash to the King (Bitcoin)

The feat attained by Bitcoin has made it the king of all cryptocurrencies and a benchmark of all digital assets.…