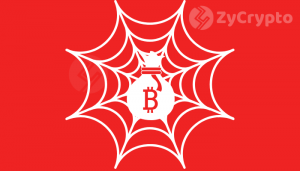 While the crashes of 2018 had many turning and running away from the cryptocurrency scene, Bitcoin still remains a popular means of payment for darknet surfers.

The term darknet refers to the parts of the internet that are intentionally hidden away from public view so that users may participate in taboo, or possibly illegal actions, free of outside interference.

According to a report from Reuters and Chainalysis, Bitcoin has been re-emerging in the darknet ecosystem. After suffering a dip in darknet action in 2017 due to the highly publicized closures of AlphaBay and Hansa, transactions are surging again and should be expected to grow.

“Use of bitcoin as a form of payment doubled in 2018 on darknet market sites, where users can buy anything from illegal drugs to fake IDs, even though the price of the cryptocurrency crashed, according to a study by data firm Chainalysis.”

The growth throughout 2018 has chainalysis convinced that the numbers will keep going up in 2019.

“Bitcoin transaction volumes on darknet markets rose throughout 2018 to an average of $2 million daily, nearly double the activity measured at the start of the year, according to Chainalysis,” reports Reuters.

“For someone who wants to buy something on a dark marketplace, the fact that bitcoin price is fluctuating doesn’t really matter.”

Chainalysis backs this claim by citing 2018 numbers where transactions grew as the tear went on and the price of Bitcoin continued to drop.

Still, other factors could hurt the volume of transactions going forward. Reuters explains that “several factors could disrupt the rise of bitcoin flows into these markets this year. These include more closures of markets by law enforcement and the movement of activity from these venues to encrypted messaging apps to avoid detection.”

Cryptocurrency Exchanges Could be a Dangerous trap for your Digital Assets

Not long ago, the many reports to create awareness to cryptocurrency investors on the very big gap that lies in…