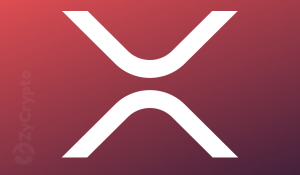 While XRP fights to remain relevant as one of the top-most cryptos in the market, the development team at Ripple is making efforts to improve the network’s functionality. David Schwartz is one of the people in the team that started work on the XRP Ledger, and he has a few facts to share about it.

In a recent interview with Joe Kaltz, David delved into the Ledger’s development over the last year. In his view, the XRP Ledger has become even more decentralized over the last one year, with the number of transaction validations handled by the parent company, Ripple, being reduced significantly to give more leeway for other independent operators.

Hear @joelkatz talk about the XRP Ledger and what he’s excited to see on the network in 2019. pic.twitter.com/PiJJuupeyL

Going further, David explained the major difference between the XRP network and the Bitcoin network in terms of transaction processing. The XRP Ledger uses the Consensus Protocol as opposed to Bitcoin’s Proof-of-Work system.

In effect, David opined that the Bitcoin network hasn’t lived up to expectations, with a major impediment being the network speed. He compared the transaction processing speeds of the two networks. With Bitcoin, a transaction can take between 10 minutes to an hour to be fully confirmed and validated while the same can take seconds on the XRP network.

Asked about what he expected in 2019, David said that he looks forward to seeing more and better use of the Decentralized Exchange (DEX). The XRP Ledger has been using DEX since 2012. Adding to that, David said that 2019 could be the year we get to see more proliferation of cryptocurrencies as well as stable coins in the financial market

Since the interview clip was posted on Twitter, various Twitter users have come out to drop their comments. For the most part, David’s opinions seem to strike a chord with the majority of the users. One user opined that DEX could be an integral part of the Ledger’s legacy by virtue of its ability to facilitate trading through a bridge asset even under unfavorable conditions.

The post David Schwartz: XRP Ledger Is Getting More Decentralized And It’s Better Than Bitcoin appeared first on ZyCrypto.

In recent time, the level of volatility in the cryptocurrency market has made it impossible for investors to actually know…

Recently, we listed ONT and ONG cryptocurrencies, which are both part of Ontology, a public blockchain protocol and a distributed…