Dogecoin (DOGE) exploded by more than 1000% to see its price peak at $0.0884 on cryptocurrency trading platform Binance.

The staggering gains saw DOGE jump into the top 10 on CoinMarketCap, briefly coming close to fifth with its market cap at over $10 billion at the time. At the time of writing, it is the 9th largest with a market cap of $8.2 billion.

A look at the price action suggests that bulls may not have the energy to sustain the pump, and DOGE is likely to quickly retrace.

Is it a buying opportunity?

According to crypto analyst Michaël van de Poppe, pumps on coins like DOGE are “always great for the markets“. But he thinks that this is not the time to buy DOGE. He shared an “old” DOGE/BTC chart noting:

“A very old chart on Dogecoin, but the levels are still applicable. Held the 15 sats range as a very old level, flipped 22 sats, and accelerated towards TP1. Is this an entry? Obviously not. But a pump on DOGE is always great for the markets.”

The 30-minute chart below shows that bears are increasing the downward pressure that has sent prices lower since the intraday peak. Currently, the DOGE/USD pair has broken below support of the 20-SMA on the timeframe at $0.050. If profit booking keeps the pressure valve open, then prices could quickly fall to the 50-SMA level ($0.029). 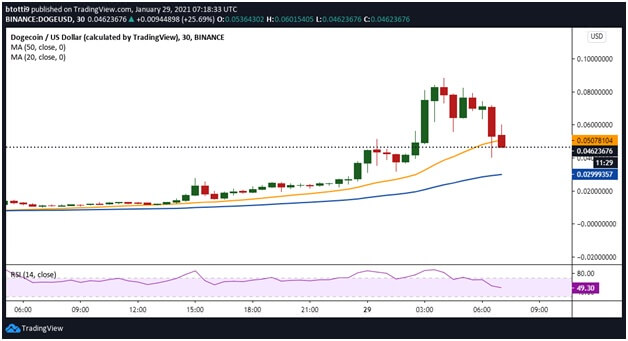 A downsloping RSI that has crossed below the middle line does not provide any solace to bulls and we could see DOGE hit prices under $0.020.

On the contrary, holding above the 50-SMA could help bulls build fresh momentum and attempt higher prices.

WallStreetBets and the DOGE/USD pump

Dogecoin traded at lows of $0.007 but skyrocketed after the WSB Chairman tweeted to more than 724,000 followers about Dogecoin’s price.

“Has Dogecoin ever been to a dollar?”

The account’s bio claims that WSB is the ‘Chairman of the WallStreetBets movement’.

Tesla CEO Elon Musk also helped pump the coin, with a tweet that showed the cover of “Dogue”, in an apparent reference to the meme coin. 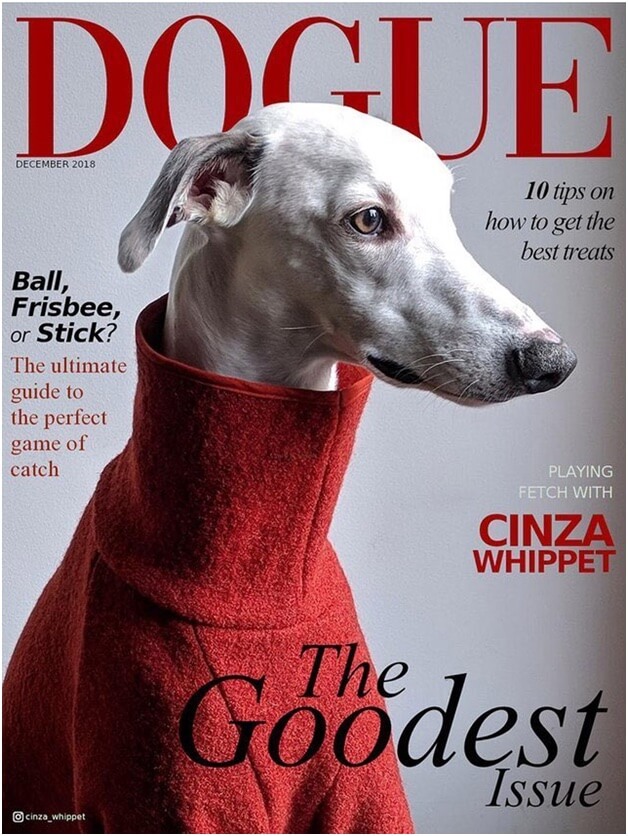 A cover image of “Dogue”. Source: Elon Musk on Twitter

According to CoinMarketCap, the aggregated all-time high of DOGE/USD is $0.0779.

The post Dogecoin (DOGE) explodes by over 1000% to break into top 10 appeared first on Coin Journal.

Where to buy FaraLand: 190% overnight gains for NFT game

NFT metaverse game FaraLand is up by almost 700% this week: here’s where to buy the breakout FARA token. The…

Polkadot-powered Relite Finance Gears up for Launch on Uniswap

Cross-chain lending protocol Relite Finance is set to launch on Uniswap later this month. Relite closed a $1MM raise at…