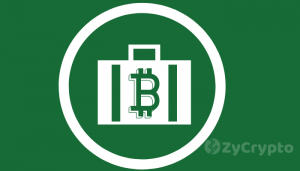 Tesla co-founder, CEO and product architect Elon Musk has made a shocking revelation that he holds no Cryptocurrency following his statement that Bitcoin is the future of money. Musk claims he only holds o.25 BTC which a friend sent him several years ago. Apart from this, he claims he has no other crypto holding.

This is quite a surprise because Musk has been quite active in the cryptocurrency space and many would have thought he was a cryptocurrency investor at least. In a recent report, Musk said Bitcoin is brilliant, saying cryptocurrencies are a better means of transferring value than conventional money.

This statement led many to believe Musk was considering venturing into the cryptocurrency industry. In a podcast, he said:

“I think the bitcoin structure is quite brilliant,” Musk said, adding Ethereum and others to that list. “But I’m not sure it would be a good use of Tesla’s resources to get involved in crypto. We’re really trying to accelerate the advance of sustainable energy, and I think actually one of the downsides of crypto is that, computationally, it’s quite energy intensive. There had to be some kind of constraints on the creation of crypto, but it’s very energy intensive to create the incremental bitcoin at this point.”

Also contrary to this statement, Musk said his company Tesla will not be getting involved with cryptocurrency, probably never. This is another surprise because a number of car dealerships now accept Bitcoin and many more may be accepting other cryptocurrencies as well. How come Musk’s Tesla is steering clear of cryptocurrencies?

Meanwhile, Bitcoin has been close to $4,000 although it couldn’t sustain the $4,000 mark or go beyond it and many believe it could break through the barrier soon. This would mean a higher climb for Bitcoin as it has not been able to go beyond that level since late 2018. Will Elon Musk eventually go into cryptocurrency or is he serious about staying out?

The post Elon Musk says he has no Crypto Holdings after saying Bitcoin is the Future, How Ironical? appeared first on ZyCrypto.

Ripple has been on a hiring spree the past few months. They have been aggressively searching for top-notch tech talent,…

Cryptocurrency in Africa; A Dilemma Between the Government and Traditional Banks