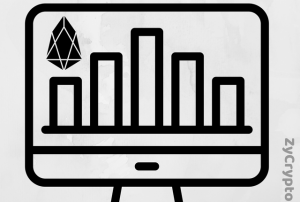 The bulls seem to have return and this time, with full force. This is evident in the current structure of the cryptocurrency market as the majority is blooming in gains. Surprisingly, the difference between yesterday’s market and today’s is showing a staggering difference. Progressively, some coins/tokens have taken this opportunity to reclaim their previous spots as they flourish with gains.

At the moment of this writing, LTC, BNB, and Dash are the only tokens amongst the top 20 blinking in red. Thankfully, the losses only range from 0.13% to 3.44% and are likely to turn green in a few hours.

Earlier this week, it was reported that EOS had lost the 4th spot to its closest rival LTC whose market capitalization exceeded EOS’s by $21 million. In a rather interesting turnout of events, EOS has now reclaimed its spot.

Not only did EOS make this swift come back within two days, but EOS is also the highest gainer amongst the top 20 cryptocurrencies as it attains 5.69% in profit at press time. This increase has largely influenced the current trading price of EOS. Currently, at $2.93, the coin is set to breakout to $3.

However, there is a large possibility that this might be hindered by LTC. The coin, although losing 0.13% is seated right behind EOS with a trading volume of $1.02 billion. Asides from this impressive trading volume, LTC’s current market capitalization of $2.62 billion is only $3 million below EOS’s $2.65 billion market cap.

And while EOS has managed to stay above because of its trading volume of $1.06 billion, a slight downtrend for EOS and a slight upswing for LTC is all it will take for LTC to return to the 4th spot Within the next 24hrs.

The post EOS Back on Track as Market begins takes a Bullish Path appeared first on ZyCrypto.

Information on Bitcoin and Ethereum indices will soon be available on Nasdaq’s global data services, according to an announcement by…

Satoshi Capital Research, a quantitative cryptocurrency hedge fund based in Atlanta USA, has made a bold declaration that “BTC is…