According to the official contract address of Eth2, the contract has finally reached 524,288 ETH, most of it in the past four days with only 10 hours left until the minimum genesis target. The highly anticipated upgrade is set to be launched on December 1.

Any user interested in staking needs to deposit 32 ETH in the contract. The 2.0 version of Ethereum will employ the Proof Of Stake (POS) so users will require to put in their “stake” to act as validators on the new network and receive ETH rewards for participation.

The principal requirement for launch is that users deposit 524,288 ETH or equip 16,384 validator setups to make the new launch. Vitalik Buterin himself has contributed to the contract depositing 3,200 ETH to show his confidence in the network.

The current price of Ethereum is around $620 as the digital asset continues climbing thanks to the massive interest shown by investors in the 2.0 version. The digital asset has recently broken the psychological level at $600 and it’s aiming for $1,000. 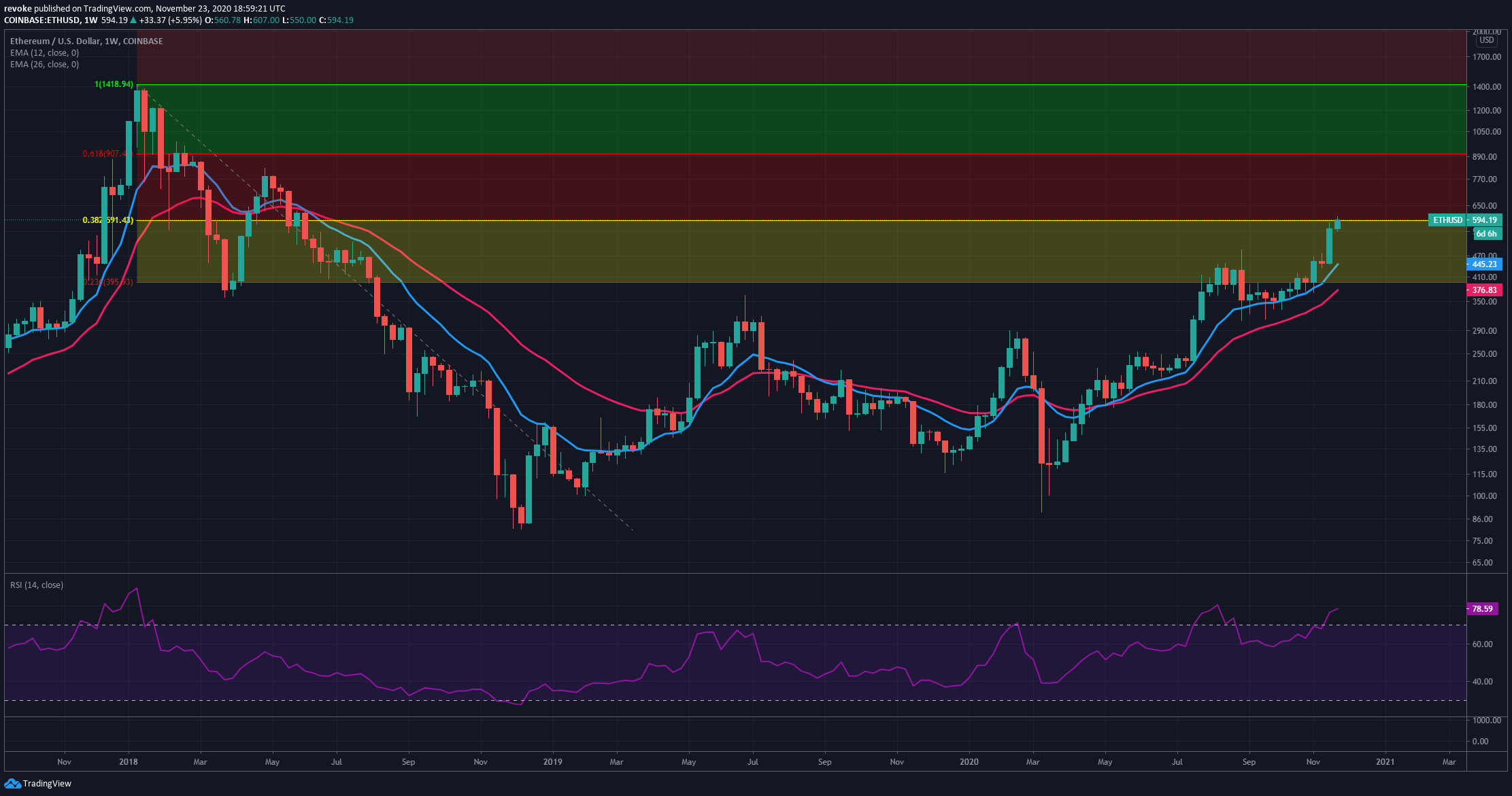 The Fibonacci Retracement indicator is showing some notable resistance levels on the way up on the weekly chart. There is a strong resistance level at $591 which was broken hours ago. However, it seems that ETH is re-testing the level now. The next significant Fib level is 0.618 at $907 followed by the all-time high at $1,419.

3 Reasons why AAVE is a GOOD Investment

Traditional finance is prone to faults and errors. The Gamestop scandal was the perfect example of why people are looking…

A stablecoin is a cryptocurrency that is pegged to the specified stable asset, like gold or the U.S. dollar. In other words,…