Ethereum just managed to briefly climb above $360, hitting $360,52 on Binance before a slight rejection towards $357. Currently, Ethereum price is at $354.65 which means the bulls are still in control. 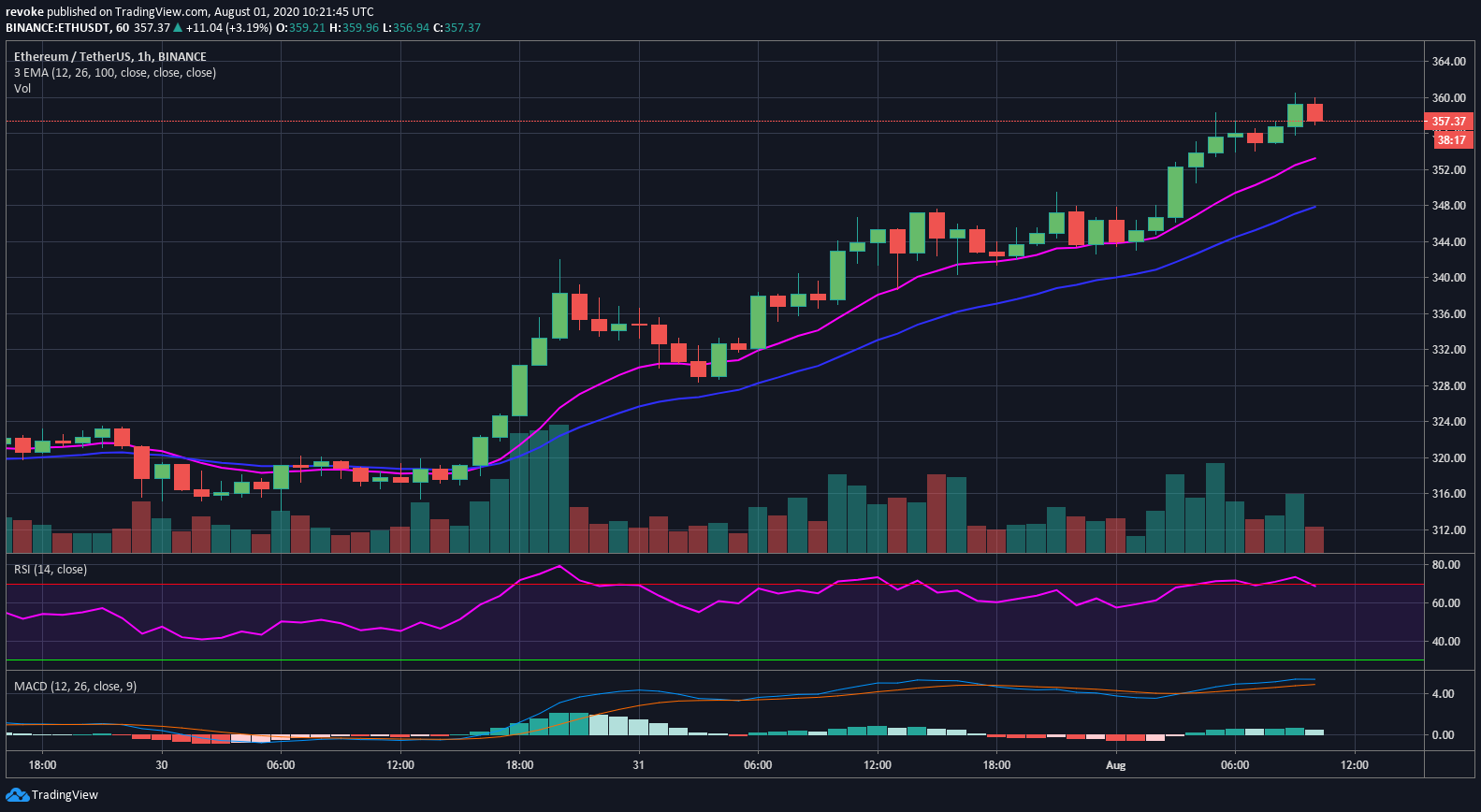 The hourly chart is clearly in favor of the buyers and the 12-EMA should serve as the critical support level in the short-term, located at $353.23 for now.

The RSI is slightly overextended but as we know it doesn’t necessarily affect the ability of the bulls to continue pushing the price as the momentum is simply too strong.

Bitcoin also had a breakout of its own to 11,700 and it’s now obvious the entire crypto market is heavily bullish.

Is Ethereum Going to Hit a New All-Time High?

We know Ethereum is extremely bullish right now, the daily chart is in a robust uptrend and in no danger of losing it but what about the longer time frames? 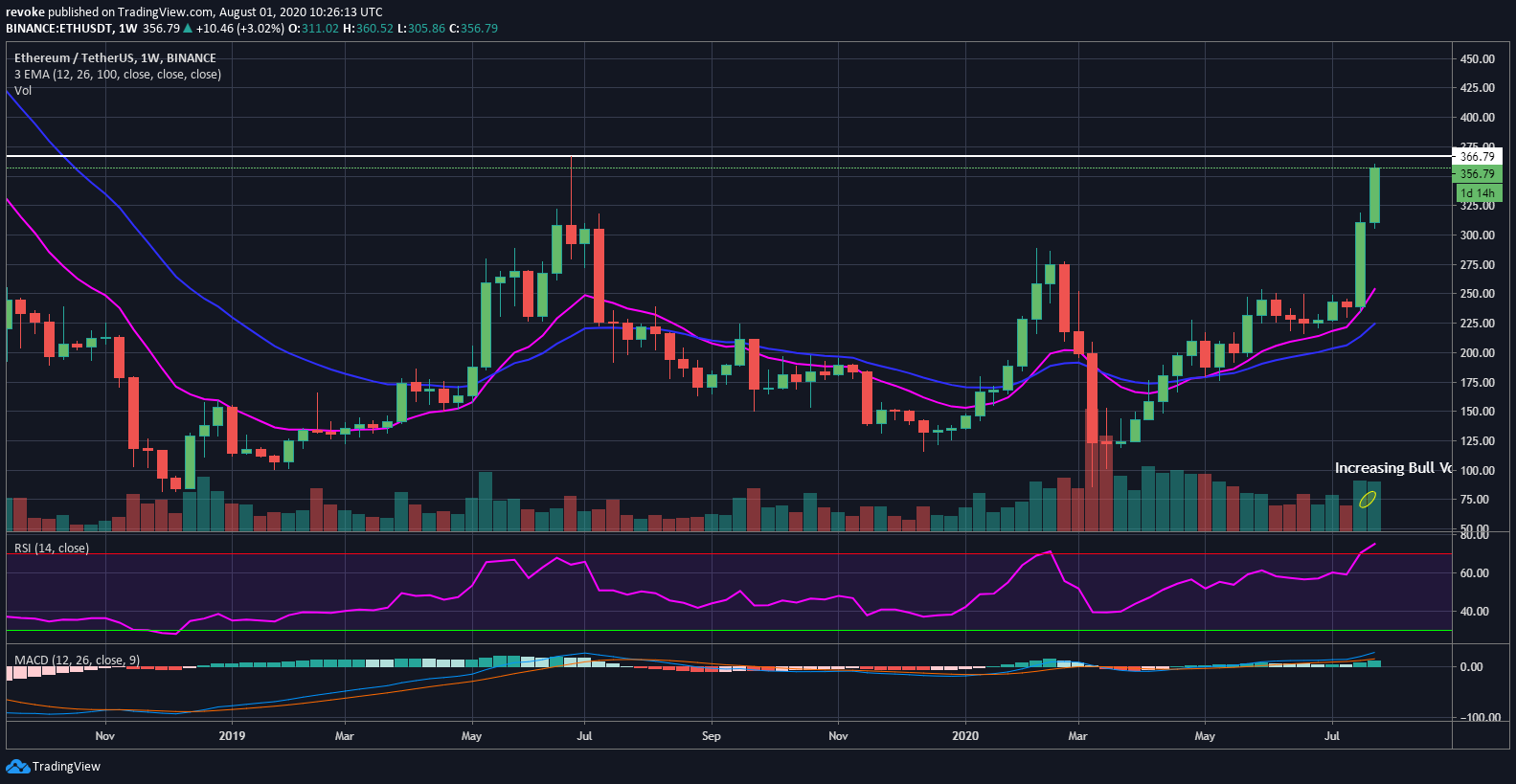 The weekly chart is also in an uptrend and is seeing increasing bull volume, a really positive sign. The RSI is also overextended here but again it won’t necessarily stop ETH from continuing with its rally.

Even if we see a consolidation period with Ethereum going down, the digital asset will remain bullish. 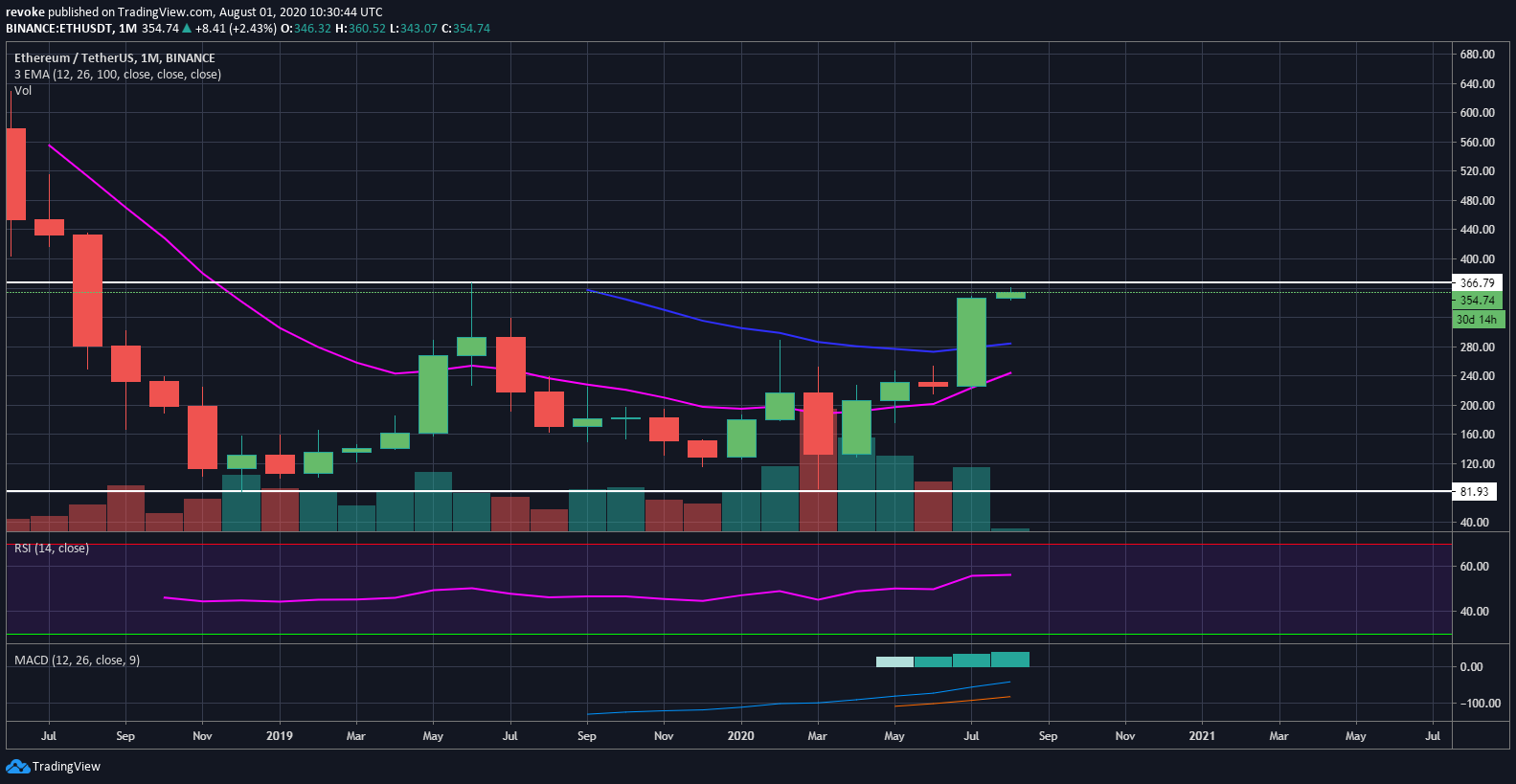 On the monthly chart, Ethereum is on the verge of confirming an uptrend, something that hasn’t happened since 2017. The resistance level to beat is also $366.8 since the bulls already established a higher low at $86, compared to $81.79, which was established in December 2018.

The EMAs are also close to a bull cross, again something that hasn’t happened in more than two years. At this point, Ethereum is at least forming a monthly bull flag and also possibly an equilibrium pattern that is favoring the bulls right now.

The 26-EMA should serve as a long-term support level at $284 but the 12-EMA will eventually climb above it if the bullish momentum of Ethereum continues for the next two months.

Cryptocurrency investments are undoubtedly highly lucrative and rewarding, in a relatively short period of time. However, the ROI might be…