Miners on the Ethereum network had a bumper September as their total earnings from transaction fees increased 47% over the previous month’s.

According to Glassnode, Ethereum miners earned a total of $166 million over the month- the highest ever monthly earnings from fees in the network’s history.

This is what the on-chain market analysis provider shared via Twitter:

“Ethereum miners made a total of $166 million from transaction fees in September – a new ATH. Which is an increase of 47% compared to the previous record high in August.”

While miners on the second-largest cryptocurrency network by market capitalization earned nearly 50% more from fees, those on the largest (Bitcoin) managed just $26M from fees.

As can be seen in the chart below shared by Glassnode, miners on Ethereum recorded a six-fold edge in revenue from fees over those on the Bitcoin network. 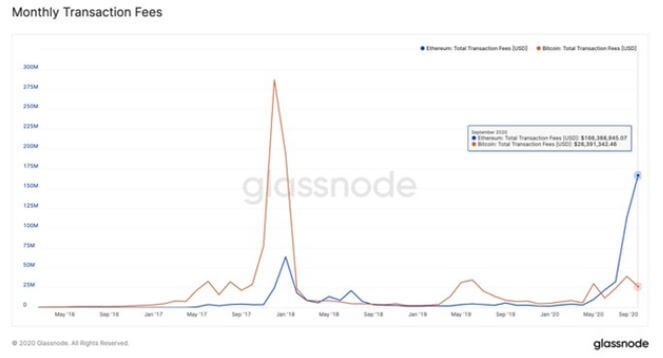 The crazy growth within the decentralized finance (DeFi) ecosystem was highlighted by an increase in trading activity (and network congestion) that pushed transaction fees on Ethereum to new all-time highs in September.

In August, Ethereum miners earned over $113 million from fees, up from $32 million in July. Overall, a boom in DeFi saw miners surpass their previous high of $63 million in revenue from fees set in January 2018 as Ethereum price pumped to it’s all-time highs around $1,432. 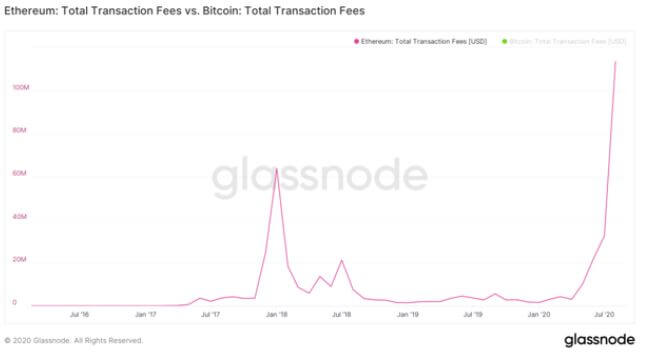 Trading volumes on decentralized exchanges (DEXs) continue to spike and have contributed greatly to the miners’ total earnings. For example, leading DEX platform Uniswap saw over $14 billion in trading volume last month, with over $2.25 billion traded in the past 7 days.

According to DEX metrics tracked by Dune Analytics, the sector has seen 100% growth in trading volume, with $24.1 billion traded over the past 30 days.

It’s clear that a continuation of the trend that has seen a spike in trades and transactions could see miners earn even more from rising transaction fees.

ChangeNOW has announced an update for the fixed rate functionality on their cryptocurrency exchange platform. The changes involved interface, transaction…

Crypto exchanges susceptible to breaches due to design | Bybit CEO