Yesterday, the market saw a nice mini-rally. BTC price gained 5% (Bitstamp) and is now trading at the $3650 price level after hitting a significant resistance level and giving away some of its gains.

The Ethereum price had a nice 11% run and is now trading around the $127 price level, Other smaller Altcoins were moving much more radically, with some coins gaining 30-70%.

In the time of our last analysis was published, ETH was trading at the 0.5 Fibonacci level, and we anticipated another move down towards the $114 price level, at the 0.618 fib retracement level.

Since then, ETH has declined to our expected target at the 0.618 retracement where it found the support needed to ignite yesterday’s bull-run.

As we explained before, The 0.618 Fibonacci retracement level is always a sweet spot to expect a bounce, as it is the bulls most favorite place to enter their long positions.

Looking at the 4-hour chart 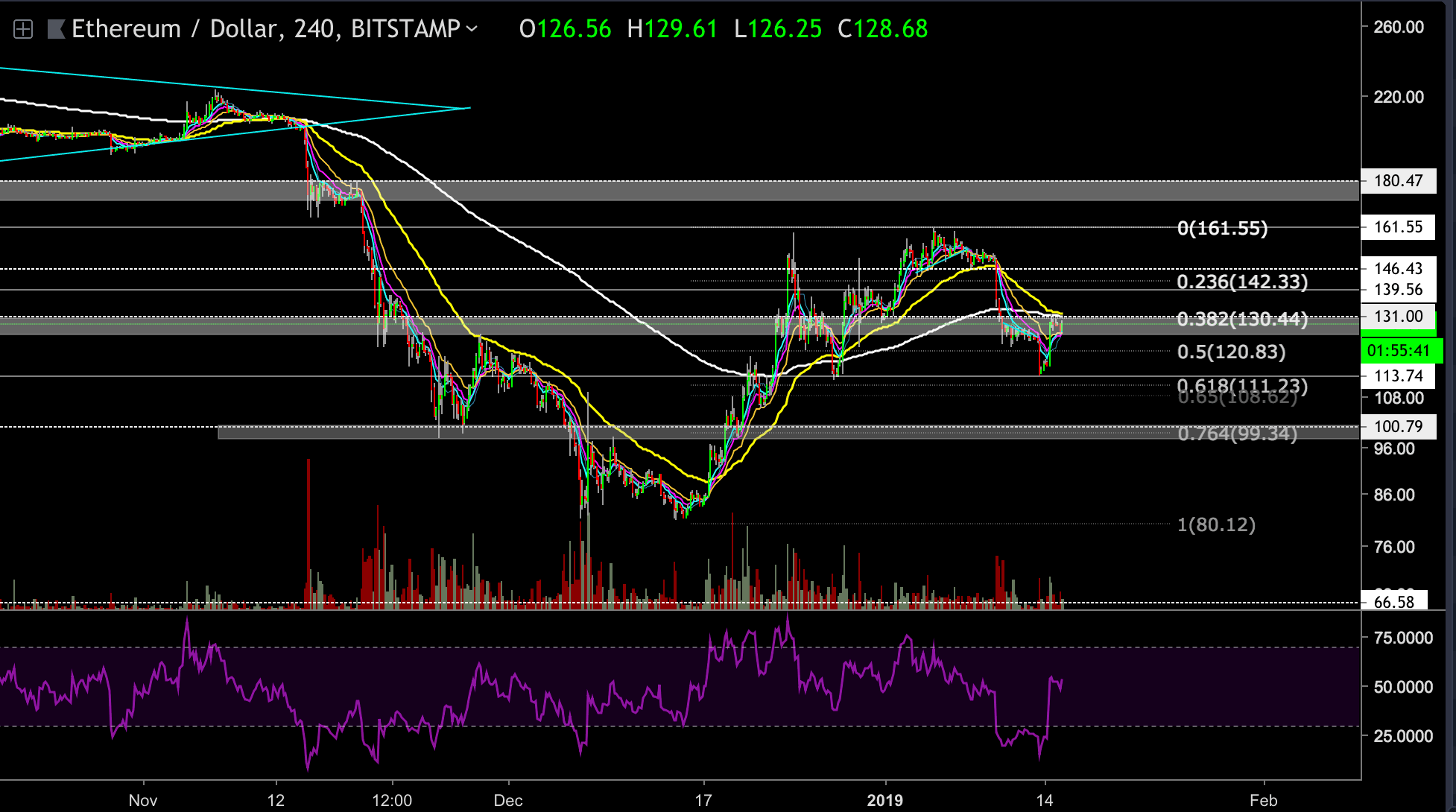 This man sold his house and all his belongings for Bitcoin

People interested in the world of cryptocurrencies for a long time may have heard of it. The Taihuttu family from…

Ethereum has seen a slight rebound during the end of April 2018 toward $170. The cryptocurrency has seen an impressive…