Ethereum has been quite clearly the leader during the recent bull rally, ignoring some of the new DeFi projects. Looking at Ethereum’s dominance over the market, we can see that in the past month, ETH has been quite flat while Bitcoin has lost a significant portion of its dominance from a peak of 60.7% to a current low of 57.6%.

Ethereum suffered a crash just like the rest of the market, however, it is far stronger than Bitcoin and others. For comparison, let’s use Bitcoin. Before the initial breakout, BTC was struggling to climb above $10,000 which was the most crucial resistance level. Bitcoin is now trading just above $10K at $10,162.

ETH price on the other hand was struggling to break $250 but it’s still trading at $342 now, almost $100 above the initial breakout threshold. Clearly, Ethereum has been far stronger and was close to reaching the same 24h volume as Bitcoin on September 6, hitting $35 billion in volume, the highest all-time volume.

At this point, it’s clear that Ethereum has lost the daily uptrend but has been able to defend $300 and it’s trying to climb back above an important resistance line at $370. Of course, the most critical level is $400 but Ethereum price is far away from that right now. 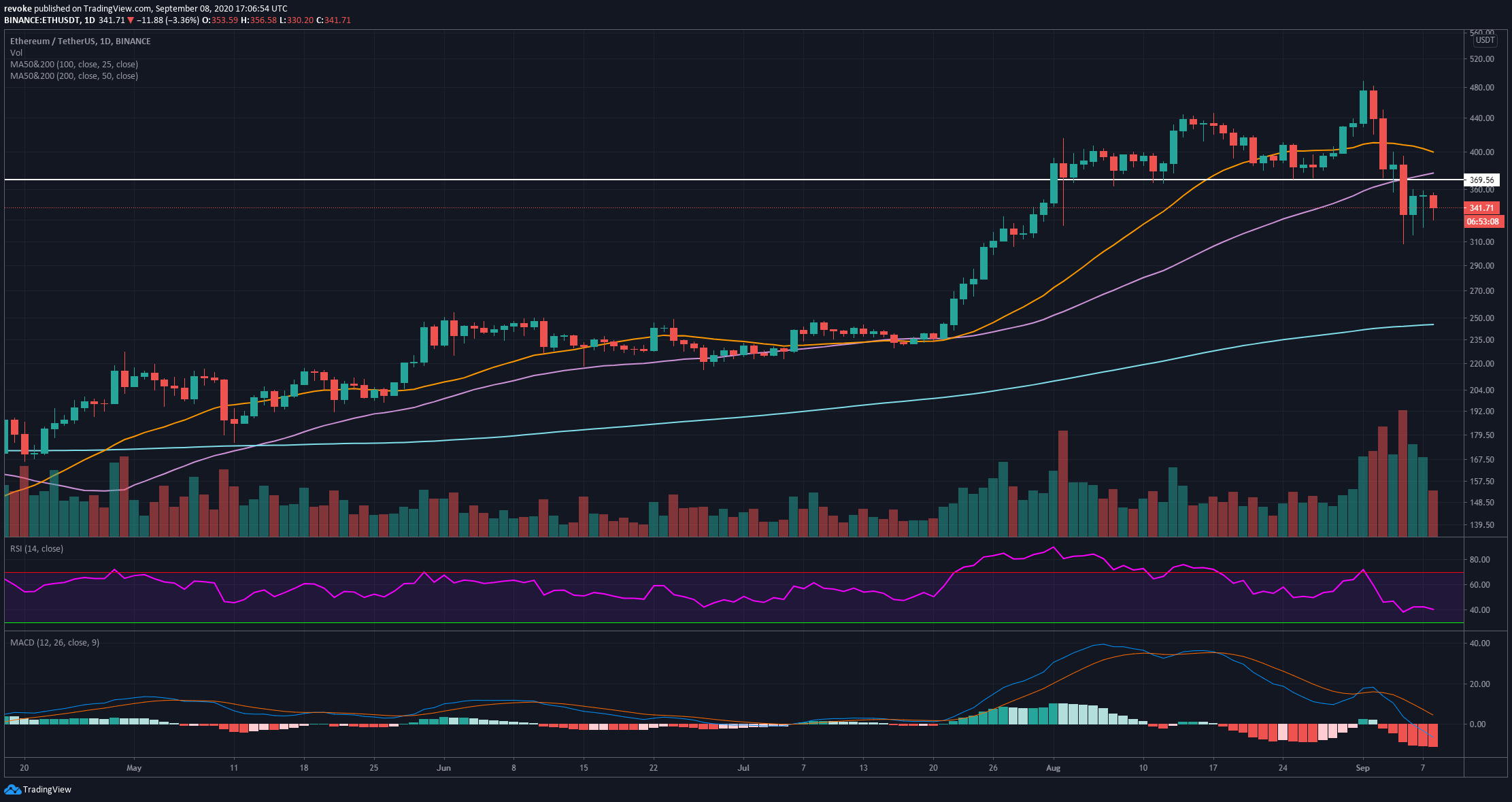 Bulls will find more resistance at the 100-MA and the 200-MA on the daily chart. The MACD turned bearish and the RSI got extremely close to overextension. Historically, oversold RSI levels always led Ethereum to new highs.

The weekly chart is perhaps more important as the long-term will allow us to see the bigger picture better. While the recent crash was notable, nothing has changed inside the weekly chart. Ethereum remains in a weekly uptrend ad has a lot of space to work with. The last clear low would be $216, which means that anything above this level should be considered a higher low and continuation of the uptrend. 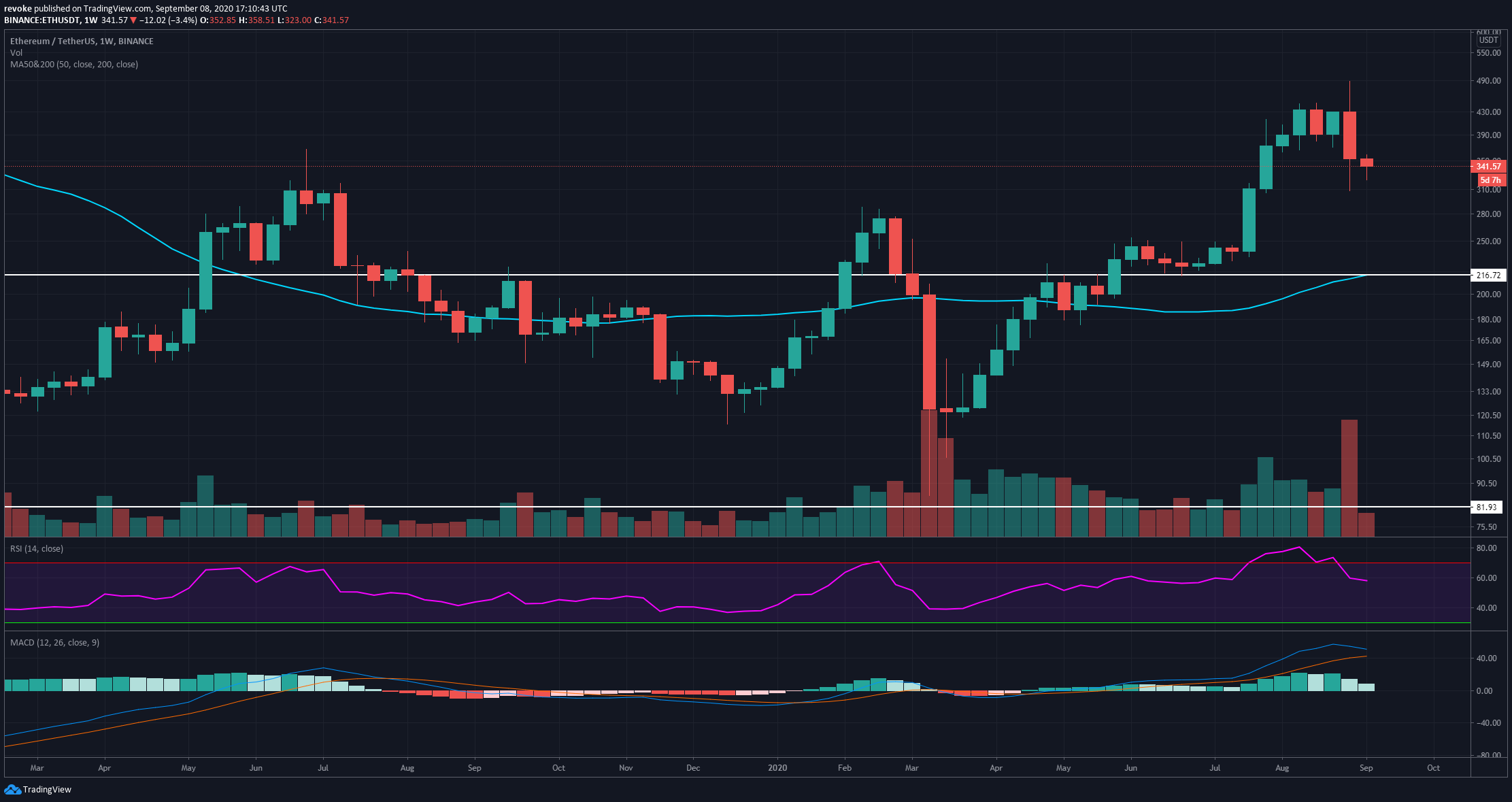 The $216 level also coincides with the 50-MA which means it’s a robust support level. The RSI was overextended and has now cooled off, a healthy indicator. The MACD is turning bearish but won’t pose any threat to the bulls.

As the COVID-19 Vaccine Begins to Circulate, IBM Tackles Logistics Via Blockchain.

At least seven COVID-19 vaccines have officially been approved throughout the world and have begun distribution. According to Bloomberg, distributing billions…