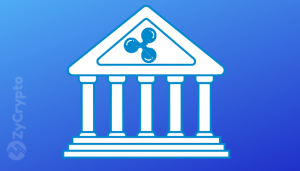 Euro Exim Bank, the first bank to adopt Ripple financial tool xRapid which is powered by its token XRP declared that coming together with Ripple will bring in innovations that will launch a new era of payment solution. This partnership which will soon kick off is aimed by the bank to boost liquidity, starting from the first quarter of 2019.

The bank director, Kaushik Punjani says the bank intends to test both Ripple xCurrent and xRapid, with these they expect to create new payment channels that will offer better payment solutions to their customers and boost the bank’s liquidity. Working together with Ripple, the bank will be able to eliminate cross-border payment restrictions by creating a channel that allows settlement of payment in a cheaper and hassle-free manner.

According to the bank’s head of compliance and operations, Graham Bright as he was speaking with American Banker, he revealed that the bank plans to use Ripple products, XRP and xRapid in eighty countries to test run the efficiency of the digital currency. The bank intended to use these financial tools to enhance trade finance by creating a better platform for their customers in eighty countries to experience a seamless method of paying their local people.

“There’s been a lot of talk around the markets about how blockchain technology can assist in trade finance. We’re interested in moving forward and creating a platform for payments for our clients who are in over 80 countries at the moment, making sure they have a smooth, frictionless way of paying local people.”

Exim became interested in Ripple since last year after some of its executives attended Ripple’s Swell Conference held in San Fransisco in October.

“We realized the type of companies there were very forward thinking in the innovation they were putting in place. We saw the technology would let us easily and quickly originate payments without having bilateral relationships,”

The Ripple community is so pleased that the bank went for Ripple instead of SWIFT. Bright who has been a regional manager at SWIFT for over 20 years says their clients are prepared to ensure the partnership becomes a success.

Ripple is already shaking hands with over 200 firms who are benefiting from its product, CEO, Brad Garlinghouse in a recent interview said that more banks are ready to “flip the switch.” Ripple’s coverage is growing rapidly as more banks come on board the platform.

Five years is an eternity in crypto. Since Cloudbet first launched, the landscape has changed countless times. One thing has…

How NeoNomad Brings Everyone Onboard with Decentralized Finance