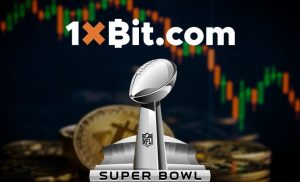 “Bitcoin” and “Super Bowl” are the two most hot topics these days. But why? What do they have in common? You may say “nothing” and you’ll be wrong. Let’s figure out why.

During 2017 Bitcoin was quite successful and profitable on the cryptocurrency market with its increase up to nearly $18,ooo in December. It was a major step forward for the cryptocurrency holders. As a part of this huge price spike, a buying frenzy ensued with just about everyone wanting to get involved with Bitcoin. Unfortunately, the situation changed dramatically in 2018.

Within 1 month of 2018, this currency lost about $80 million in market capitalization and that happened right in the time of the Super Bowl. Just a coincide certainly, but it doesn’t deny a fact that Bitcoin dropped massively.

But what are the real causes of this fall?

We must always take into consideration that digital currencies are volatile. Bearing that in mind, other factors that would contribute to this decline are:

Among these 4 presumable factors, the US Banks’ refusal is probably the most significant. As a result, the price fell more than $2,000. That’s quite an intense drop off in 2 days. Such a sharp drop seems to suggest there is a potential correlation between the Super Bowl weekend and the Bitcoin price.

As for 2018, Bitcoin stabilized at around $6,400 on the sidelines of Ripple (XRP) and Ethereum gaining their popularity.

There is a high probability that this year Bitcoin will fall during the Super Bowl weekend. Two reasons may be as follows: past performance is an indicator for the future as well as an interesting trend showing Sundays as the best times to trade cryptocurrency.

But it’s not an issue for sports bettors, they have a unique opportunity not only to bet on their favourite team winning the Super Bowl, but also on whether Bitcoin will fall on Super Bowl weekend. It’s an excellent chance to double down your cryptocurrency wallet even if Bitcoin crashes again. Keeping this in mind, don’t be afraid to bet on Bitcoin on online sportsbooks like 1xBit, which provides a solution to increasing the value of a player’s cryptocurrency.

The post Experts Disputes Bitcoin Will Drop During The Super Bowl 2019 appeared first on ZyCrypto.

Over the last 24 hours, the top cryptos have been trading sideways with mild losses and gains. All of today’s…