EOS has been on a rampage after the cryptocurrency increases by a total of 7% over the past 24 hours, surging EOS to break above the $6.00 level. The coin has now seen a 60% price rise over the past 30 days with a further, rather remarkable, over 120% price increase within the past 90 days.

The recent price increase today can largely be attributed to the fact that EOS has recently been added to Coinbase Pro. In fact, since launching yesterday, Coinbase Pro now accounts for over 35% of the EOS trading volume.

EOS now is ranked in 6th place on the top cryptocurrencies by market-cap value as it holds $5.37 billion market cap.

Looking at the EOS/USD 1-Day Chart: 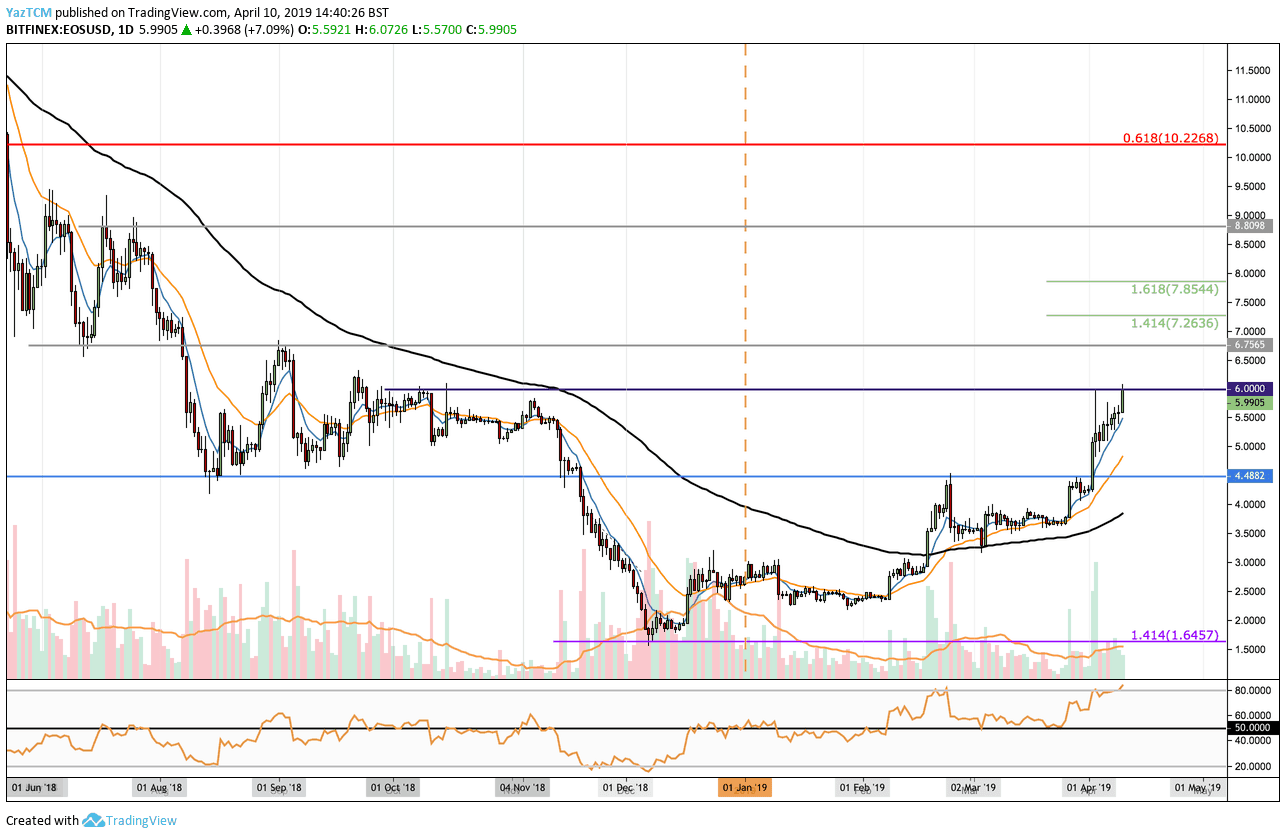 Looking at the EOS/BTC 1-Day Chart: 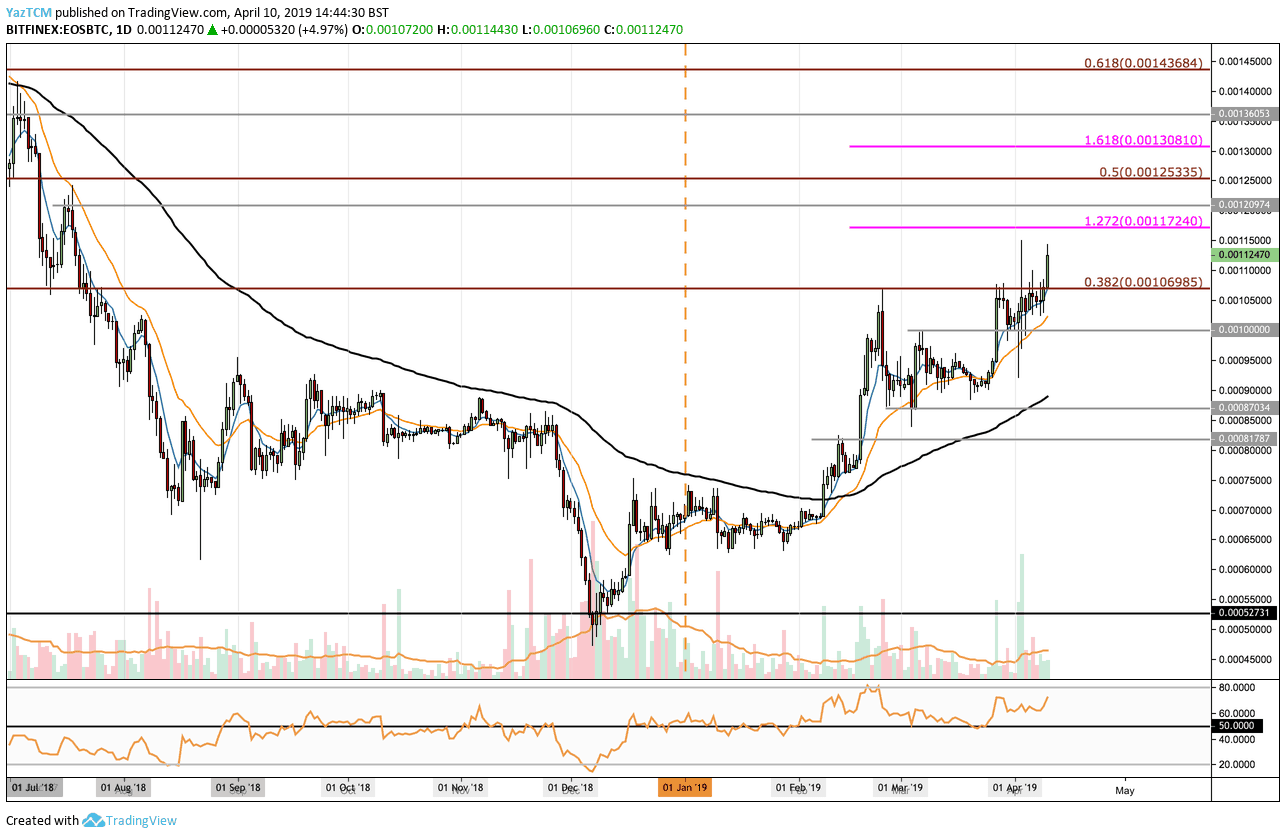 Bitcoin Price Prediction: BTC Gears Up For a Final Push Above $20,000

It Will Take a While Before a Bitcoin ETF Approval: Yoni Assia, CEO of eToro Says