Gold is climbing again after some U.S. dollar weakness today. The price of Gold is also heavily influenced by the European Central Bank policy decisions after an announcement this Thursday about keeping the interest rates unchanged. Gold is currently trading at $1,947 and it’s inside a daily symmetrical triangle. 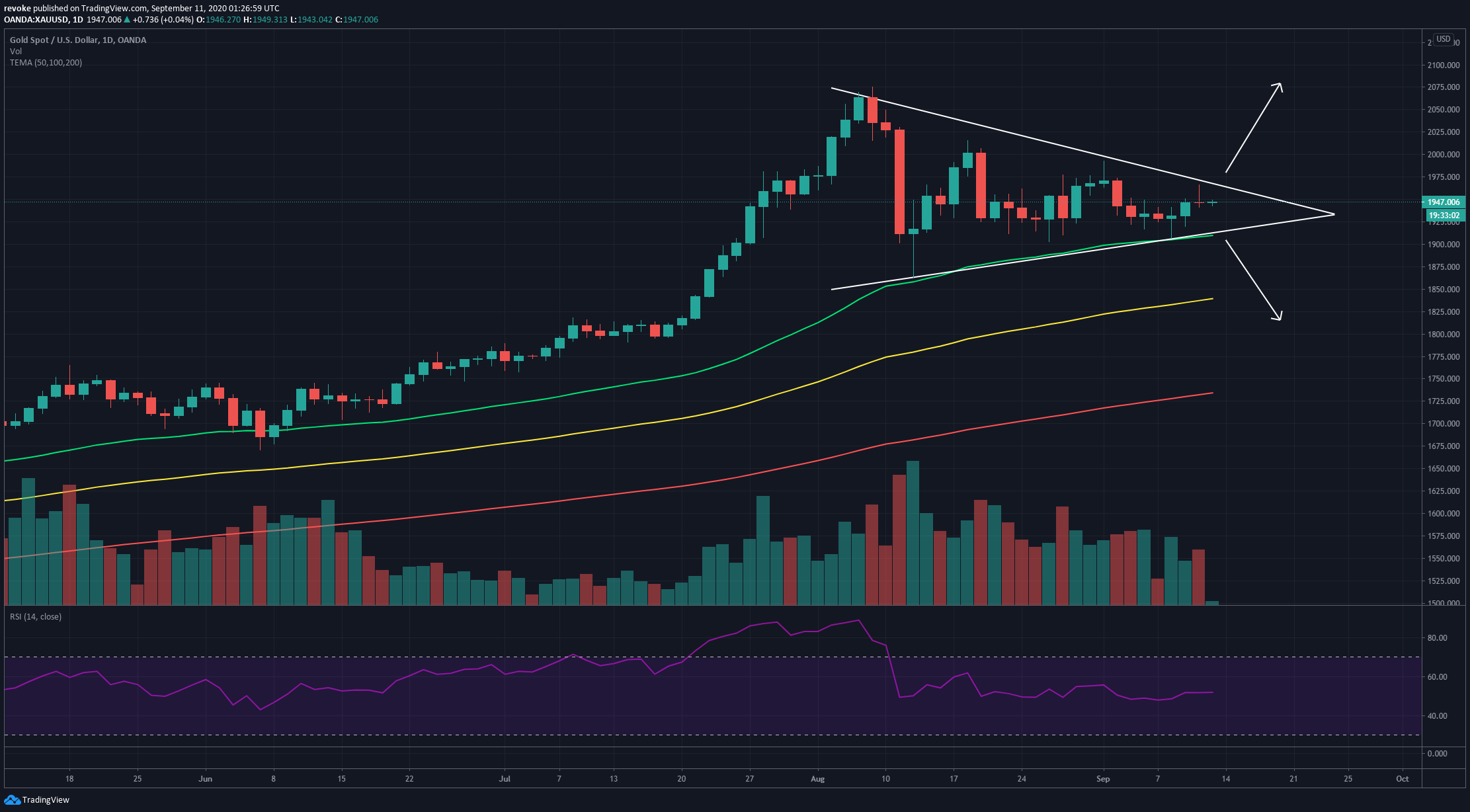 The current top of the triangle is $1,966 and the bottom at $1,906. A breakout of any of these two levels would most likely be the spark for bulls or bears.

The RSI is currently around 51.91 while trading volume seems to be declining as traders are expecting a big move to happen soon. The entire U.S. stock market still has mixed feelings after the recent jobless claims. The Dow Jones lost another 405 points in the past 24 hours. Similarly, the SP500 is down 1.76% after its close.

We know gold is in a clear uptrend and has also formed an equilibrium pattern in the weekly chart. The RSI has been quite high but this is not the first time. Back in June 2019, the RSI was overextended for several months before a pullback. Similarly, the RSI was also heavily overbought in July of this year and it also took several weeks to cool it off. 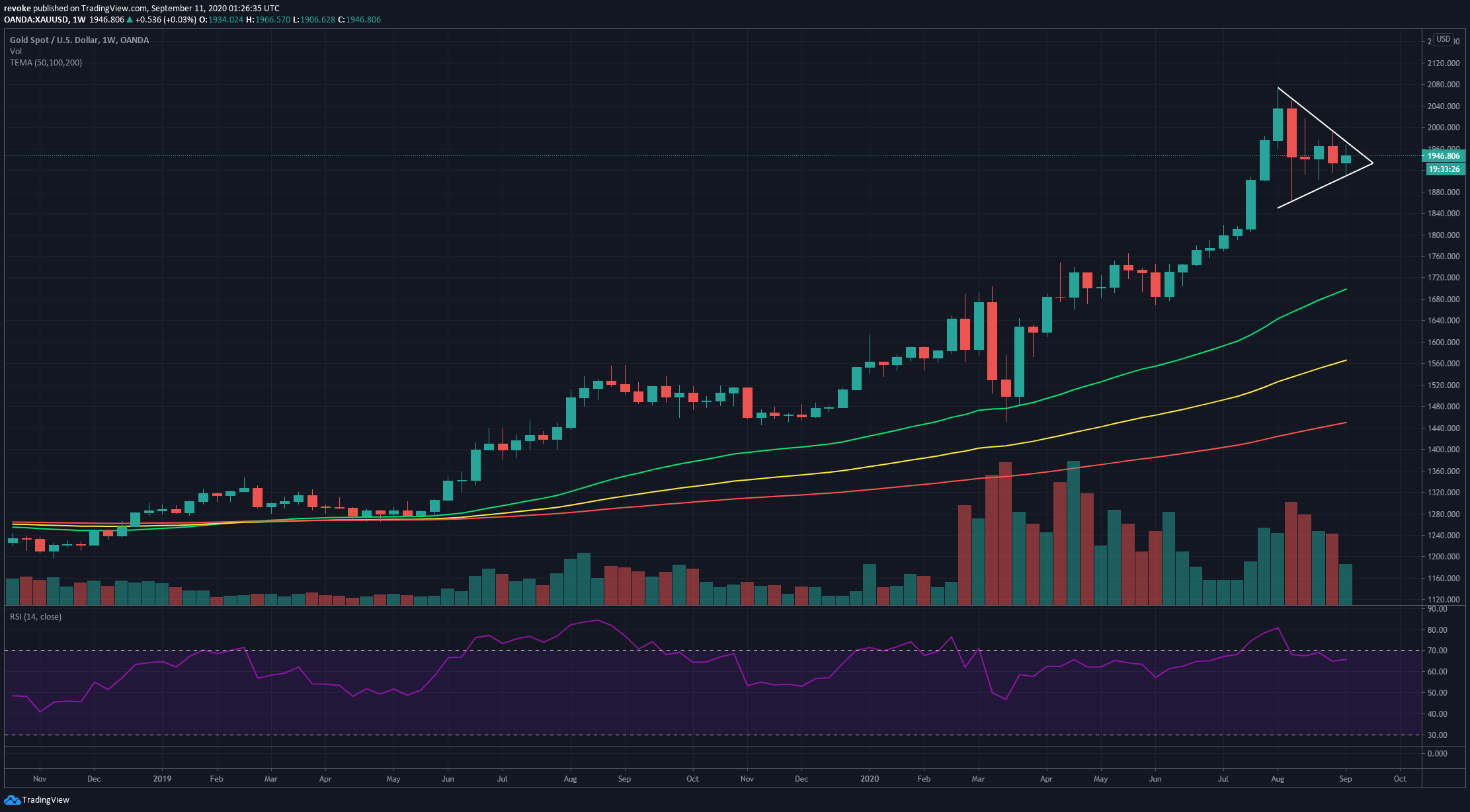 The most important pattern and indicator is the equilibrium pattern. On the way up, gold isn’t facing too much resistance.

PAXG, the Gold of Crypto

As gold is one of the most stable assets in the market, cryptocurrency stablecoins are starting to make use of it. PAX Gold (PAXG) was created by Paxos as an asset-backed token where each coin represents one fine troy ounce of a London Good Delivery gold bar.

All of the gold is actually stored inside vaults and customers can buy the PAXG token to have full ownership of the gold bars which can be converted to the actual gold. The ratio backing PAXG is 1:1 but the total supply changes to continuously mimic the price of gold.

The price of PAXG is currently $1,945, just like Gold. There are 31,000 PAXG tokens circulating right now and the total market capitalization of all the tokens is $60 million. The tokens can be bought through several big exchanges like Kraken, FTX, and even Uniswap.

Top 10 Staking Blockchains 2020 – These Proof of Stake Coins Have Had the Highest Return this Year!

Proof of Stake is one of the two main consensus protocols used to verify transactions and secure blockchains. Proof of…

Earn Up to 3.75% a Month Passive Income on Your Crypto

There are countless ways to earn a passive income in the crypto arena. Many of these involve a high level…