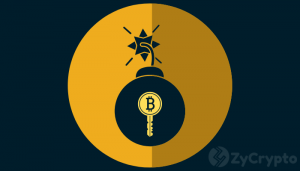 An adversarial threat group known as The Dark Overlord has threatened to release sensitive documents that reveal the truth about the 9/11 incident unless those who are potentially affected pay them an unspecified ransom in Bitcoin. The announcement added that all those involved can have their names removed if they cooperate and make the required payments.

According to the group, the documents in question contain information on the true circumstances surrounding the 9/11 incident which may be contrary to what the world has been led to believe.

“We’ll be providing many answers about 9.11 conspiracies through our 18,000 secret documents leak.”

Already, the group has posted a link to a 10GB document on the 9/11 incident and have threatened to grant access to the document if they are not paid the ransom. The file which they claim will reveal “the truth about one of the most recognizable incidents in recent history and one which is shrouded in mystery with little transparency and not many answers” is said to contain confidential government document that was retained by legal firms when they should have been destroyed.

The 9.11 story refers to a 2011 incident involving four attacks purportedly planned and executed by terrorists on Tuesday, September 11, 2001, killing 2,996 people in the United States. There have been several speculations since the incident until The Dark Overlord hacker group showed up with this leaked file as the truth concerning the incident.

It seems this is not just an empty threat as the group had in April 2018 leaked the data of 1,600 important government officials in a hack despite the payment of their required ransom. It was during the hack that the current 9/11 secret files were accessed and stolen by the group.

According to reports, the group has hacked several other companies such as Netflix and Plastic surgery clinics, offering sensitive information for sale on the dark web in order to extort money from its victims.

Other victims so far include major global insurers like Lloyds of London, Hiscox Silverstein Properties, which owned the World Trade Center complex that was involved in the 9/11 attack and various government agencies.

Hacks for ransom are not new especially in the year 2018. However, an organized group that has a clear identity is a bit new as they have claimed responsibility for several past hacks amounting to 50 companies and still counting.

The post Hackers Threaten to release Classified documents on 9/11 attacks If Not Paid Demanded Ransom in Bitcoin appeared first on ZyCrypto.