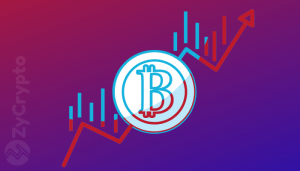 After all the carnage the crypto markets suffered during the bearish 2018, hopeful bag holders and curious outsiders have been wondering where exactly is the bottom?

According to Fred Wilson, co-founder of Union Square Ventures, the end of the long bear run Bitcoin and altcoins have suffered is almost over.

“I expect we will see some bullish runs, followed by selling pressures taking us back to retest the lows.” He says the end of the bear market is nearing and that the bulls will run this year. “I think this bottoming out process will end sometime in 2019 and we will slowly enter a new bullish phase in crypto.”

Since its inception, BTC has kept its value on what investors think it can potentially deliver in the future. Then the ICO craze hit and investors had dollar signs in their eyes, imagining all of the use cases that utility tokens would deliver. However, Wilson explains that ultimately the use of cryptocurrency, and not speculative investing will push the price next time around.

“I think the catalyst for the next bullish phase will come as the result of some of the many promises made in 2017 coming to fruition in 2019,” Wilson says that as the technology develops the value will become more clear. “I think we will see a number of ‘next-gen’ smart contract platforms ship and challenge Ethereum for leadership in this super important area of the crypto sector.”

As traders look to enter as inexpensively as possible, the most important thing to remember is that without real-world use, cryptocurrency will fade away.  Ultimately, the bottom might be decided by how long it takes until a killer blockchain application takes off and becomes popular on a worldwide basis.

Similarly, experts like Paul Veradittakit, a partner at the cryptocurrency investment fund Pantera Capital, and Anthony Pompliano, founding partner at Morgan Creek Digital predict that a lot of players in the space will fade away. They contend that cryptocurrency companies without valid use cases will struggle and entities like hedge funds will disappear as the market makes it way to the bottom.

They all agree, however, that these factors should culminate in a bull market sometime in 2019.

The post Has Bitcoin bottomed out? Will 2019 see New Highs? appeared first on ZyCrypto.

ProBit Exchange is glad to announce a new pairing to list Grimble (GMB). GMB/KRW and GMB/ETH trading pairs will be…

New Bitcoin Whales Movement Could cause even more Volatility than Usual

According to the analytics firm Flipside Crypto, there has been an uptrend in previously dormant Bitcoin wallets coming back to…