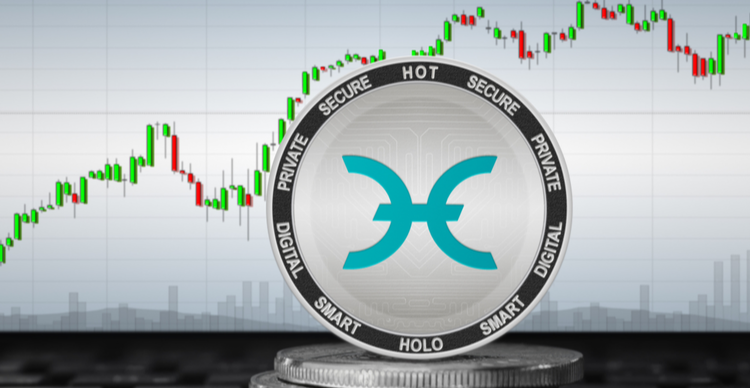 Holo (HOT) is currently trading in the green on the daily, weekly and monthly time frames, giving the coin a positive outlook on the charts. The coin has formed a bullish continuation pattern on the daily chart and a breakout above the resistance line of the pattern could see HOT price repeat the uptrend seen in early August.

Looking at the HOT token price charts, there’s a potential breakout that might see the value of the token jump nearly 119% in the coming weeks. This price prediction should play out if the suggested technical picture is confirmed.

The value of the Holo token is up 80% over the past 30 days, with the past year seeing a significant upside of 1,400% as seen on CoinGecko.

The technical indicators on the daily chart hint at an upward continuation. The daily RSI is trending with a positive divergence as it moves towards the overbought territory. The 50-day EMA has crossed above the 200-day EMA and is rising to suggest further gains. Recently, one crypto analyst pointed to the EMAs as suggesting fresh gains for Holo price.

$HOLO: I’m still in this position, super slow trade. I just have my sells set and going to keep waiting. The EMAs are primed for this to move IMO, 50/200D EMA bullish cross incoming. #HOT #HOLO pic.twitter.com/KApeBmvyL0

There’s also a potential breakout given the bullish flag pattern formation. If buy-side pressure increases short term, the pattern’s flag pole shows a 119% jump. Taking this upswing value and setting a price target suggests Holo price is poised for a major move. In this case, the HOT/USD pair will have key barriers around $0.017 and $0.023, with the uptrend objective set for $0.025.

While the price prediction for Holo price is for bulls to rally higher in the short term, there’s the possibility for a bearish flip once the price reaches the first supply zone around $0.017. The horizontal line marks the rejection point in late April that saw HOT/USD eventually touch lows of $0.004.

Holo thus looks likely to see a pullback around this level before continuing higher towards $0.025 as suggested, which makes current prices a bargain.

Up to 75 cryptocurrency exchanges have closed this year